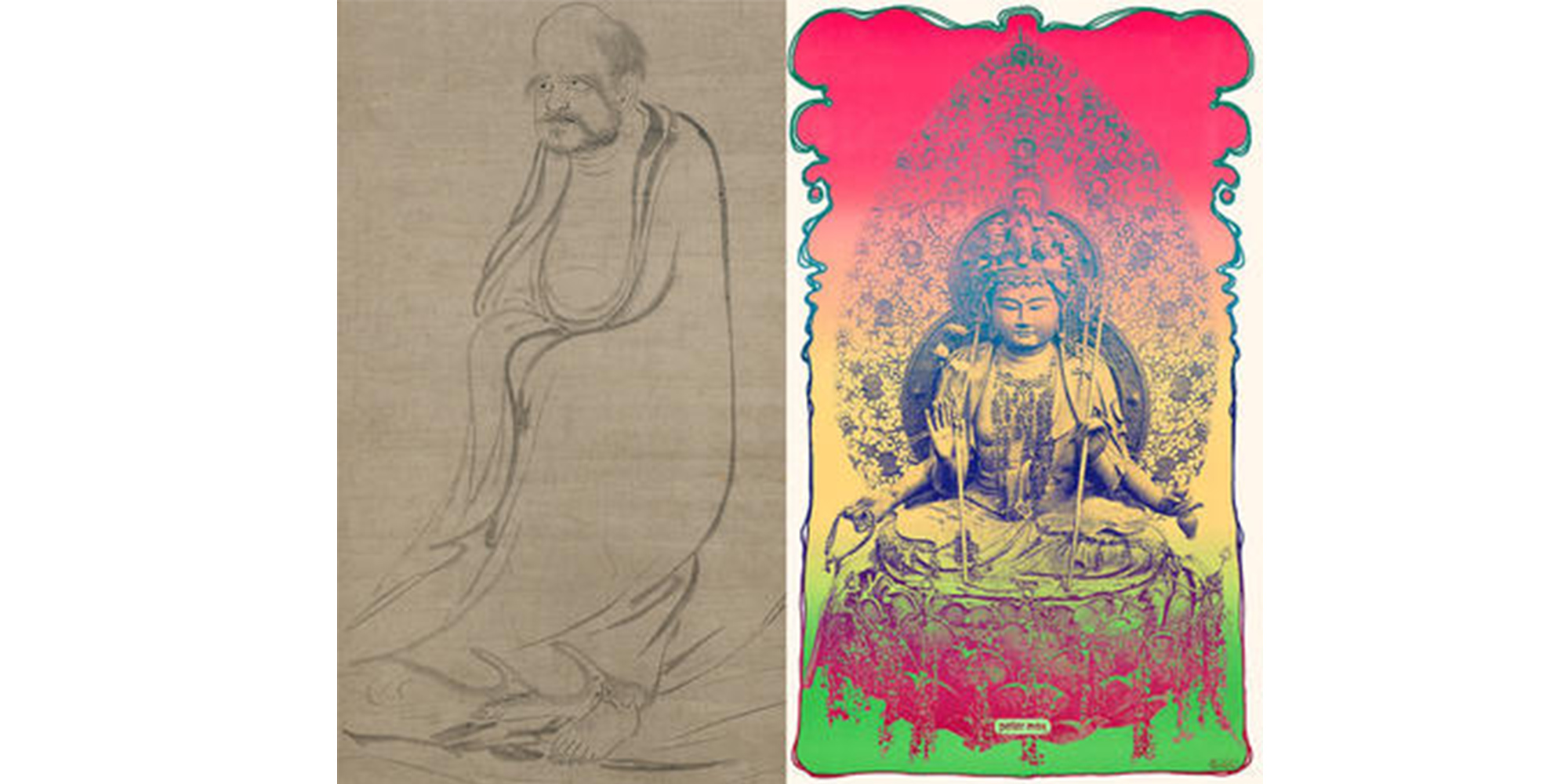 Buddhas | Buddhisms: Across and Beyond Asia

This exhibition presents Buddhist objects and Buddhist-inspired artworks, from across and beyond Asia, in their many and varied styles and expressions. The concept of “Asia,” which was invented by ancient Greeks and Romans and perpetuated by European geographers, misrepresents diverse groups of people and their divergent civilizations by suggesting they form a cohesive whole. Buddhism, however, is one of the few cultural traditions that has connected distinctive Asian populations over time.

For centuries, Buddhism has been a global phenomenon. Originating in historical India 2,500 years ago, the religion spread throughout Asia via trade routes, notably the Silk Road joining East and Central Asia and water routes extending to South and Southeast Asia. The term “buddha” (enlightened or awakened one) originally referred to Siddhārtha Gautama, a prince born in the sixth or fifth century BCE. Legend has it that he renounced royal life and meditated to achieve enlightenment, by which he broke the endless cycle of suffering and rebirth. Siddhārtha’s teachings were the foundation of Buddhism, but “buddha” later came to be used for all beings that attain enlightenment.

The religion and its practices have continued to adapt to new contexts and believers since the 19th century, shaped by factors including the escalating migration of Asian Buddhists, the growth of Buddhist institutions worldwide, and the emergence of modern Buddhist studies against the backdrop of western imperialism. Just as Buddhism evolved into multiple forms, Buddhist imagery and art were also transformed by each culture that the religion encountered.

Professor Christine I. Ho of UMass Amherst and Smith College alumna Levy Singleton ’19 have contributed to the development of this exhibition.

SCMA is grateful to the Davis Museum at Wellesley College, the Mead Art Museum at Amherst College and the Mount Holyoke College Art Museum for their generous loans.

This exhibition is supported by the Nolen Endowed Fund for Asian Art Initiatives. All the works on paper and silk in the exhibition will be rotated in February for conservation purposes. Please visit both rotations in the fall and spring.

Explore stories of buddhist deities through visual art in this morning for K-12 teachers.