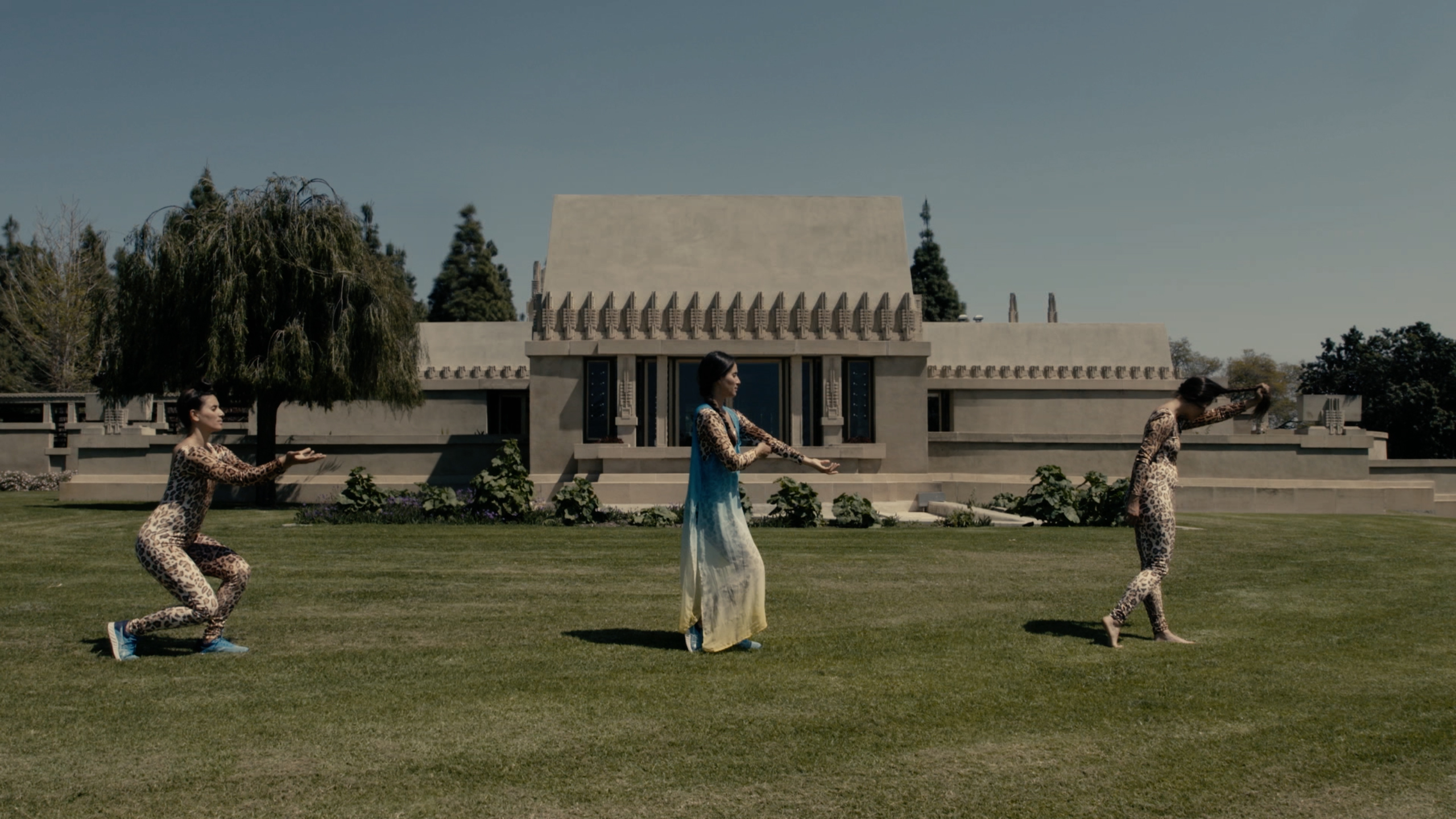 Clarissa Tossin’s Ch’u Mayaa questions the forms of cultural appropriation in modernist architecture. Tossin focuses on Mayan Revival style as it manifested in Los Angeles during the early 20th century and sets the work in the Hollyhock House (built 1919–1921), a private home in Los Angeles designed by Frank Lloyd Wright. Working with the choreographer and performer Crystal Sepúlveda, Tossin based Ch’u Mayaa’s choreography and movements on the gestures and poses represented in Mayan ceramics and murals.

Ch’u Mayaa was originally commissioned by the City of Los Angeles Department of Cultural Affairs for the exhibition Condemned to be Modern, as part of the Getty Foundation’s region-wide program Pacific Standard Time: LA/LA.

Purchased with funds from the Contemporary Associates, Smith College Museum of Art