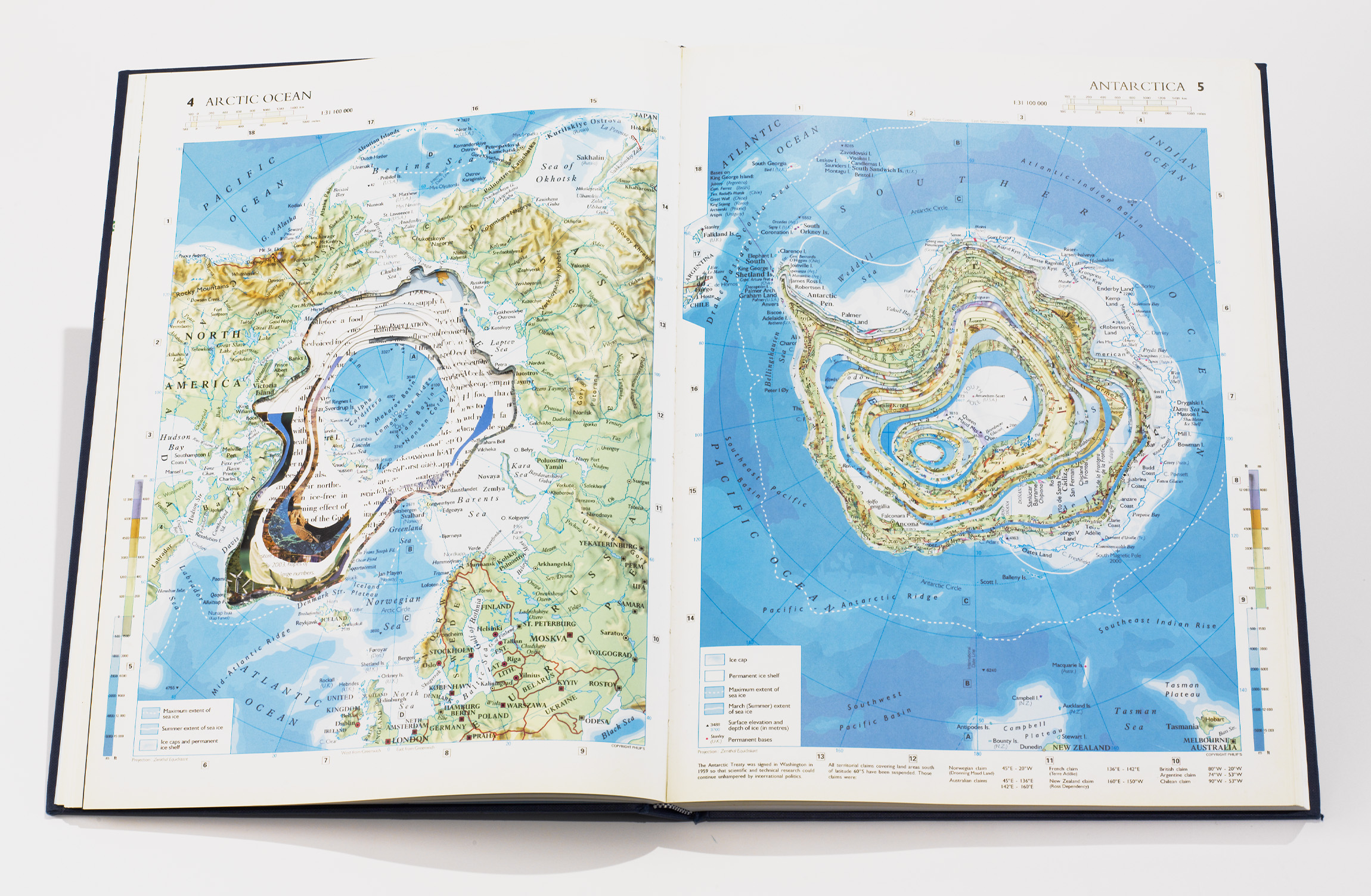 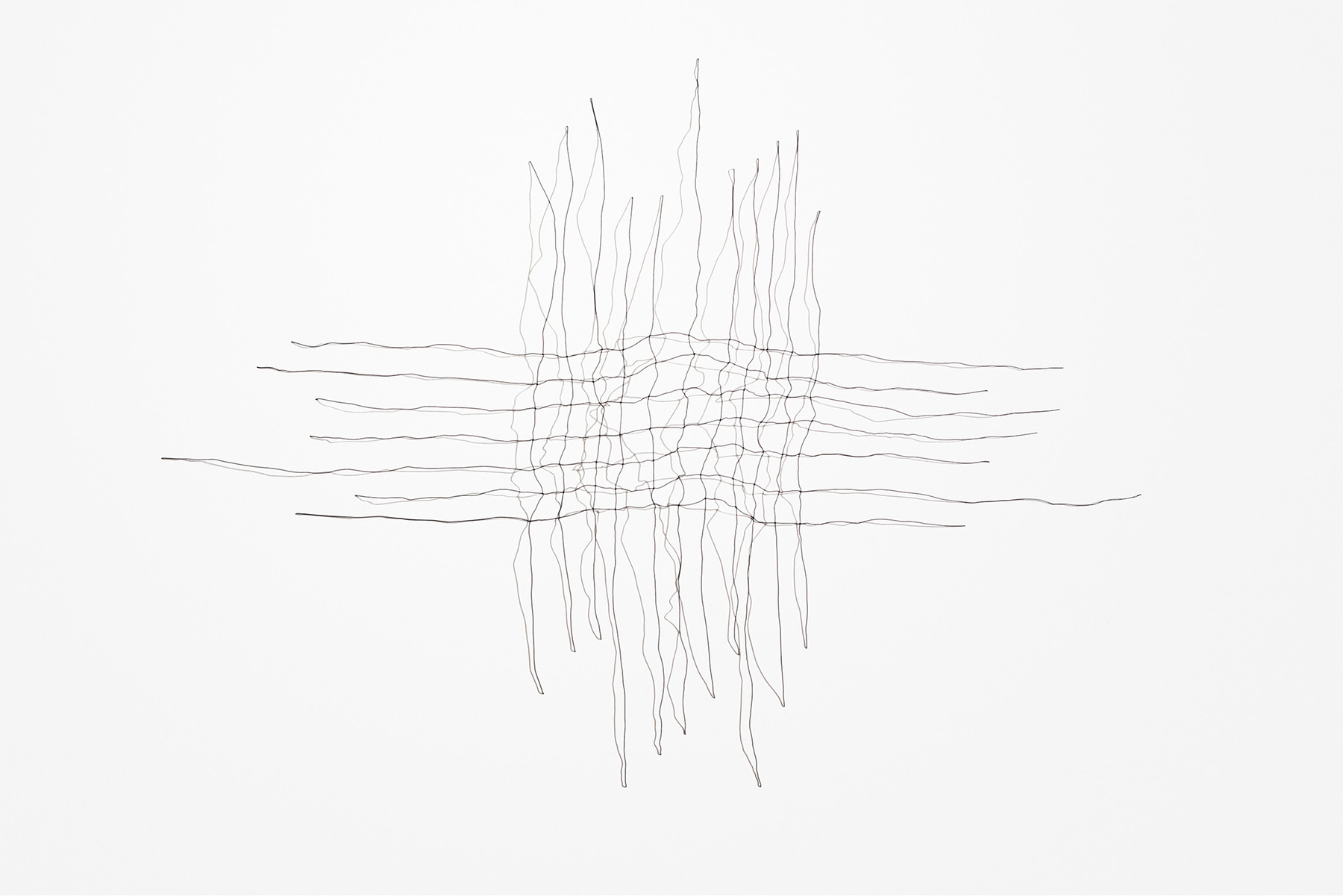 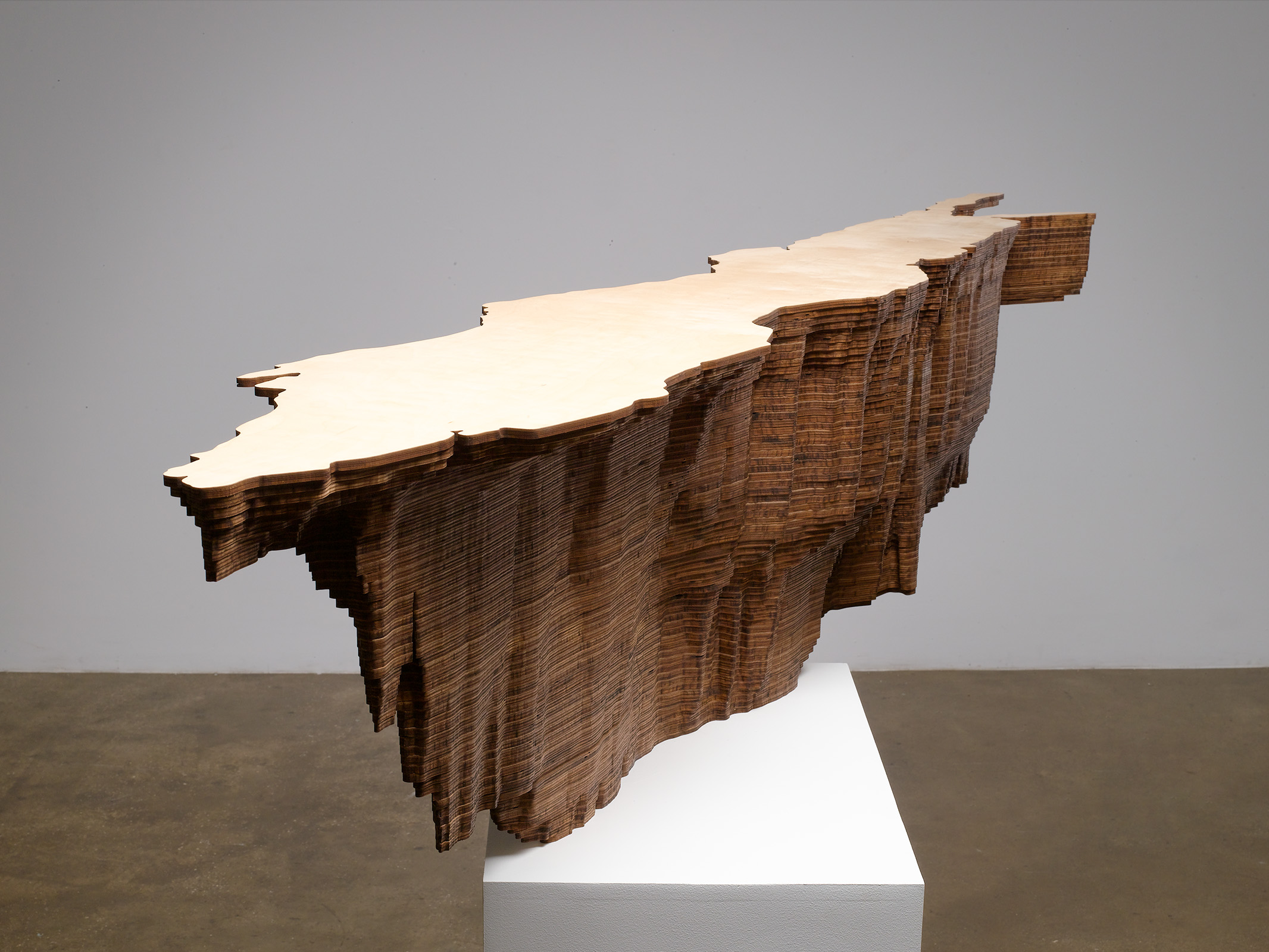 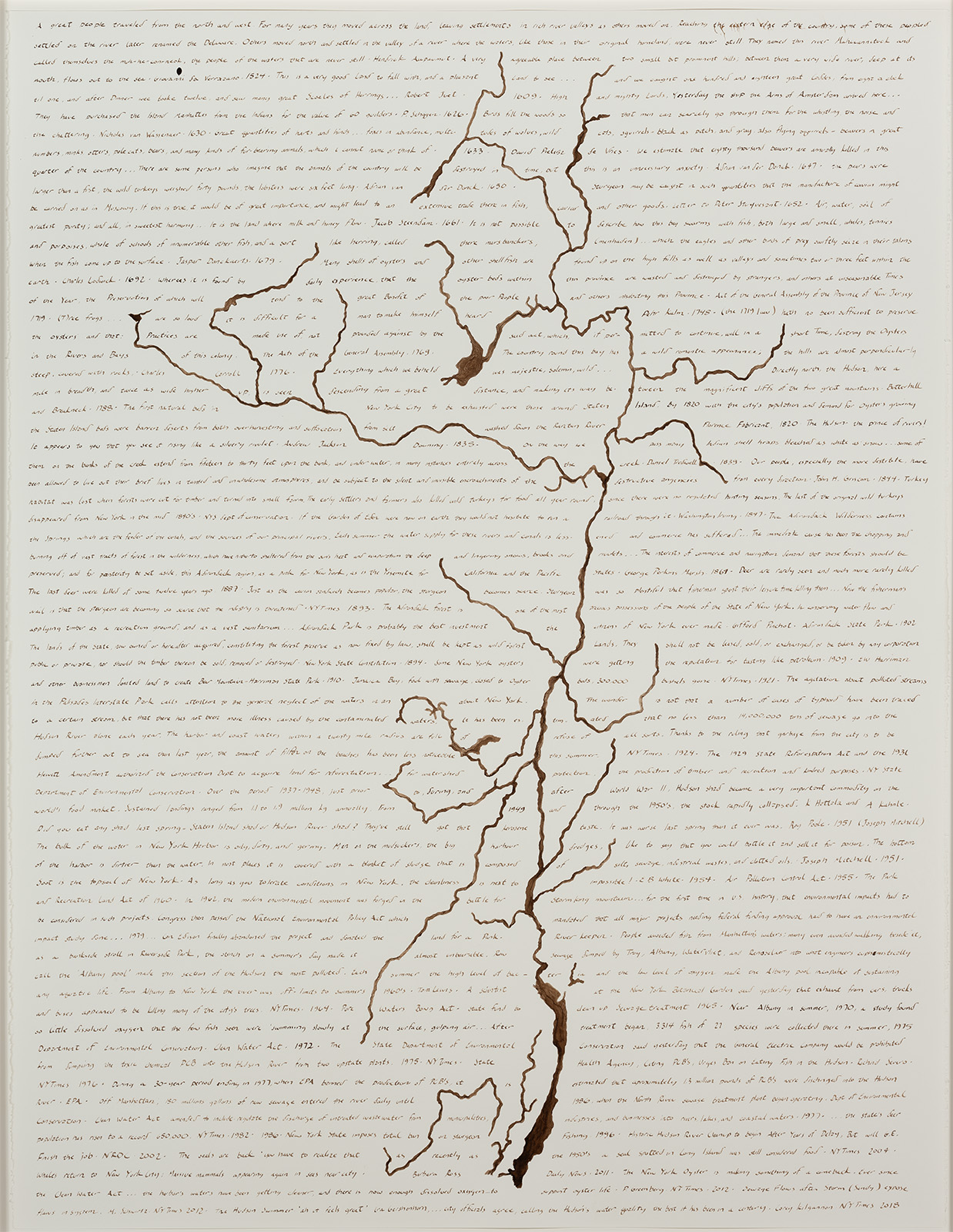 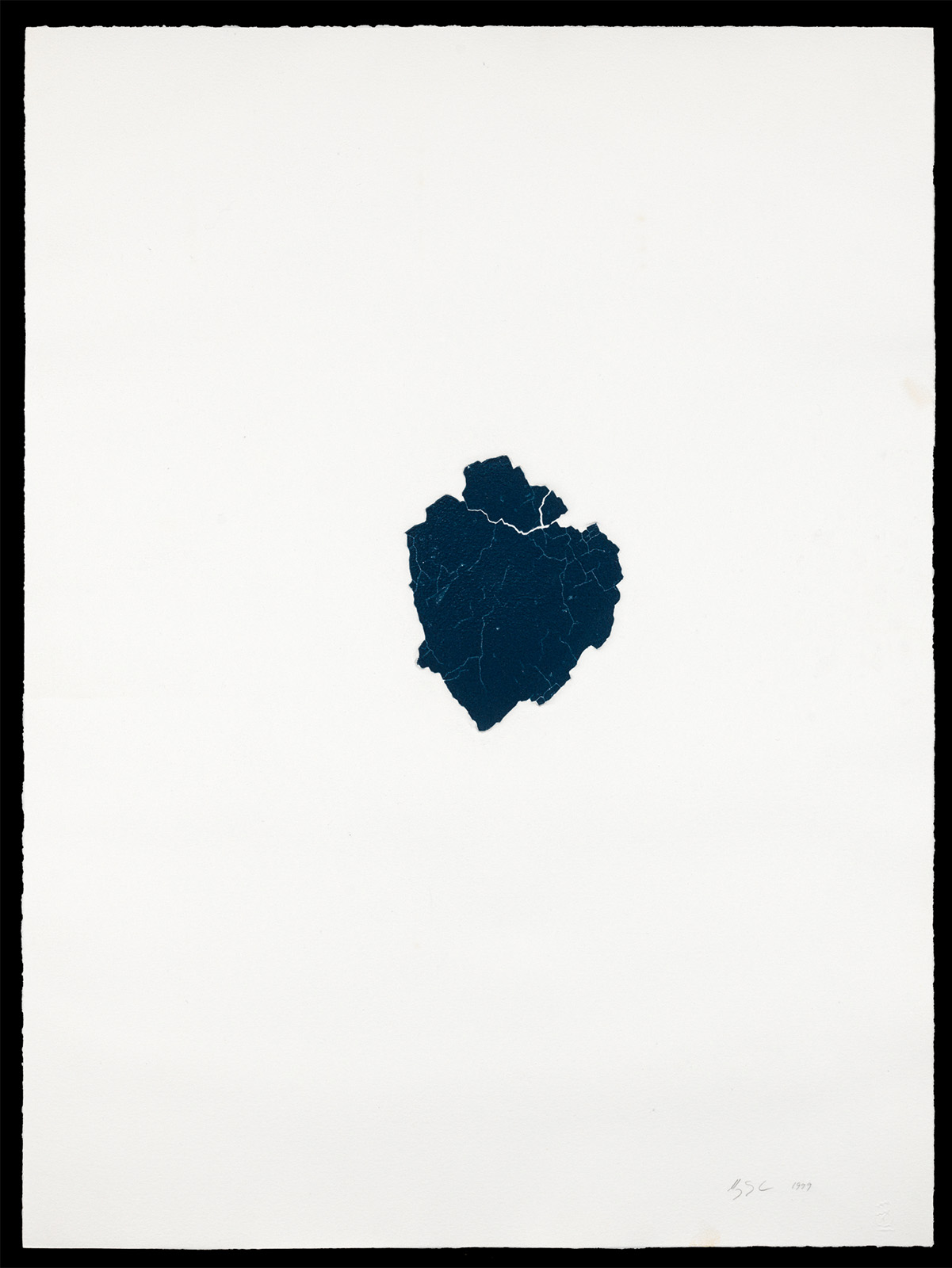 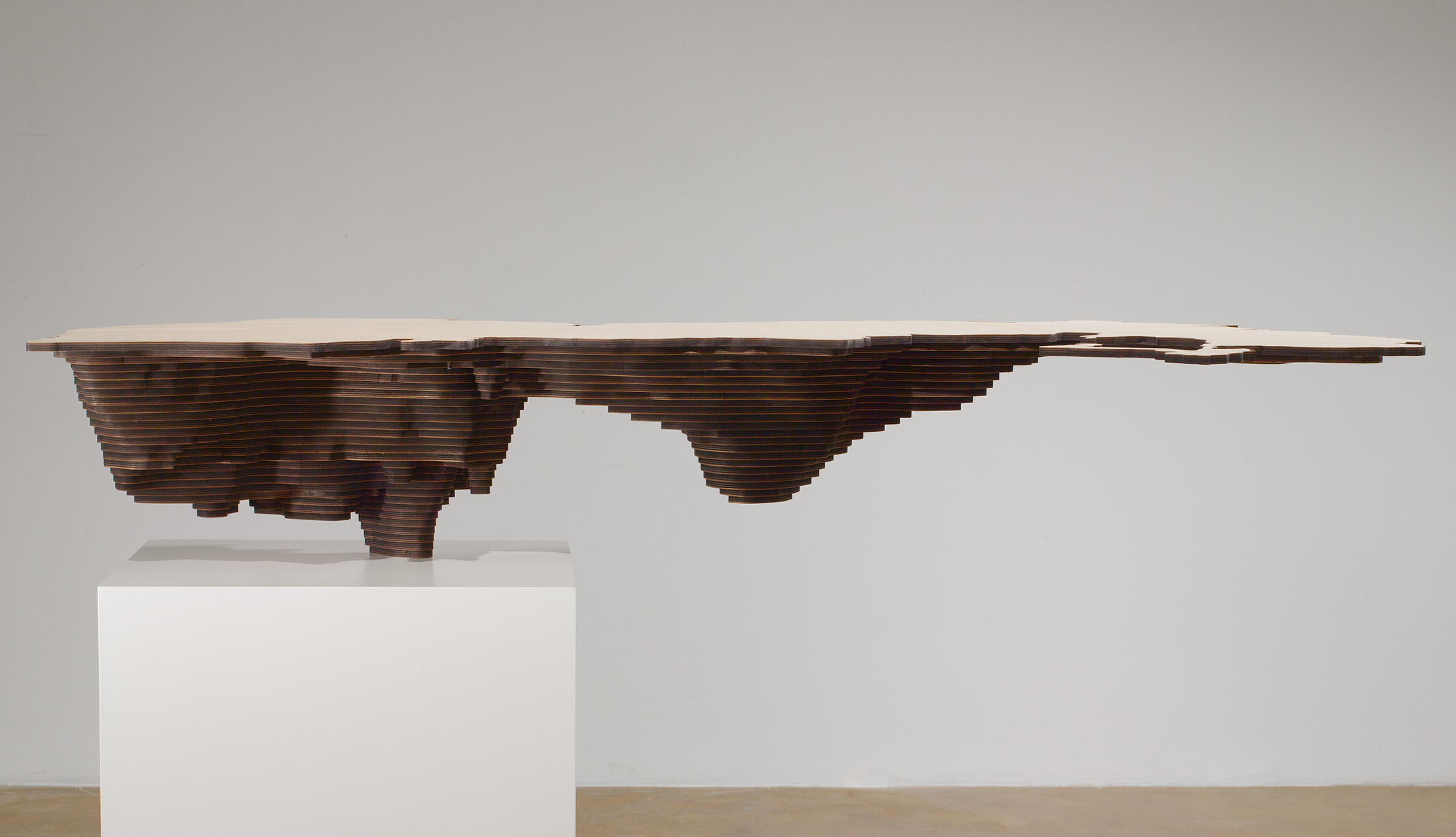 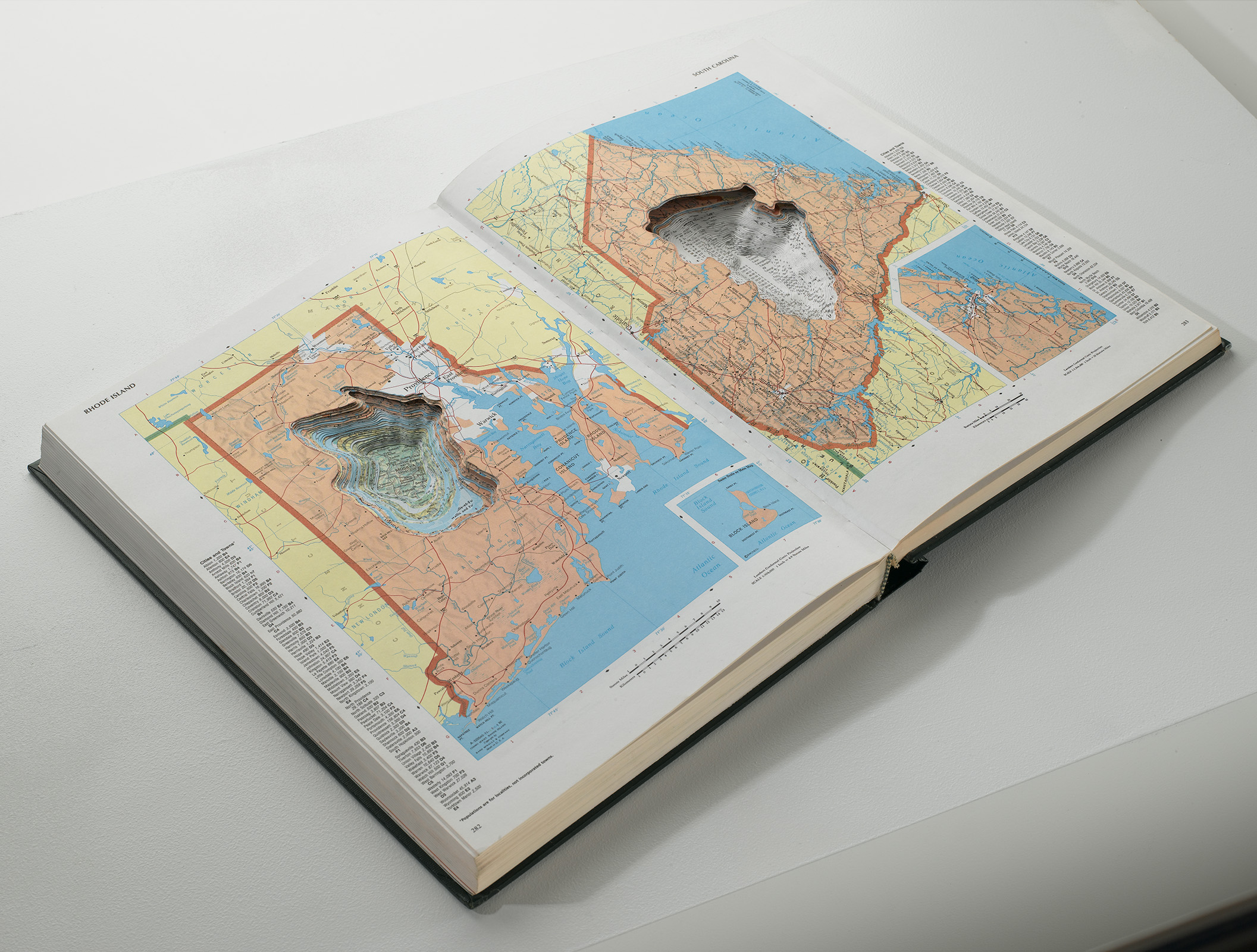 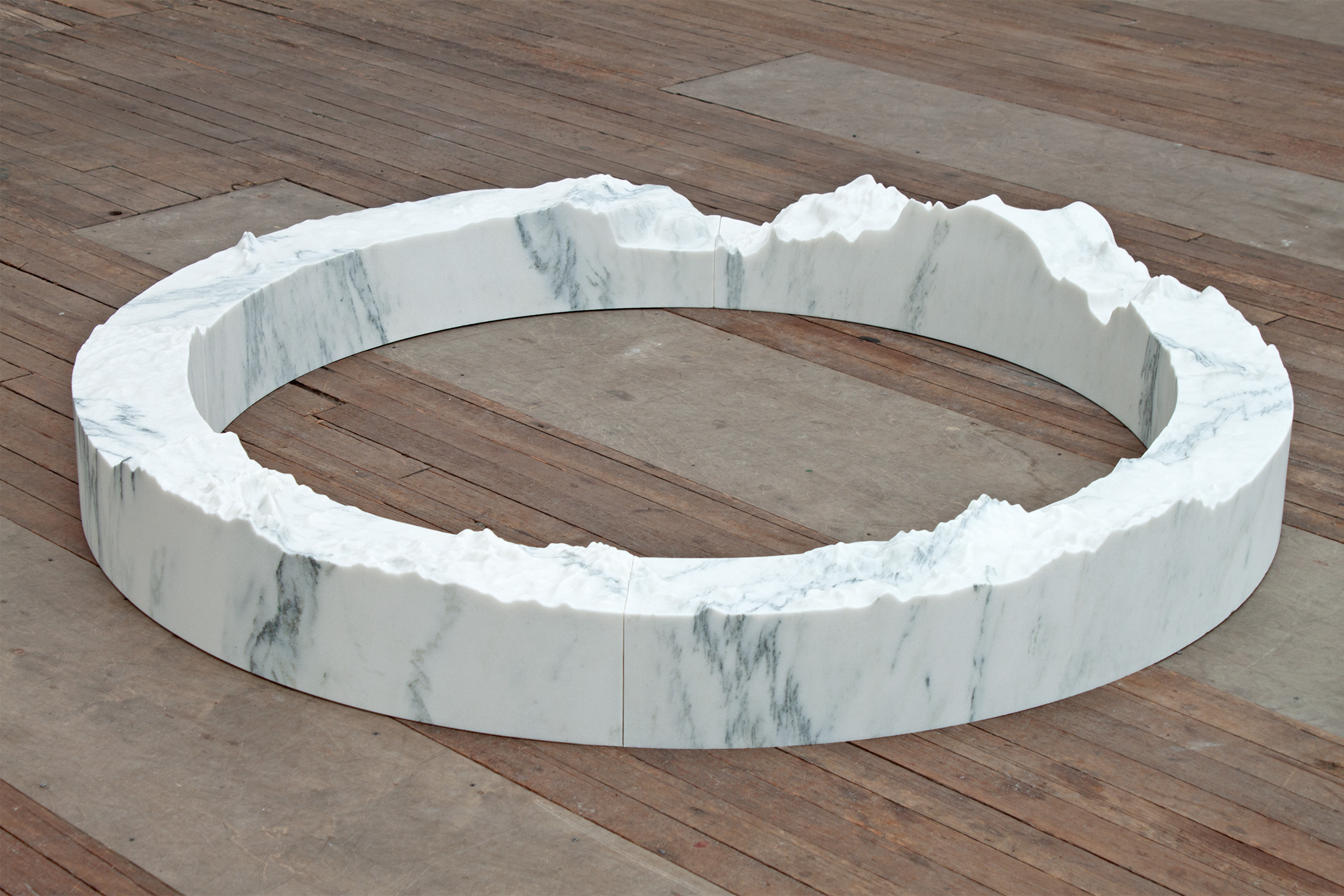 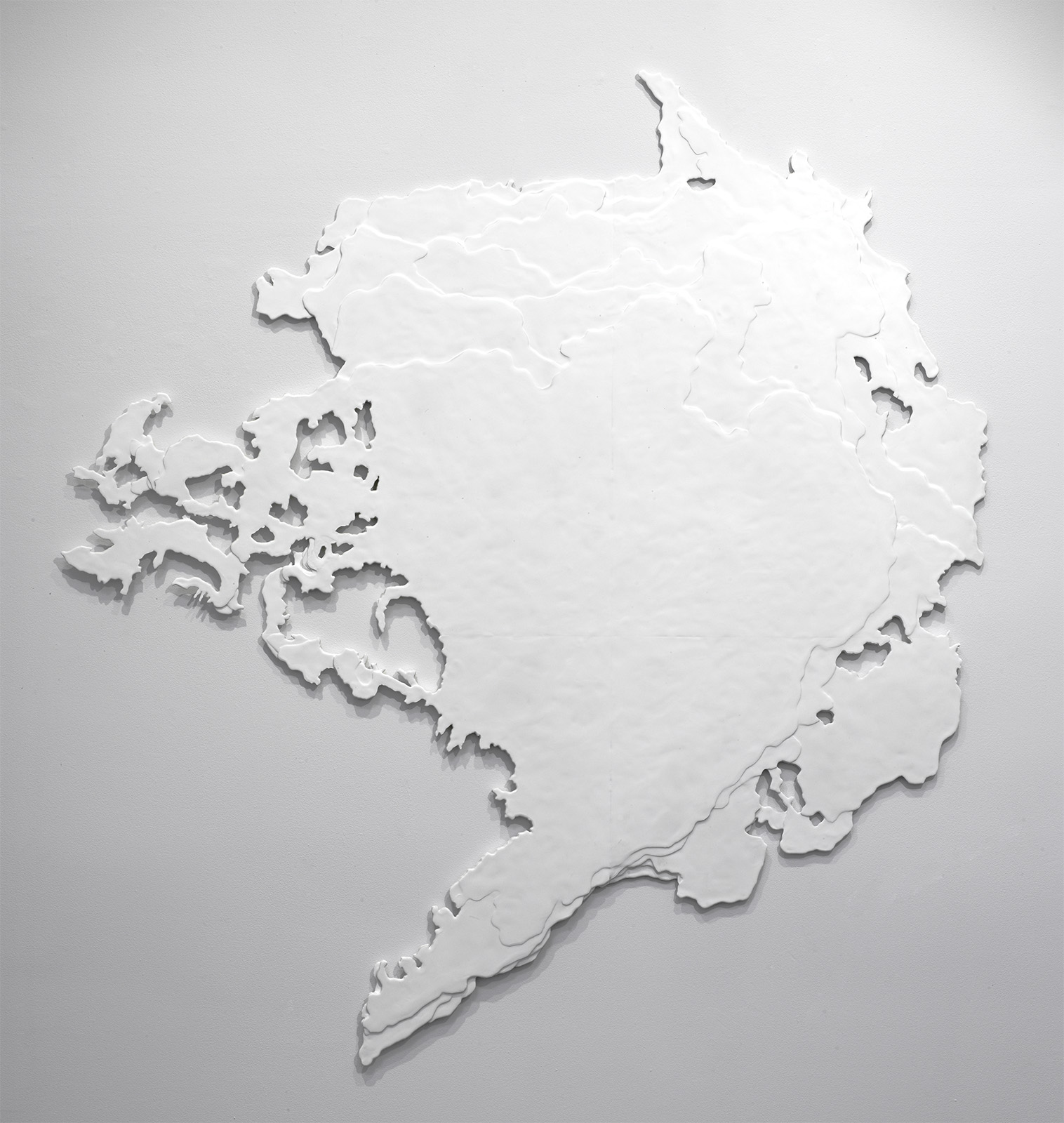 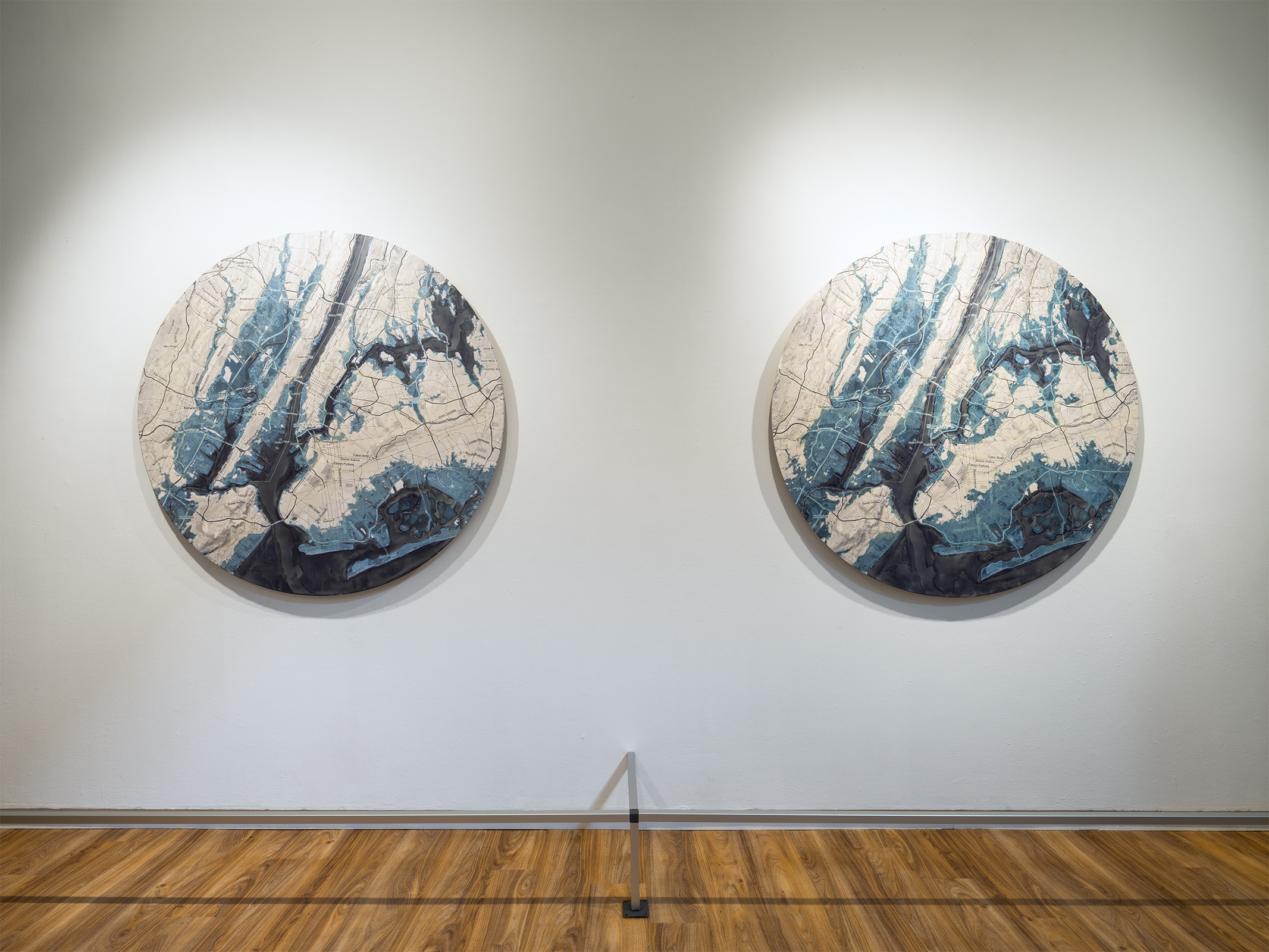 Each of my works originates from a simple desire to make people aware of their surroundings, not just the physical world but also the psychological world we live in. —Maya Lin

This exhibition showcases art by Maya Lin (American, born 1959). The exhibition brings attention to environmental issues like climate change, species extinction and the relationship between humans and the world we inhabit.

Using a variety of materials, including steel pins, marble, and bound atlases, Lin distills complicated scientific and quantitative information into resonant objects. These artworks open a dialogue between the artist and the viewer.

A key component of the exhibition is what Lin has called her “last memorial,” What Is Missing?. This interactive, multi-site artwork bears witness to the cumulative and ongoing devastation of species loss caused by human action. The work reminds us of our collective responsibility to protect the earth.

Interacting with these artworks offers a way to contemplate ideas that can seem too complex or large to absorb. Their presentation here is an opportunity to make sense of our current predicament and imagine a better future.

The exhibition complements the opening of Neilson Library, a major building project on the Smith College campus designed by Lin. It also provides an expanded view of Lin’s engagement with placemaking.

Explore the exhibition with this virtual tour!

Use the arrows to move through the gallery or drag the image to rotate your view.

Episode 178: Speaking from her Manhattan studio in late 2012 and early 2013, artist Maya Lin discusses her new body of work, which is shown at The Pace Gallery in New York City.

Maya Lin On Being A Female Architect

'I Didn’t Want My Gender To Become An Issue' | TIME

Maya Lin is the FIRST woman to design a memorial on the National Mall. "Architecture is a profession where you figure that whether you’re a man or a woman shouldn’t really matter. But when I was starting out, at the top firms, women architects were generally given the managerial positions, not the design positions. Why was it that women kept getting slotted not to be a design partner but a manager?"

Between Art, Architecture and Monument

Artist/Architect Maya Lin shows photographs of her work and shares where she finds her inspiration.

Maya Lin discusses the importance of the natural world in her art, architecture, and memorials. Lin’s lifelong concern for the environment is at the core of her projects and site-specific works, including “Folding the Chesapeake,” her installation in the Renwick’s WONDER exhibition.

National Endowment for the Arts

In this milestone video, we feature visual artist/designer Maya Lin, who has a long history with the NEA, starting with her winning the public design competition for the Vietnam Veterans Memorial, which was administered by the NEA. She has also received an NEA Visual Arts Fellowship and the National Medal of Arts, as well as having her exhibitions and projects supported by the agency, including the largest and longest project she has undertaken, the Confluence Project in Northwest U.S.

Artspace has teamed up with Phaidon and Kering to produce a series of videos celebrating the artists featured in the book Great Women Artists. Here we shadow Maya Lin in her New York studio as she opens up about the difficulties she faced coming up as a young woman of color.

Episode 183: Maya Lin discusses her marble sculpture series, "Disappearing Bodies of Water," shown in progress at her Manhattan studio. Lin's collective process of researching, drawing, model making, and mechanized fabrication led to these forms that highlight the erosion of Lake Chad, the Aral Sea, and the Arctic Ice Shelf.

This is just a preview. The full episode is available here. (Maya Lin segment starts at 29:19)

Preparators at The Dayton Art Institute spent 5 days and over 40 hours installing Flow -a 2009 installation by artist/architect Maya Lin -best known for designing the Vietnam Veterans Memorial in Washington DC.

January 21, 2021
One of my favorite pairings from 'SCMA Then\Now\Next' is separated by nearly five centuries: a Cubist painting by Picasso and a small Renaissance panel painting.
Engage 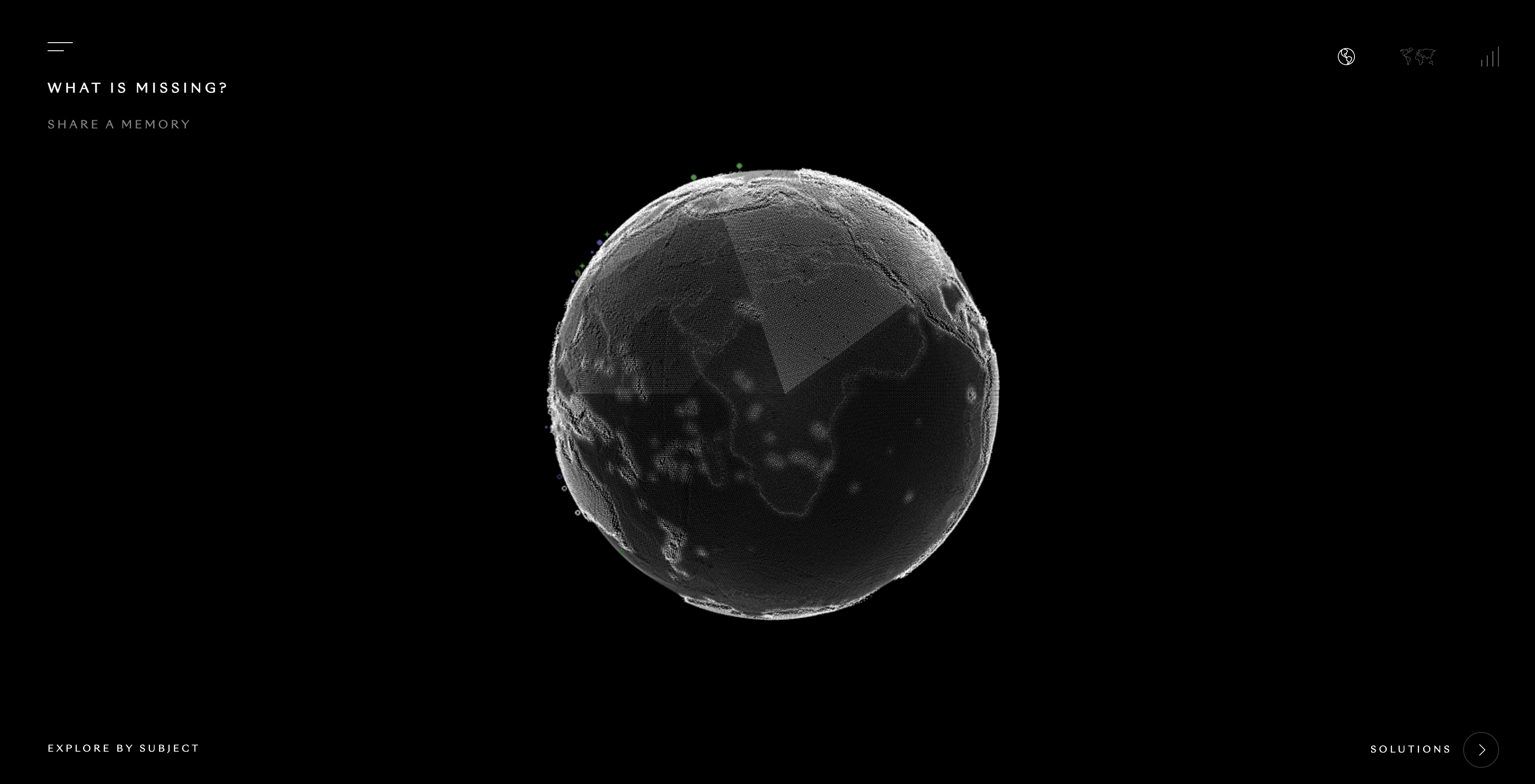 Imagine a memorial not as a fixed static monument, but as a work that could exist in several mediums and in multiple places simultaneously.

What is Missing?, Maya Lin's fifth and last memorial, focuses attention on species and places that have gone extinct or will most likely disappear within our lifetime if we do not act to protect them. The project exists formally as both permanent sculptures and as temporary media exhibits; but it also exists virtually— as a website, whatismissing.org, which acts as a nexus for the entire project. 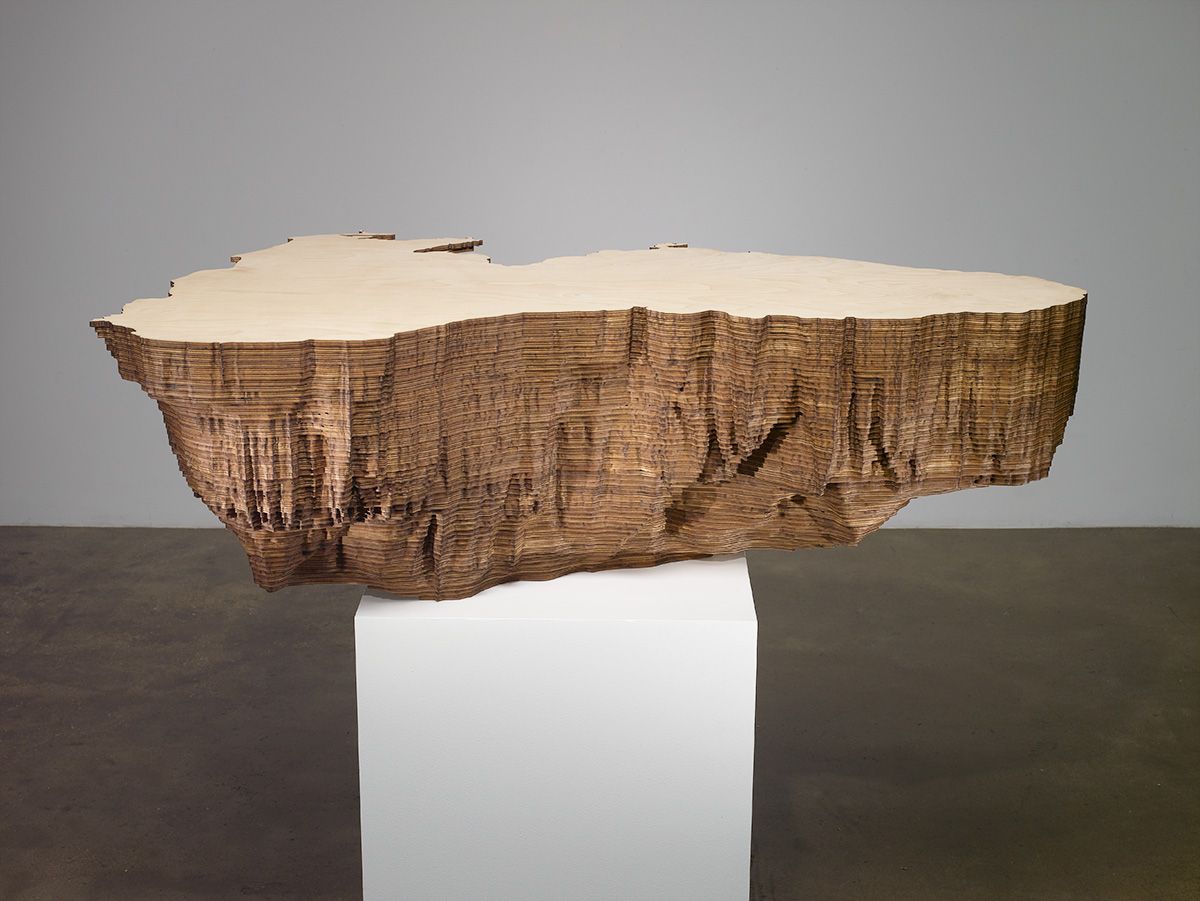 Sometimes I focus on a river or body of water for environmental importance; at other times, I am drawn to the form itself. —Maya Lin

71 percent of the Earth’s surface is covered by water. Over 95 percent of this is from the oceans, which regulate climate and support the majority of life forms on the planet. Rivers and lakes not only provide vital fresh water for human, animal and plant life; they also shape the land in numerous ways.

Lin’s works on the subject of water make liquid solid and make visible its many systems. Shimmering constellations of thousands of stainless steel pins capture the surface and pattern of the Connecticut River or the catastrophic flooding of New York’s waterways by Hurricane Sandy. The Bodies of Water series gives three-dimensional form to the space carved out by the Black, Caspian and Red seas. Lin provides viewers with access to forms that are mostly inaccessible, such as aerial perspectives or dramatic cutaways. These views allow us to see both the wonder and fragility of this vital component of life on Earth. 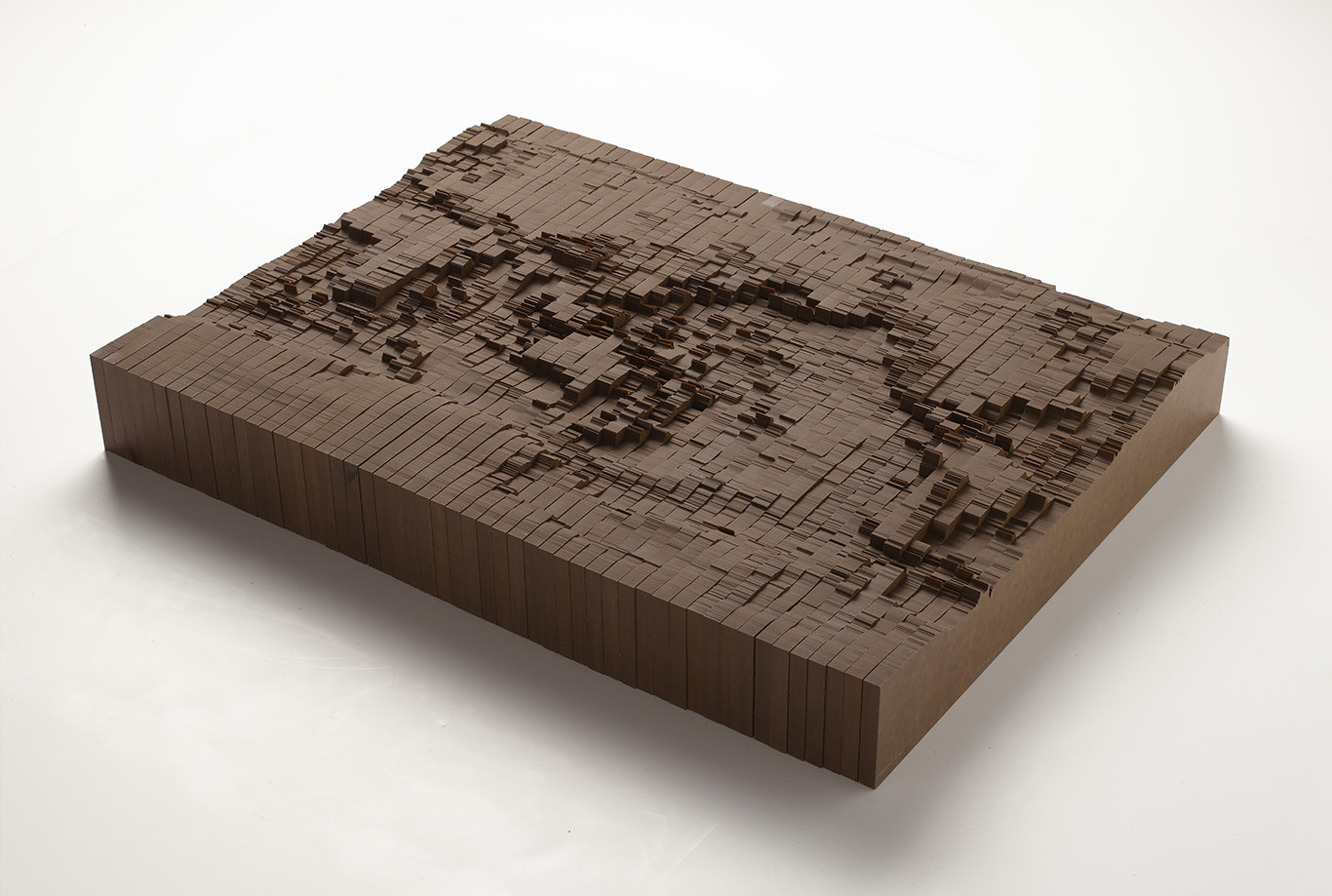 I like to ground the viewer in what is literally right below their feet or out their front door. —Maya Lin

How do you experience the land? Piece by piece? Step by step? We are often not able to fully comprehend the scale, structure and interconnectedness of natural systems from our limited personal vantage point. Lin’s sculptures of landforms spark somatic experiences that allow viewers to feel their relation to the land depicted.

Many maps, attempting to rationalize landforms, focus primarily on continents, countries or cities. The perspective of each map is dependent on the view of the person making it. Focusing on land often comes with political biases that affect which continents or countries are included, as well as their positioning and relative size. Lin draws attention to these biases in works such as 52 Ways to See the Earth, in which fifty-two topographic section drawings are rendered in three-dimensional slats that can be rearranged to provide different views. She carves through pages of her Atlases to create topographic landscapes from maps of vastly different places. Works such as these reveal the prejudices inherent in mapmaking, allowing us both to see  the raw data and to visualize its manipulation. 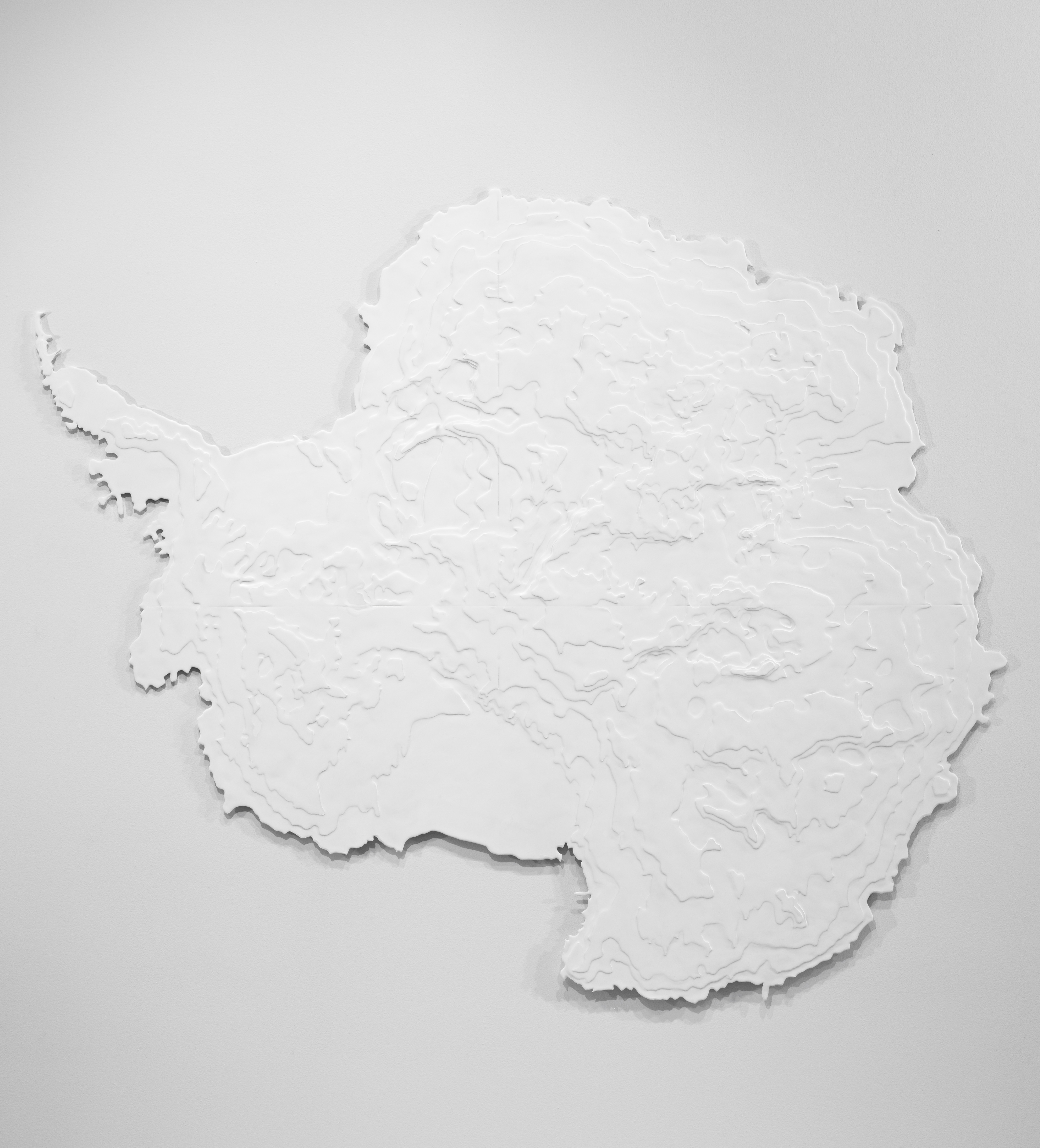 If we forget what used to be, then we’ve lost an ability to really be sensitive to our surroundings. —Maya Lin

Ice, which covers 10 percent of Earth's surface, is disappearing rapidly. Although many people have limited personal experience with the polar ice regions or glaciers, these geological features are crucial to Earth’s ecosystem. Melting ice changes wildlife habitats in the Arctic and Antarctic, and it also adds significantly to rising sea levels, which causes coastal erosion and elevated storm surges. The works in this area address the physical changes in the Arctic and Antarctic through different materials and from different perspectives.

Before it Slips Away, 2017. Paperboard and encaustic on aluminum.
© Maya Lin Studio, courtesy of Pace Gallery. Photograph by Kerry Ryan McFate 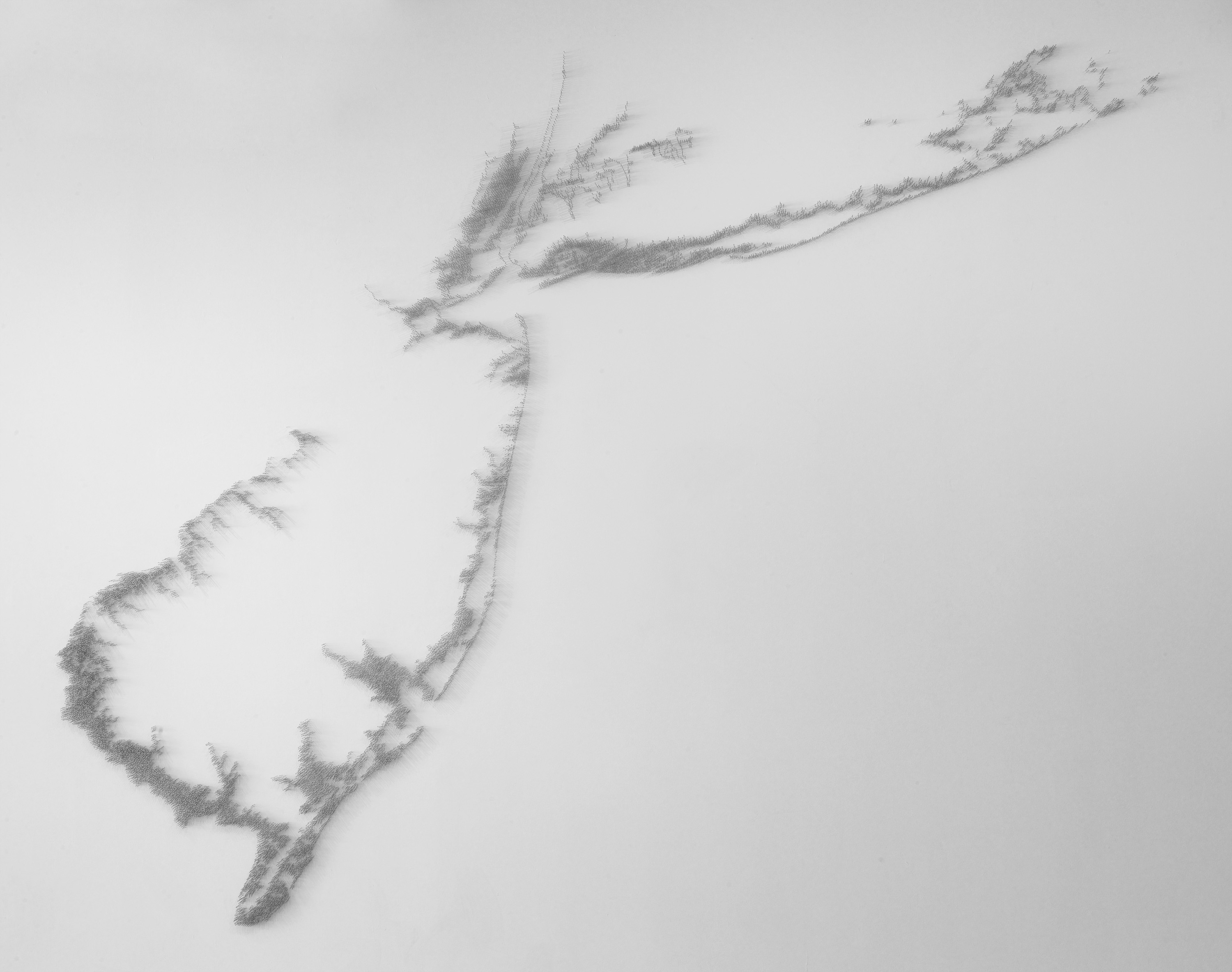 Many of Maya Lin’s artworks visualize hard data about the ravages of climate change, from the melting glaciers in the Arctic and Antarctic to the ravages of flooding from natural disasters such as Hurricane Sandy in 2012. The resulting elegant and understated artworks provide a wide view of the devastating changes to Earth caused by human actions.

Lin’s work asks the viewer to reconsider nature and the environment at a time when it is crucial to do so. A committed environmentalist, she is working on her final memorial, What is Missing?: a cross-platform, global memorial to the planet, calling attention to the crisis surrounding biodiversity and habitat loss.

What Is Missing? is wake-up call and a call to action, showing us how to reimagine our relationship to the natural world and showcasing how we could live in ways that balance our needs with the needs of the planet. The project proposes that we look at a memorial not as a singular static object, but as a work that can exist in multiple forms and in multiple sites simultaneously, including permanent sound and media sculptures, traveling exhibitions, and an interactive website which serves as the nexus for the entire project.

As you explore the site, please share a memory: tell a story about something that you, your parents or grandparents have witnessed diminish or disappear from the natural world, or record an example of ecological conservation and restoration. Your memory will be added to the map, helping to transform a global memorial into something both personal and close to home. 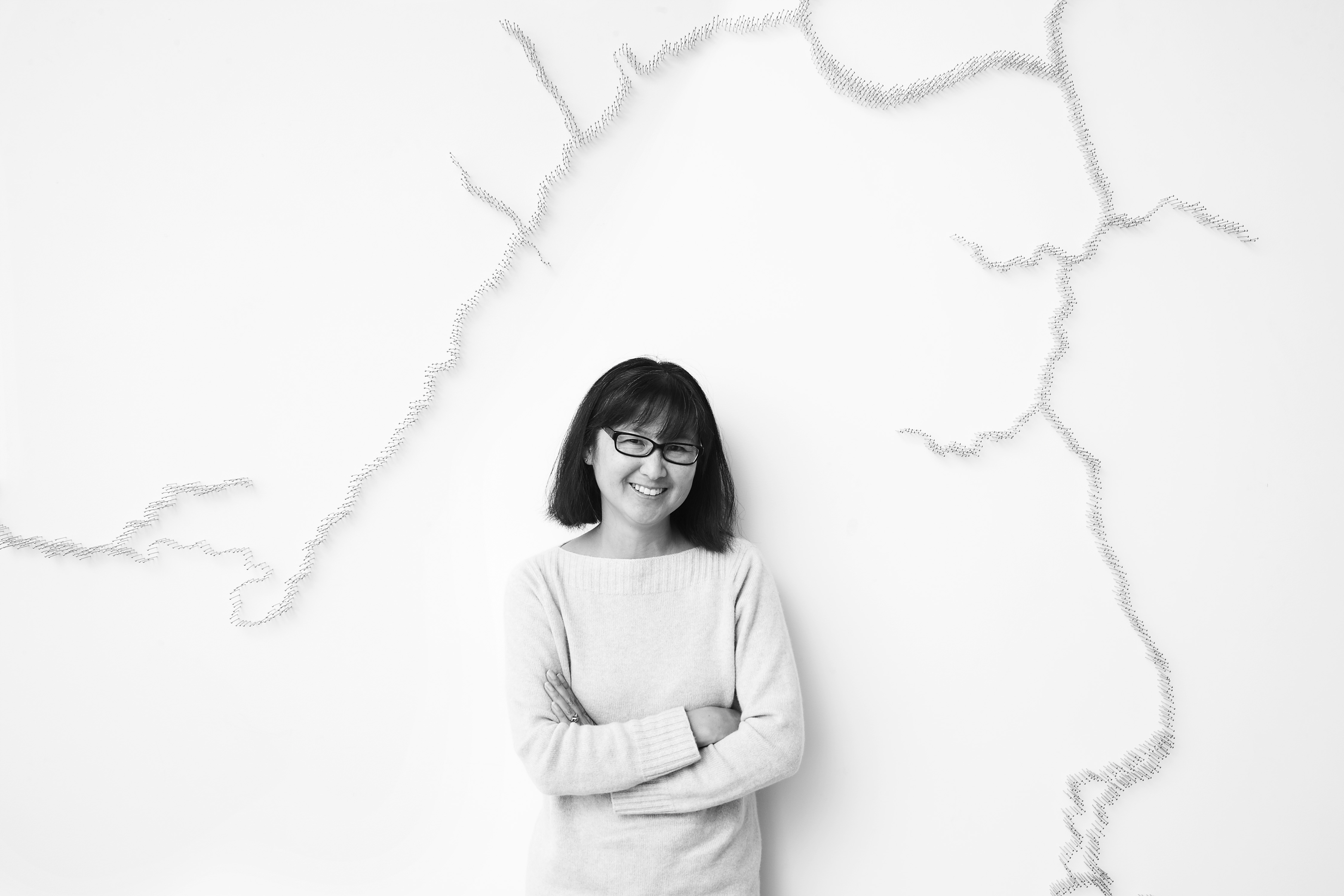 Maya Lin is an American artist and designer born in 1959 in Athens, Ohio, who lives and works in New York and Colorado. Lin’s mother, Julia Chang Lin, Smith class of 1951, was a poet and literature professor, and her father, Henry Huan Lin, was a ceramicist and Dean of the School of Fine Arts at Ohio University. She grew up surrounded by art and nature during the dawning of the environmental movement in the 1970s. These themes remain important to her artistic practice.

Lin was thrust into the spotlight when, as a senior at Yale, she submitted the winning design in a national competition for the Vietnam Veterans Memorial, to be built in Washington, D.C. She has gone on to a remarkable career in both art and architecture while remaining committed to memory works that focus on some of the critical historical issues of our time. Lin went on to create other notable memorials, including the Civil Rights Memorial at the Southern Poverty Law Center (Montgomery, AL, 1989), The Women’s Table (Yale University, New Haven, CT, 1993) and What is Missing? (explore this environmentally focused multimedia project by scanning the QR code below).

Maya Lin: Mappings was curated by the Smith College Museum of Art with support from Maya Lin Studio. The exhibition is supported by the Ann Weinbaum Solomon, class of 1959, Fund, and the Judith Plesser Targan, class of 1953, Fund.