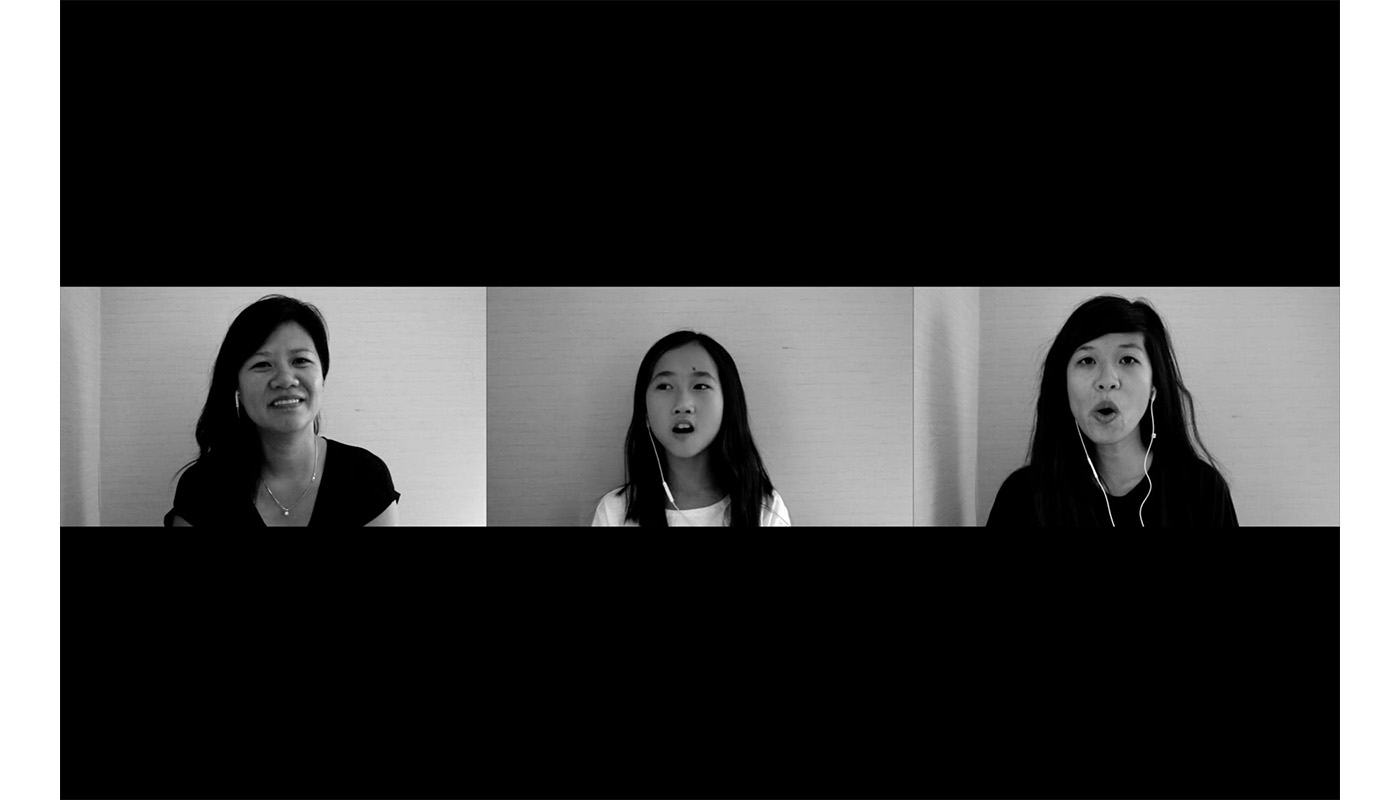 The Voice is an Archive
Hương Ngô
American,
Purchased with funds from the Contemporary Associates, Smith College Museum of Art

About That Narrative: Hương Ngô

Lexie Casais ’23 is a STRIDE scholar working with curator Emma Chubb. About That Narrative is a three-part blog series in which Lexie discusses themes of remembrance, recollection, and storytelling in artworks from SCMA’s centennial exhibition, Then\Now\Next.

In this video work, Hương Ngô investigates the power of the voice to carry historical and informative weight, claiming that “the voice is an archive.” The piece documents a performance by Ngô, her sister, and her niece as they sing along to a recording of Ngô’s mother singing a popular Vietnamese song. As the only audiovisual piece in my series on artworks addressing memory, the video poses a compelling question: how do speaking and listening contribute to our recollections of the past? I suggest that The Voice is an Archive documents a process of engaging with and returning to memories through speaking, singing, and reenacting.

Curator Okwui Enwezor argues that it is “within the archive that acts of remembering and regeneration occur, where a suture between the past and present is performed” [1]. I propose that The Voice is an Archive performs one such “suture” through its use of singing and speaking alongside key visual elements. The video contains objects that set us firmly in the present, such as the earbuds that Ngô and her niece wear to listen to the recording, which is located on Ngô’s phone. Other features, like the use of black and white, recall earlier forms of photographic and cinematic technology.

That Ngô’s family immigrated from Vietnam to the United States in 1979 and that she was born in Hong Kong along the way are two of the many layers of family history that appear in The Voice is an Archive. While viewing this work, one witnesses not only a recollection of Ngô’s mother’s performance, which was recorded weeks earlier, but also a reenactment of it, bringing a moment from the past into the present. Furthermore, the original performance by Ngô’s mother represents another reenactment: that of an earlier time when the family lived together and she would sing to her daughters. The song itself adds yet another layer of remembrance, recalling moments in Ngô’s mother’s past before the family left Vietnam, where the song is well known.

As the three generations, two on-camera and one off, interact with one another, they seem to bridge the gap between past and present, returning briefly to all those layers of memories long gone. Modern conventions of time tell us to always move forward and to never look back. The Voice is an Archive, however, suggests that these memories still carry deep meaning. At times, the women laugh, smile, and cry, indicating that the song elicits a wide range of emotions from them in the present. Rather than burying these feelings, Ngô and her family engage with them, reenacting moments in the family’s history by singing the song. Their performance shows how songs, with their blend of words and melody, hold both personal and collective memories that can connect people across generations. The women’s voices become, like Ngô asserts in her title, archives, giving them another chance to observe and experience moments from their past.

SCMA remains closed to the public, but you can watch The Voice is an Archive in its entirety on Ngô’s website.