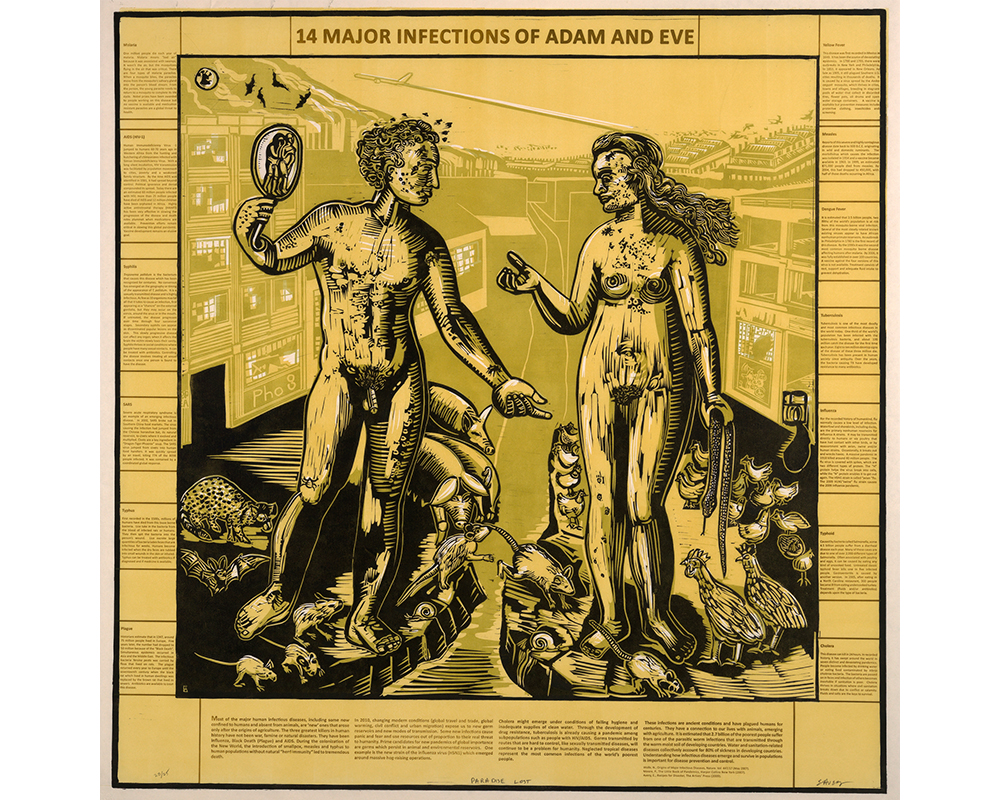 Paradise Lost
Eric Avery
American
Purchased through the efforts of students in the class “Collecting 101,” January 2012

“The Art of Healing is a Sacred Art”: The Prints of Dr. Eric Avery

Guest blogger Jennifer Guerin is a Smith College student, class of 2014, majoring in American Studies and History with focuses in Public History and Social Movements. She is a Student Assistant in the Cunningham Center for Prints, Drawings, and Photographs.

While Eric Avery was working towards his Bachelor’s Degree in Art at the University of Arizona, one of his professors encouraged him to apply for medical school, explaining that “since [he] would always be making art and since art comes from life, [he] should make [his] life interesting.” Avery chose to pursue an M.D. in Psychiatry at the University of Texas Medical Branch (UTMB), which he completed in 1974, and from then on his work as an artist has been intimately connected to his experiences in the medical profession.

In 1991, he turned his attention to medical education, particularly in connection with the AIDS pandemic, which he did through his professorship at UTMB and through his art. In the medical field, Avery currently specializes in HIV/AIDS patient mental health care, correctional mental health care, and transgender health. As an artist, he is primarily a printmaker, producing prints about human rights abuses, disease, death, sexuality, and the body, though he has also completed a series of what he calls “art/medicine actions” – public performances of medical knowledge in unconventional spaces. 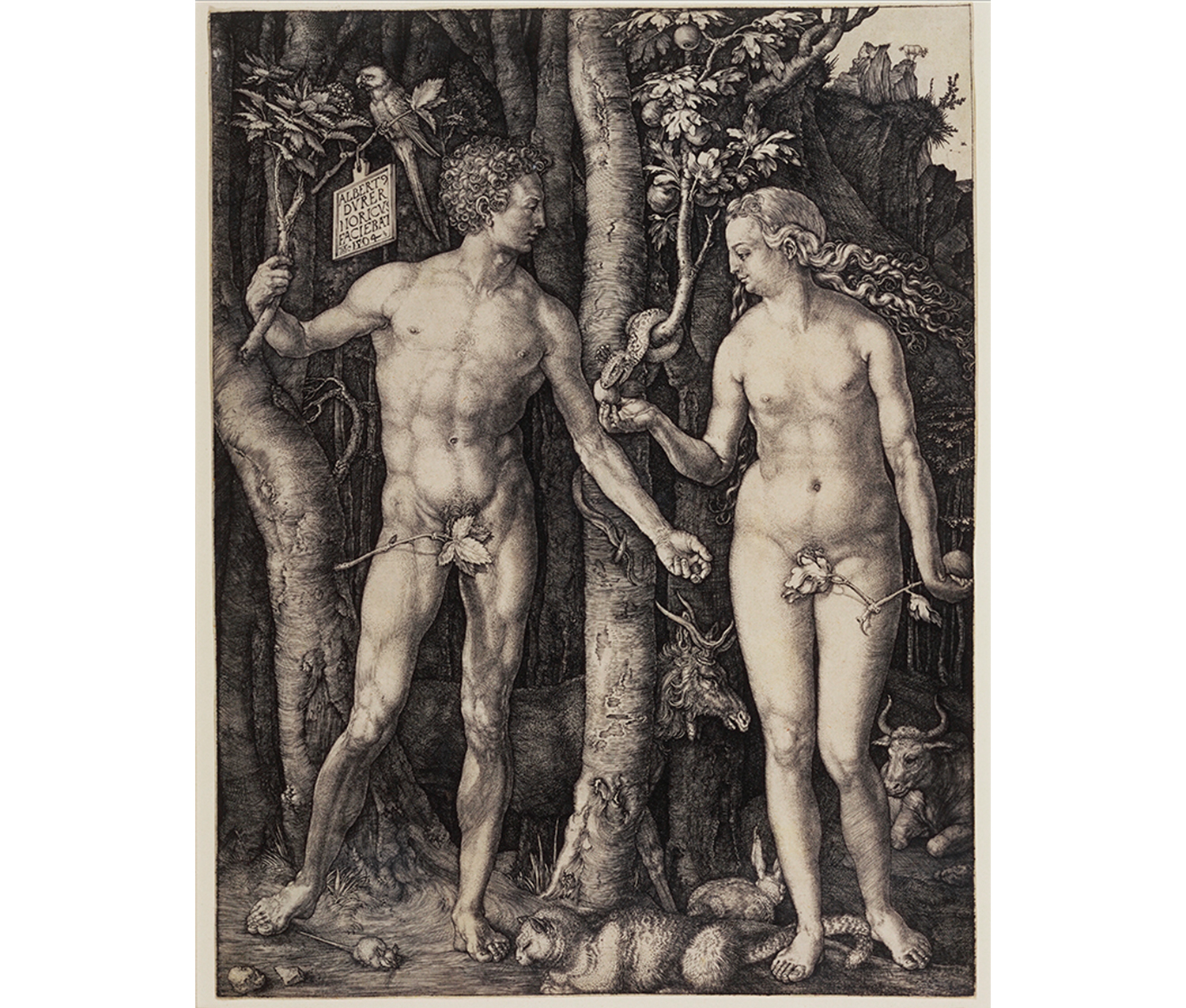 One of Eric Avery’s more recent pieces, Paradise Lost (2011), appropriates the image of Adam and Eve from a famous print by Albrecht Dürer (above), both of which are in the SCMA collection. While Dürer portrays the couple in the Garden of Eden immediately before the fall, reaching out to take the apple from the snake, Avery instead places them in a modern landscape, afflicted with the worst diseases historically faced by humanity. Instead of facing a single evil in the form of the snake, Avery’s Adam and Eve are completely surrounded by danger. The industrial background hints at the rapid spread of diseases facilitated by urban spaces.

The animals in Dürer’s garden are also transposed into Avery’s image, in a way that seems to replace an old system of medical knowledge with a new, modern one. The bull, the rabbit, the elk, and the cat in the original image represent the four humors: phlegmatic, sanguine, melancholic, choleric. The humors were believed to influence people’s personalities, and an imbalance of the humors was thought to be the cause of both changes in behavior and physical illness. Paradise Lost places these symbolic animals with a multitude of other animals, such as rats, mosquitoes, and pigs, which are now recognized as reservoirs or vectors for infectious diseases. 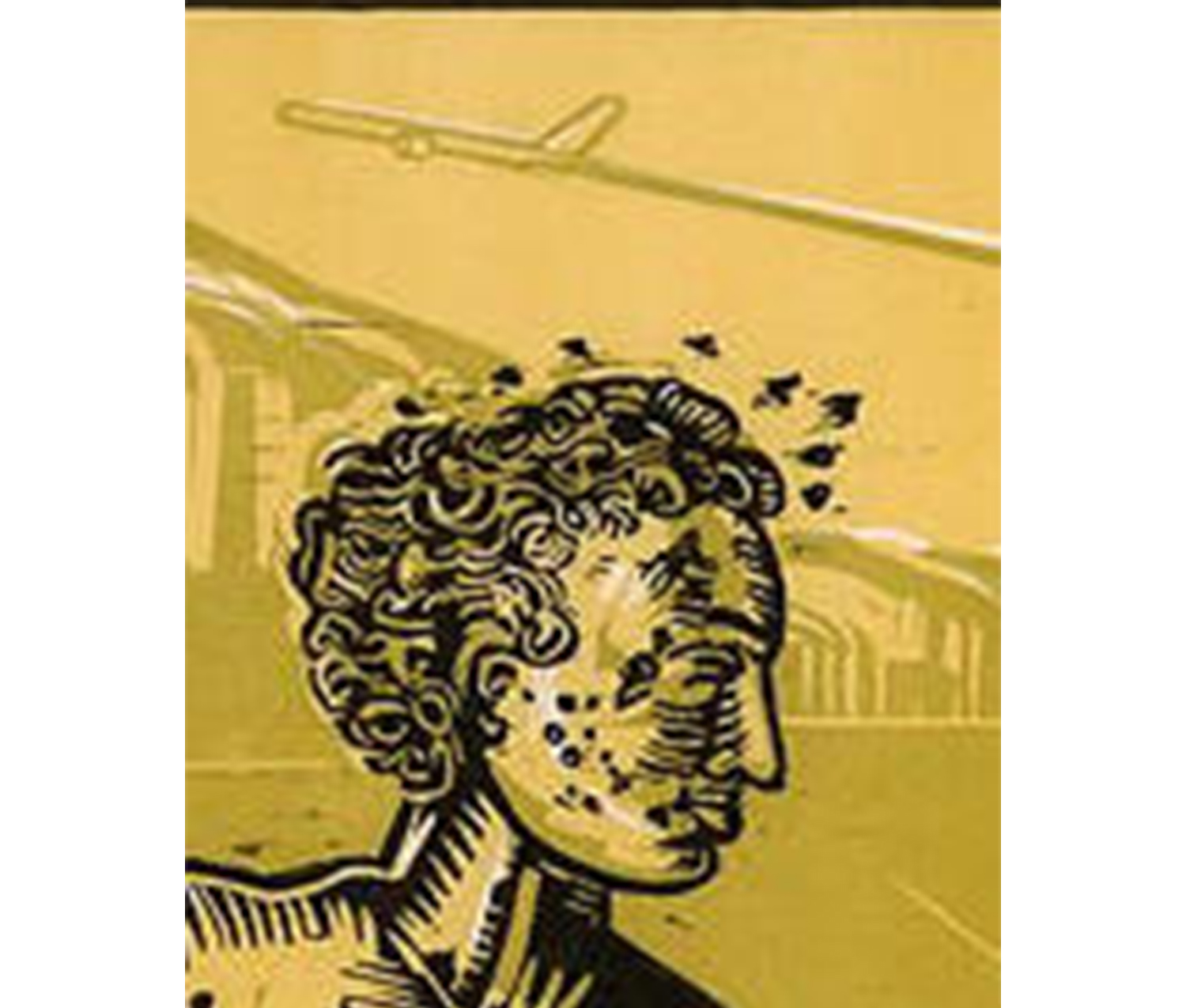 Ultimately, Avery’s Paradise Lost transforms the traditional image of Adam and Eve into a modern source of basic medical knowledge. The print itself represents some of the major ways to contract diseases in our modern world: urban environments, animals, travel (the plane), improperly prepared food (the restaurant, Pho 8), and areas of conflict (the physical divide between the figures of Adam and Eve). Surrounding the image, Avery gives a paragraph description of each of the 14 worst infections faced by mankind, describing the causes and symptoms as well as available preventative methods and treatment options. Some descriptions give recent, relatable examples, such as the description of typhoid, which cites an incident in 2005, when “after eating in a North Carolina restaurant, 300 people became ill from eating undercooked turkey.” At the bottom of the print, a broad overview of infectious diseases focuses on the importance of spreading this information like this: “understanding how infectious diseases immerge and survive in populations is important for disease prevention and control.” Perhaps to facilitate this education process, as well as to provide additional credibility, Avery also cites his medical sources within the piece.

This desire to provide information to the public and to enact positive change in the world is central to Avery’s view of his purpose as an artist. In his explanation of why he chose to work within both the medical and art worlds, he states that “If you believe that information can lead to chance, then bearing witness is the narrative function of art and serves a social purpose. If one person, after seeing one of my art actions, were motivated to change an HIV risk behavior and did not get HIV, then this would be my evidence that art can save lives.”