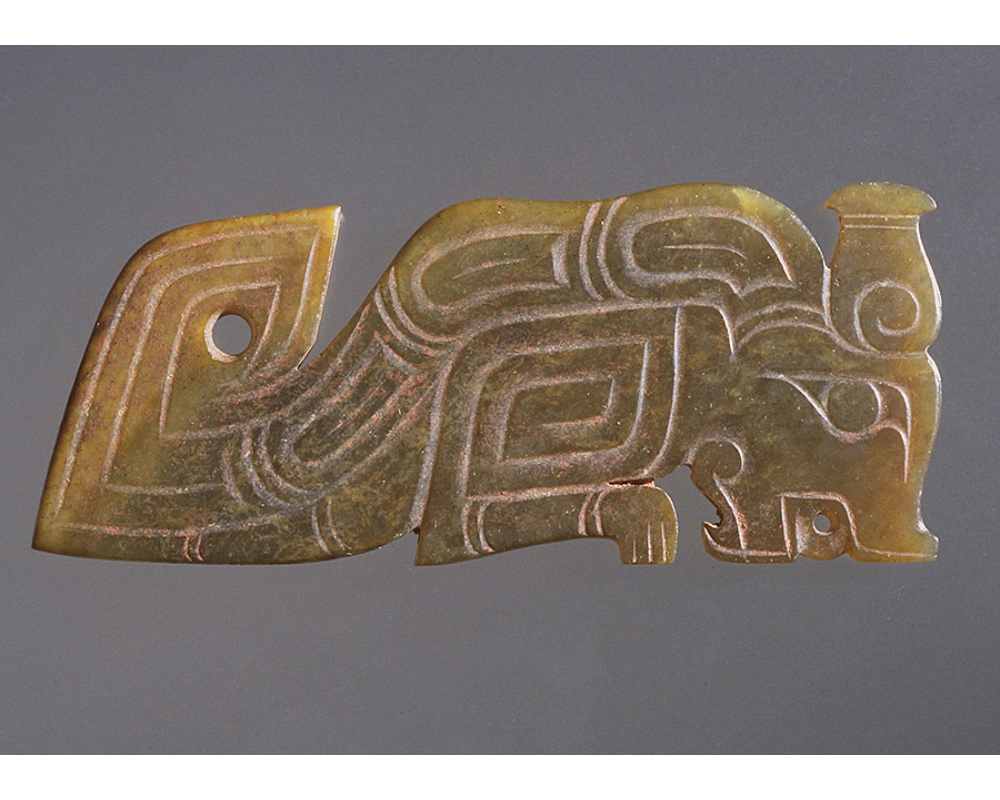 Yao Wu is SCMA’s Jane Chace Carroll Curator of Asian Art. Below, find her writings about a project last year, before the pandemic hit, of reinstalling the museum’s Ancient World gallery to provide a more global perspective.

Particularly prized in China, jade was considered to embody five moral virtues: kindness, rectitude, wisdom, courage and purity. Harder than steel, jade cannot be carved, so any decorative item made of jade must be carefully and gradually worn down with abrasives. The Smith College Museum of Art holds some most precious Chinese ancient jades dated to as early as the Shang dynasty (16th–11th century BCE), but they were previously rarely on view.

Motivated by a curatorial vision to provide a more inclusive presentation of the ancient world in a global context, last year I worked with my colleague Danielle Carrabino, SCMA’s curator of painting and sculpture, to reinstall the Ancient World gallery on the museum’s second floor. Now in a section exploring the theme of “Luxury & Ornament,” Chinese jade pendants in the shapes of a human figure, a dragon, and a fish can be seen along with Greek and Roman earrings, an Egyptian scarab, and a Sino-Siberian belt plaque. A perforated disc, known as bi, is also included. Bi were ritual items used in worship and ceremony, worn by people of high rank or buried with the deceased. 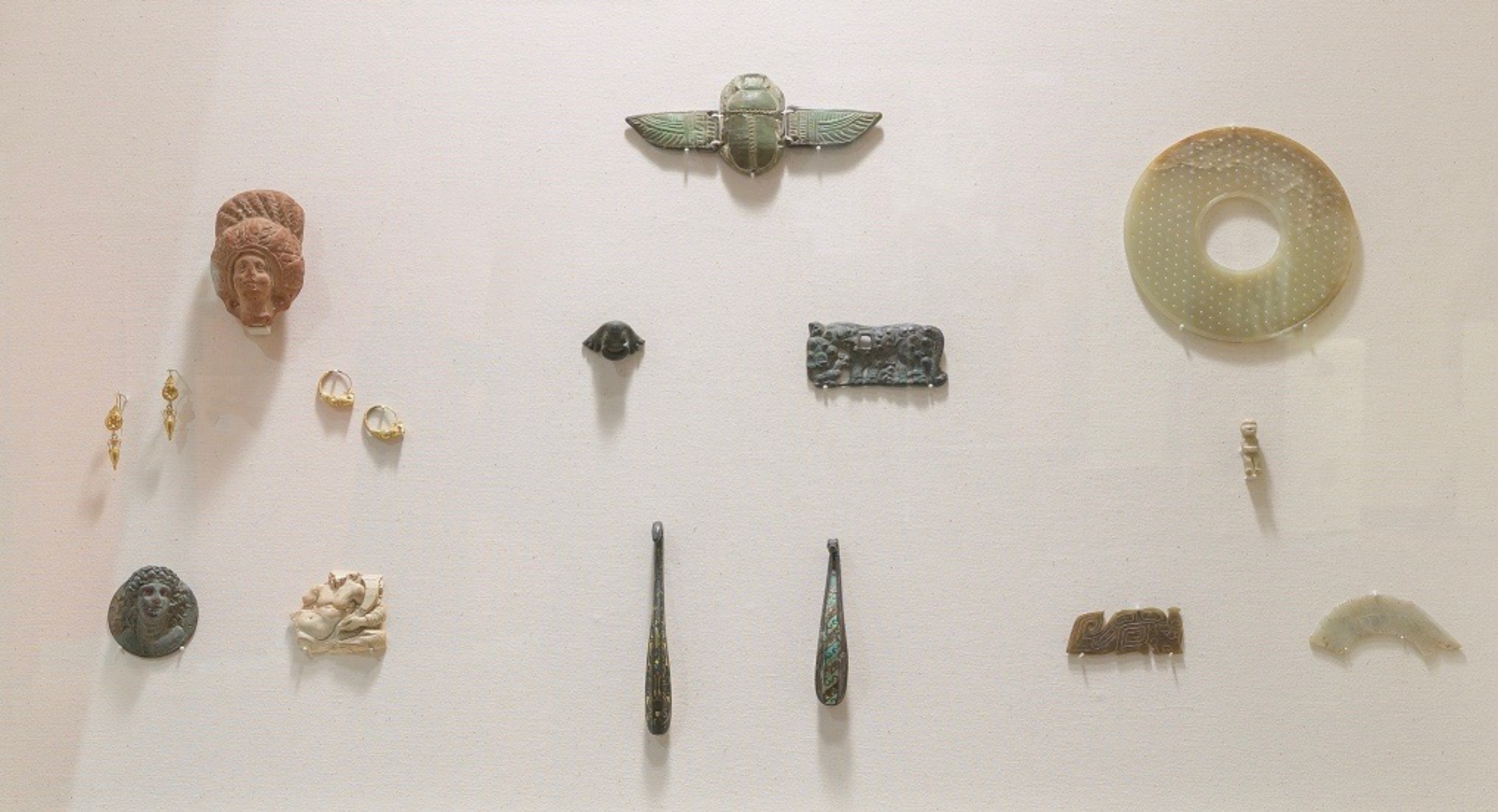 Jades placed on or around the body, guiding the soul on its journey after one’s passing are also part of another section exploring the theme of “Daily Life & The Afterlife.” This grouping brings together jade articles that were tomb furnishings in ancient China. Bodily orifices were sealed with jade plaques and plugs, such as the eye covers and the cicada amulet that would have been placed on the tongue of the deceased. Held in the hands, small sculpted pigs emblematized wealth in the afterlife; owls or other mythical birds possibly symbolized protectors in such a realm. 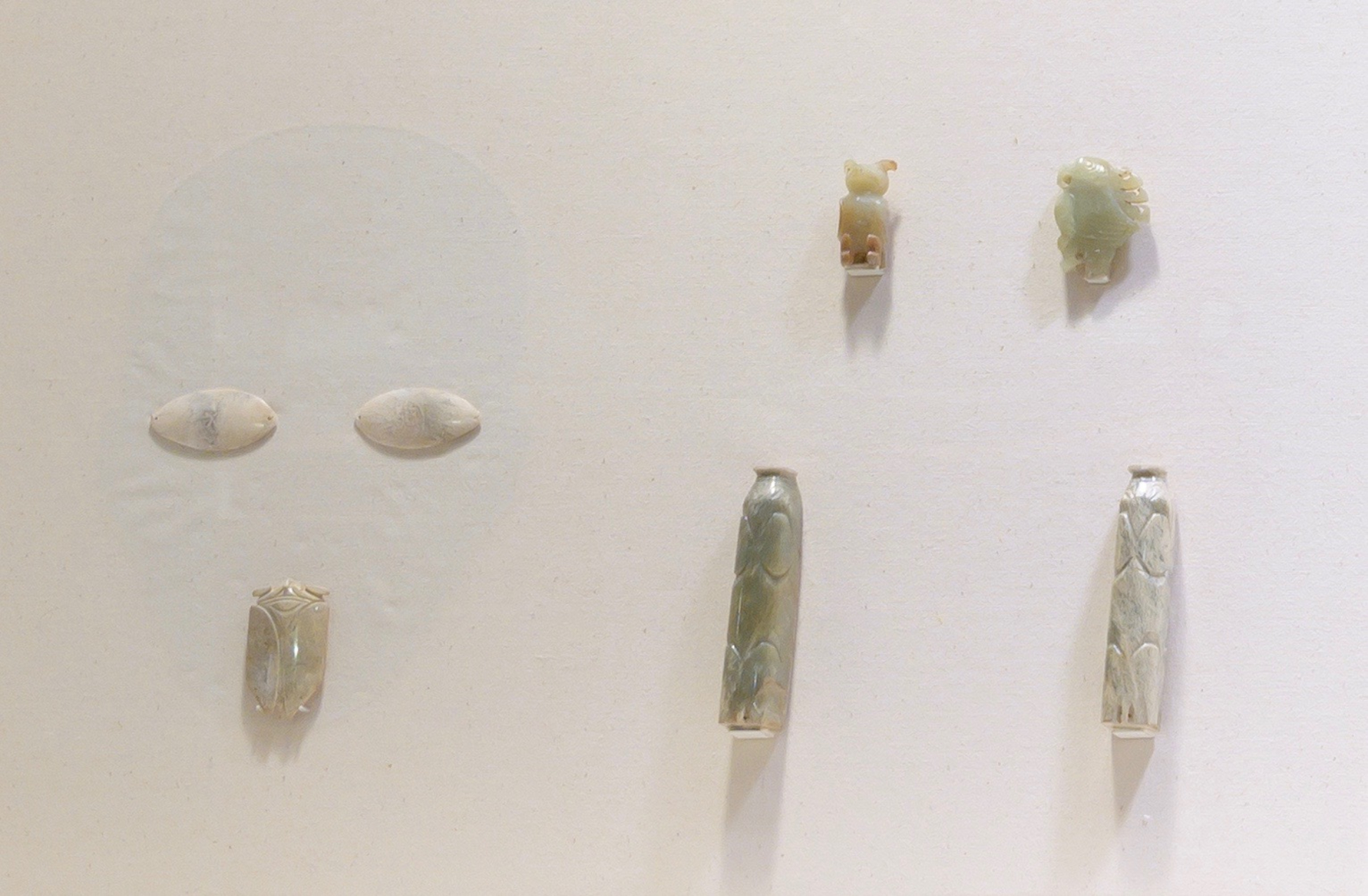 The inclusion of Chinese jades is one of the many new interventions in the Ancient World gallery. Prior to the reinstallation, the display in this space was limited to objects from Egypt, Greece and Rome, representing cultures defined as “ancient” in western civilization. Now we have expanded geographically to cover as much as our collection allows. Apart from the Mediterranean region already included, the new installation also encompasses North and South America as well as Asia. 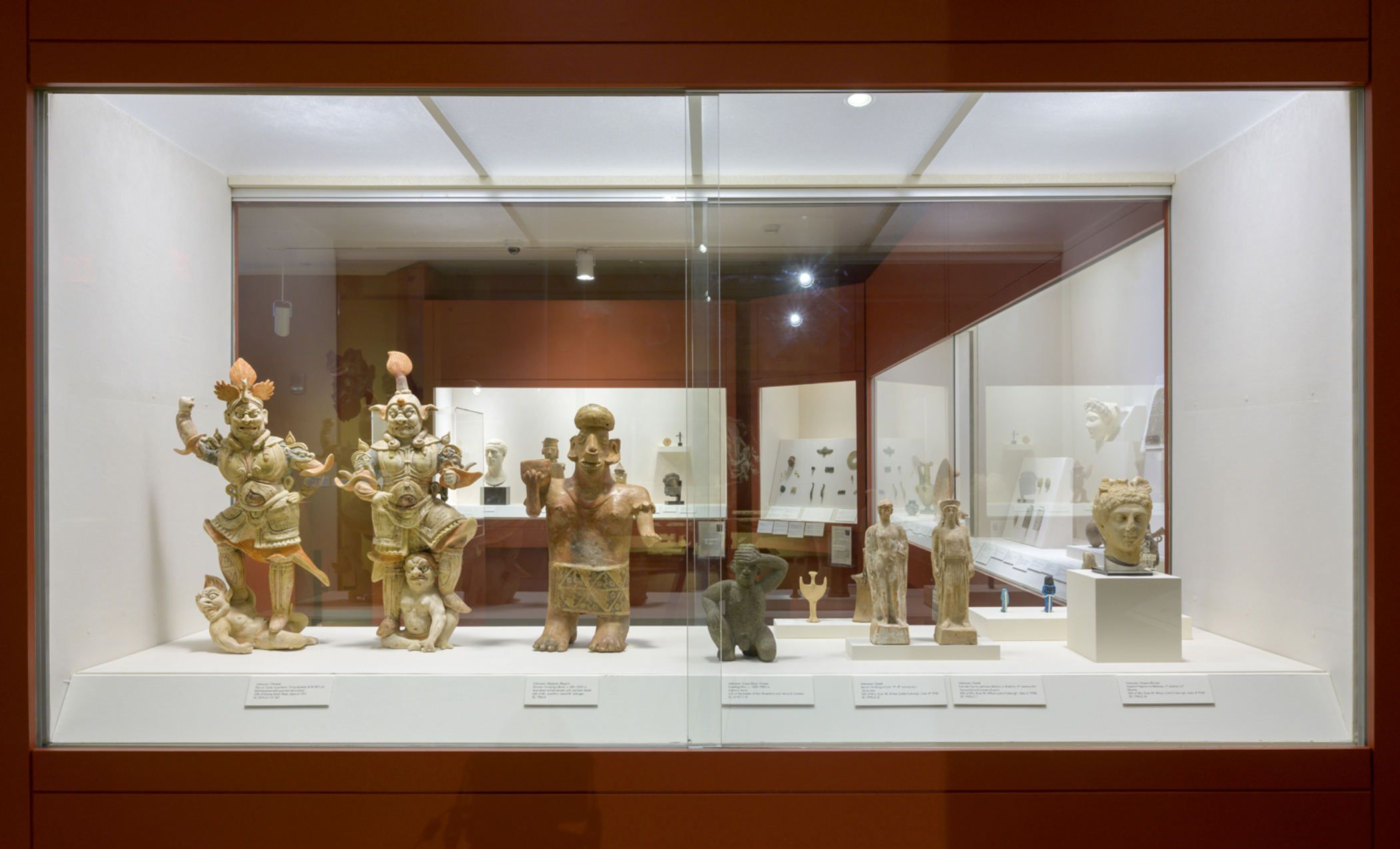 Through unconventional groupings, we hope to demonstrate that there are often similarities among objects and the cultures they represent, which were in contact through trade or war in ancient times. The diverse cultural presentation also highlights a wide range of media, techniques and functions. For this reinstallation project, we strive to be transparent in interpretative materials about some of the concerns and challenges of collecting and exhibiting ancient art in the modern era, such as issues of provenance, ethics about displaying funerary objects, and questions around authenticity and conservation.

In an upcoming lunchtime virtual program, Danielle, I, and our Kennedy Fellow, Grayson Matula ’23, will discuss this reinstallation and our ongoing work on creating a digital map and timeline for this gallery. Stay tuned!