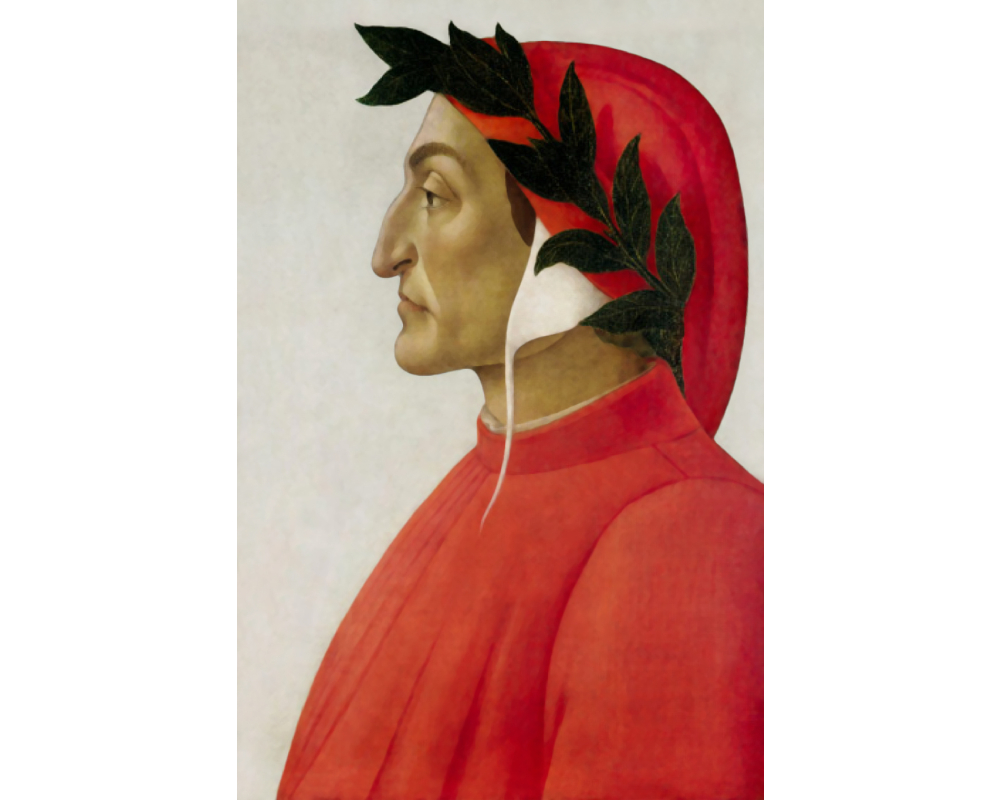 Dante has loomed large in my life for as long as I can remember. His presence in his birthplace of Florence is inescapable, still today. As someone who grew up in Florence, I constantly encountered him in the streets he used to roam. Marble plaques affixed to buildings carry quotations from his seminal work, the “Divine Comedy,” which takes its readers on an epic journey through Hell, Purgatory, and Heaven (Inferno, Purgatorio, Paradiso). There is a bar in Dante’s old neighborhood where all 100 canti (verses) of the Inferno are squeezed onto a single poster. His poetic verses often fill the air when Florentines quote them from memory; a skill that many Italians possess. I distinctly remember when I was a teenager, I took my shoes to be repaired. To pass the time, the shoemaker recited verses from the Paradiso in perfect Tuscan dialect while I waited.

Dante Alighieri was born in 1265 and died in exile in Ravenna in 1321. He is one of Florence’s greatest heroes and sources of pride, and he is celebrated throughout Italy as the “father of the Italian language.” This is due to the fact that he wrote his “Divine Comedy” in the vernacular or common language, rather than in the more erudite Latin. Mainly spoken in Tuscany at the time, this dialect became the basis for modern Italian thanks to the Commedia. Dante is also known as the “Supreme Poet” (Sommo Poeta), and his status in Italian literature is similar to that of Shakespeare for English-speakers.

Last year, the Italian government honored Dante by dedicating a day to him. March 25, 2020 was the first Dante Day (Dantedì). This date was selected because on that day in 1300, Dante began his fictional journey through the afterlife. After this dedication was made official, March 25 was not celebrated as originally planned due to the pandemic. The hellish existence that ravaged the country (and the entire world) was similar to the horror and suffering Dante described in his Inferno.

With its intricate structure and rhyming scheme, the Comedy continues to be a subject of study, including at Smith College. I have welcomed several Italian language classes to the museum to view and discuss works of art inspired by Dante. The vivid imagery evoked by this poem has prompted countless works of art through the ages and up to today. To mark the 700th anniversary of Dante’s death later this year, we join other institutions around the world in celebrating Dantedì through a few works of art from the SCMA. 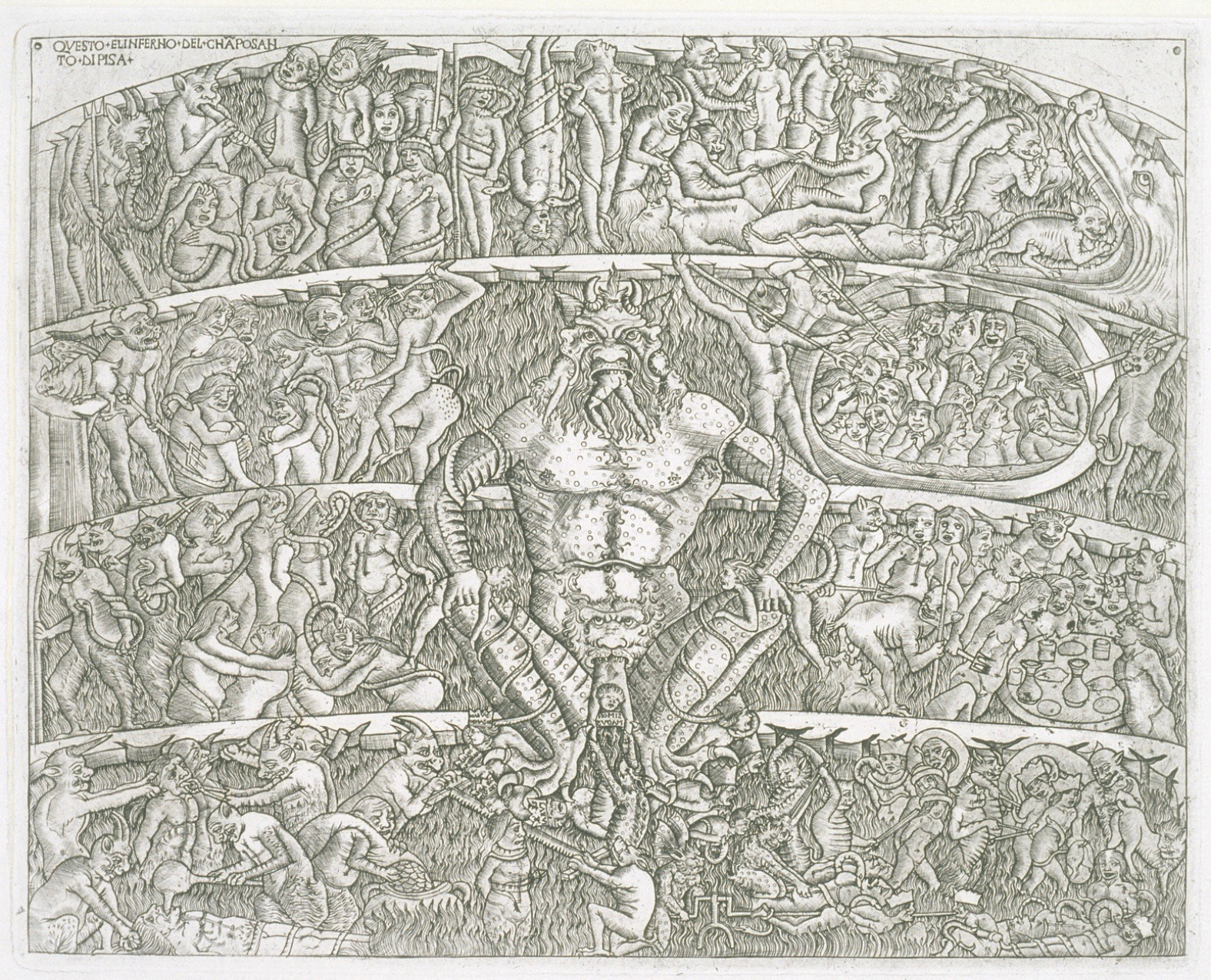 This print is a rough map of the nine circles of Hell as described by Dante in the Inferno. At center is a huge figure of Satan, with his three faces, each mouth devouring figures. He is surrounded by souls being tortured in various ways for the sins they committed in life.

The print from a 1487 illustration of the Inferno and Vedder’s drawing both show the moment at the beginning of the Inferno when Dante is about to enter Hell. The title in both cases refer to the words over the arched entrance: “Abandon all hope, you who enter here.” 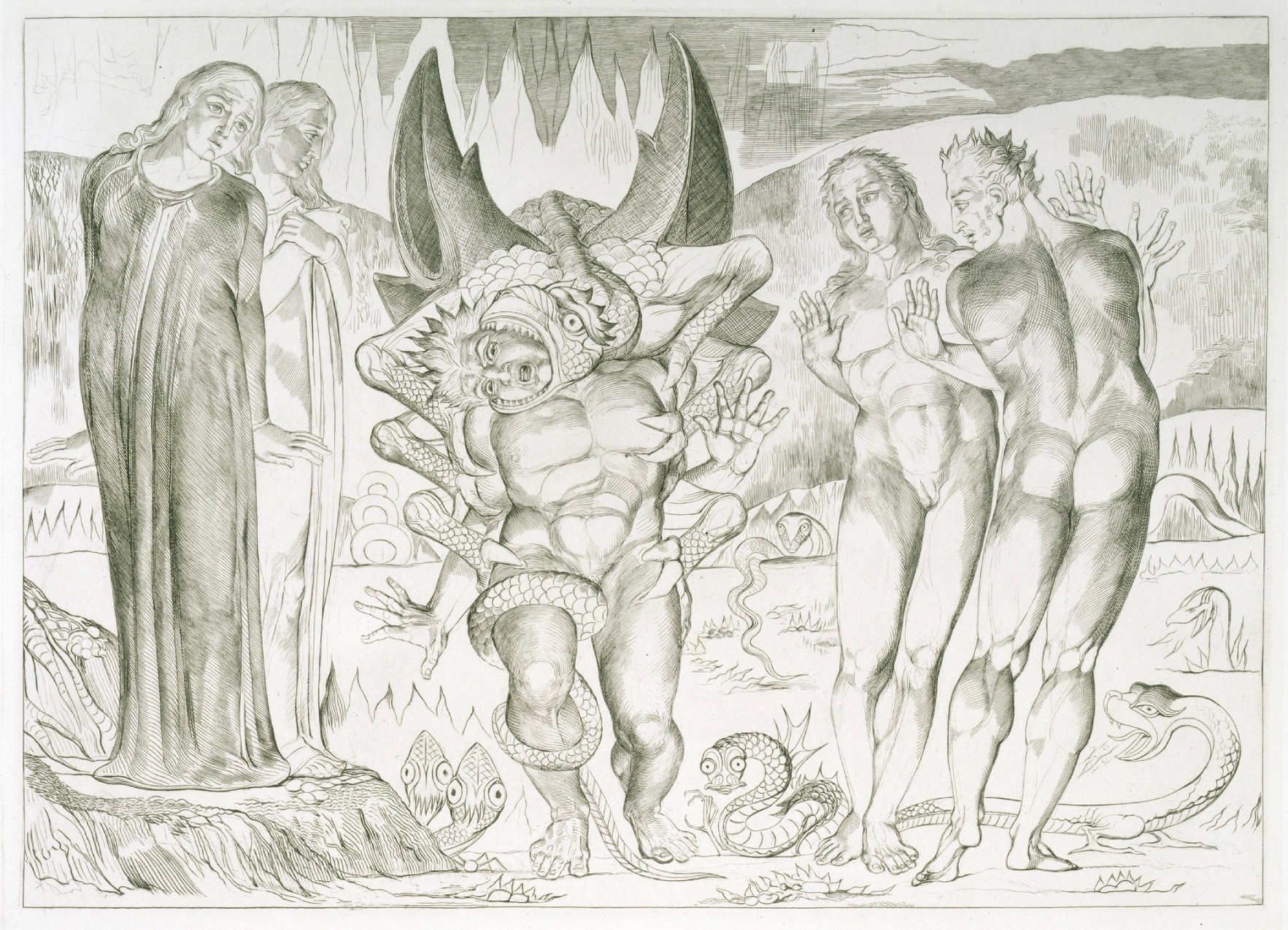 William Blake was one of many artists who created illustrations of Dante’s Inferno. This is one of seven prints housed in the SCMA from this series. As a poet himself, Blake was inspired by Dante’s poem to depict fantastic scenes of tortured souls and fearsome beasts, such as the one shown here. 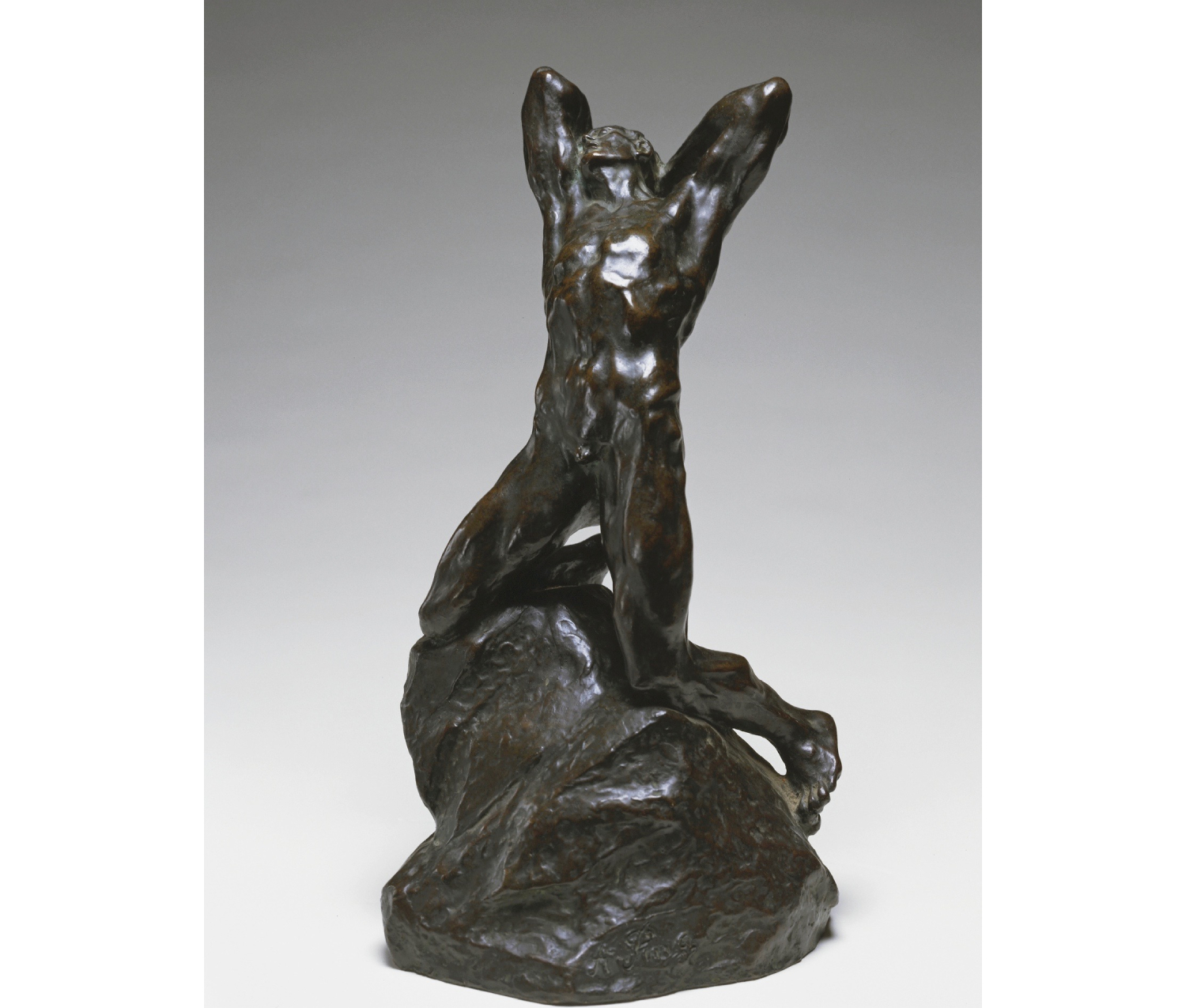 The bronze sculpture by Alfredo Pina shows one of the souls in Purgatory who must purge himself of his sins before he is allowed into Paradise. The tormented body contains the tension between the pain of overcoming one’s past and its release that will soon follow.