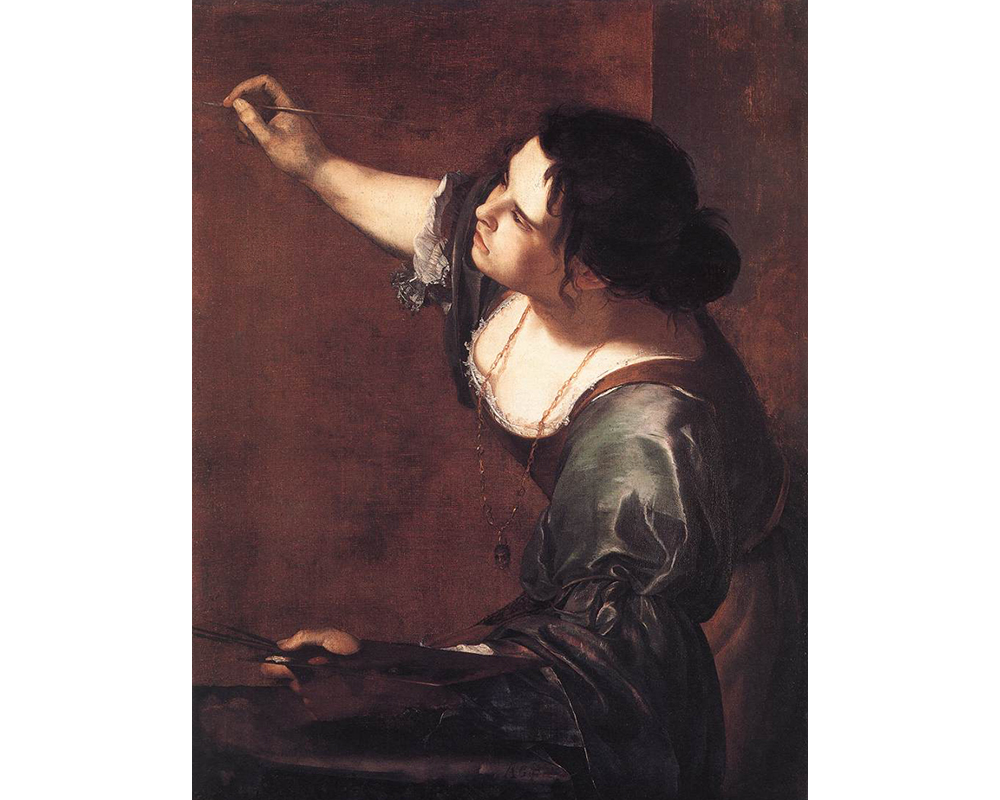 Artemisia is one of the most recognized and celebrated early modern woman painters. This blog celebrates her on her 458th birthday as a trailblazer for women artists who followed, including those represented in SCMA’s collection. 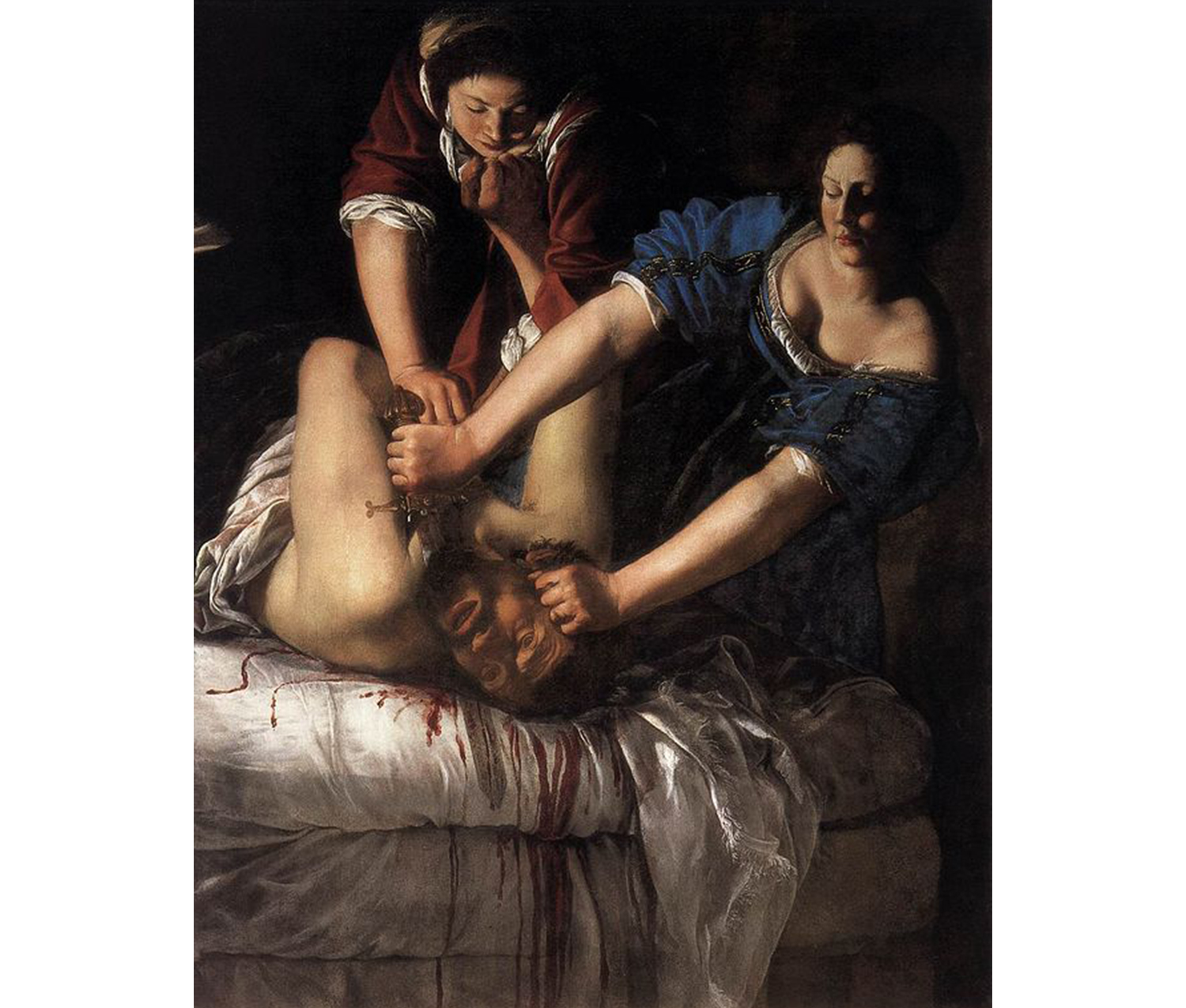 Artemisia was born in Rome on July 8, 1593. Her father, Orazio Gentileschi (1563-1639), was a painter and follower of Caravaggio. Artemisia also adopted Caravaggio’s dramatic use of light and naturalistic style of painting early in her career. After Artemisia was raped by her teacher Agostino Tassi, a public trial followed, the records for which survive and have been published. This gruesome event once defined Artemisia and her art. Her various versions of the subject of Judith and Holofernes (see images below), in which a young Jewish heroine saved her people by decapitating the Assyrian general, has been interpreted as an act of revenge through the lens of Artemisia’s encounter with Tassi. However, more recent scholarship has moved beyond associating Artemisia purely through her relationship with these three male artists and she is now appreciated as an accomplished artist in her own right. 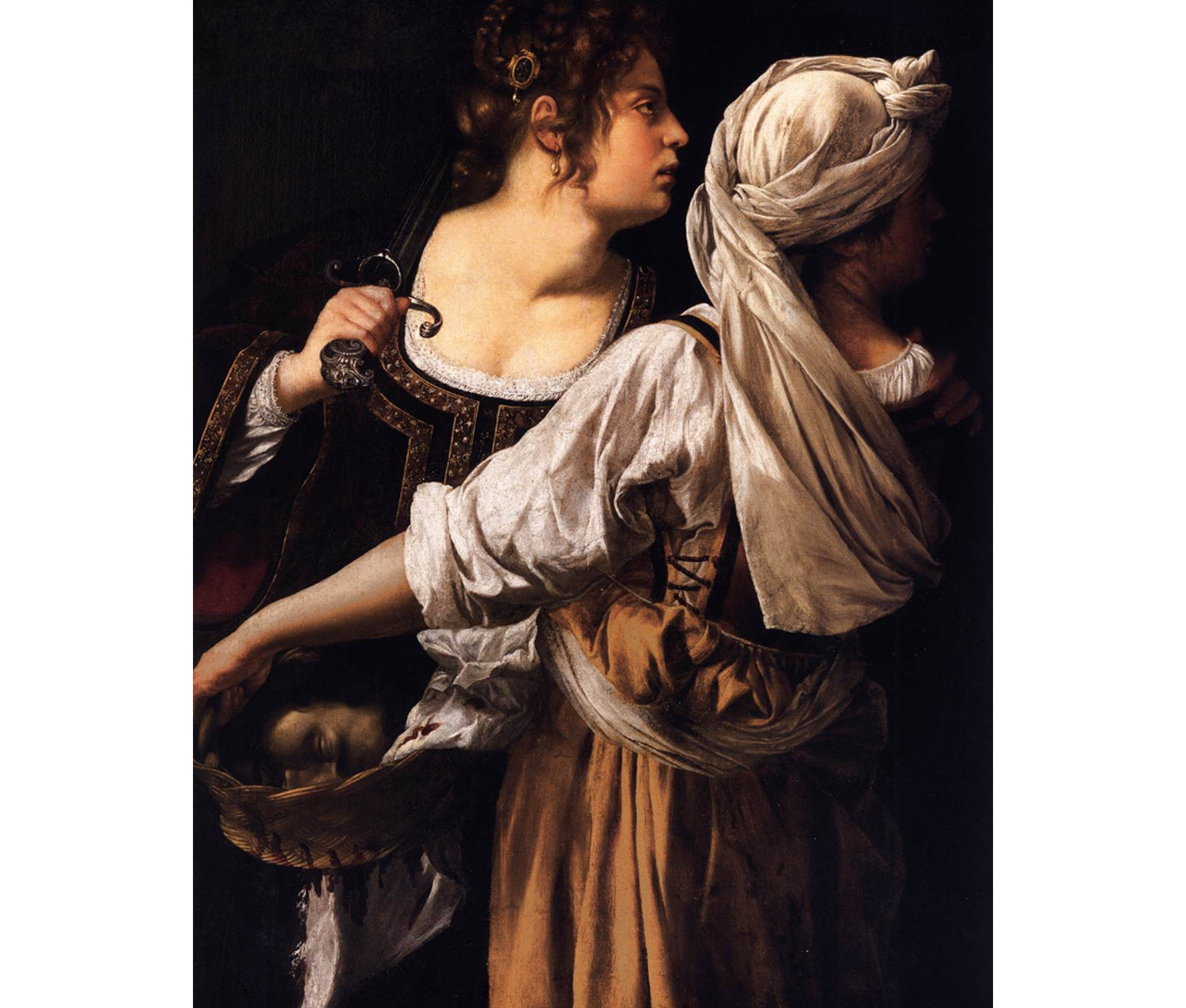 After beginning her career in Rome, Artemisia went on to work for prominent patrons in Florence (where she met Galileo), Naples, London, Venice, and Genoa. She was among the first women to be admitted to study art at the Accademia del Disegno in Florence. Although SCMA’s collection does not include a painting by Artemisia, it does contain a time-based media work that directly references her painting of Judith Beheading Holofernes from 1620. 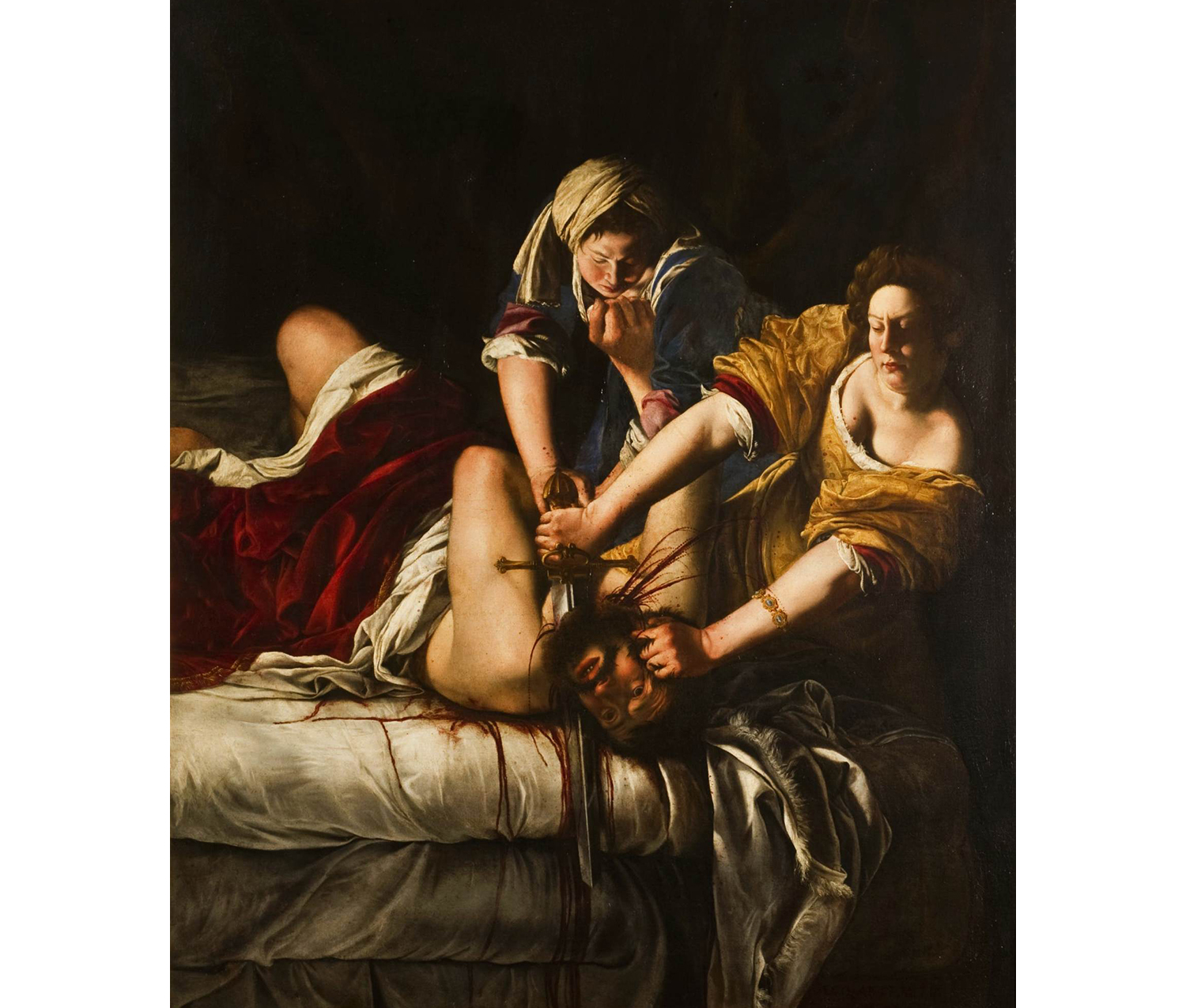 Artemisia’s paintings continue to fetch high prices at auction, which has helped create a new market for other historic women artists. Artemisia and her art have been the subject of books, movies, and several recent and forthcoming exhibitions. Notably, a recent exhibition at the National Gallery in London (October 3, 2020 – January 24, 2021) was the first dedicated to a woman in the museum’s history. The exhibition “By Her Hand: Artemisia Gentileschi and Women Artists in Italy, 1500-1800” will examine Artemisia’s art alongside other Italian women artists (Wadsworth Atheneum, September 30, 2021 – January 9, 2022 and Detroit Institute of Arts, February 6 2022 – May 29, 2022). Another future exhibition in Rome, “Artiste a Roma tra Barocco e Grand Tour” (Artists in Rome between the Baroque and the Grand Tour) will feature a multi-venue experience that includes Artemisia alongside other women who worked in Rome, including architects, sculptors, musicians, and more. Stay tuned for a future blog that will explore this exhibition further. 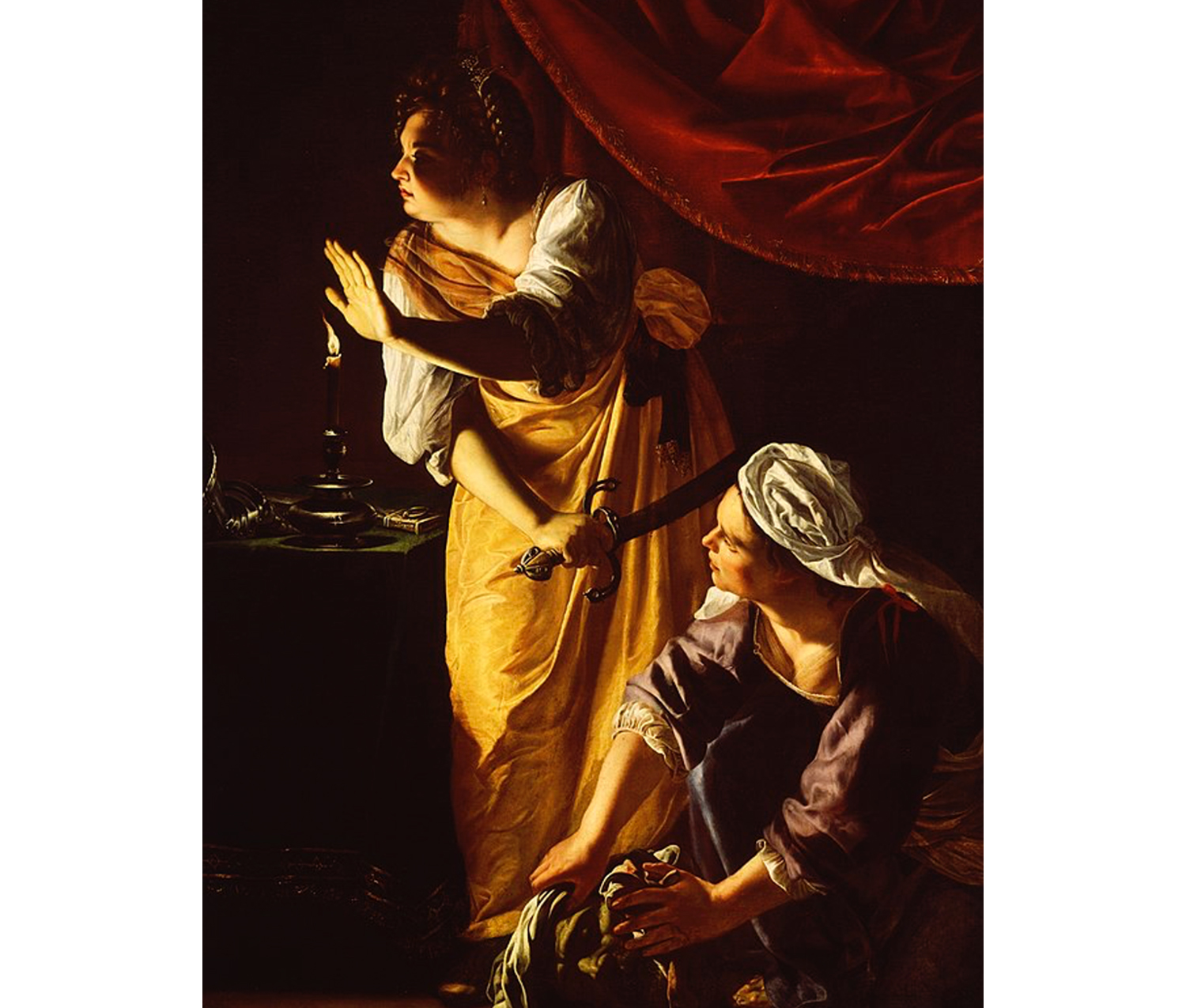 Artemisia continues to fascinate those who see her paintings and learn about her extraordinary life. To learn more about Artemisia, see: