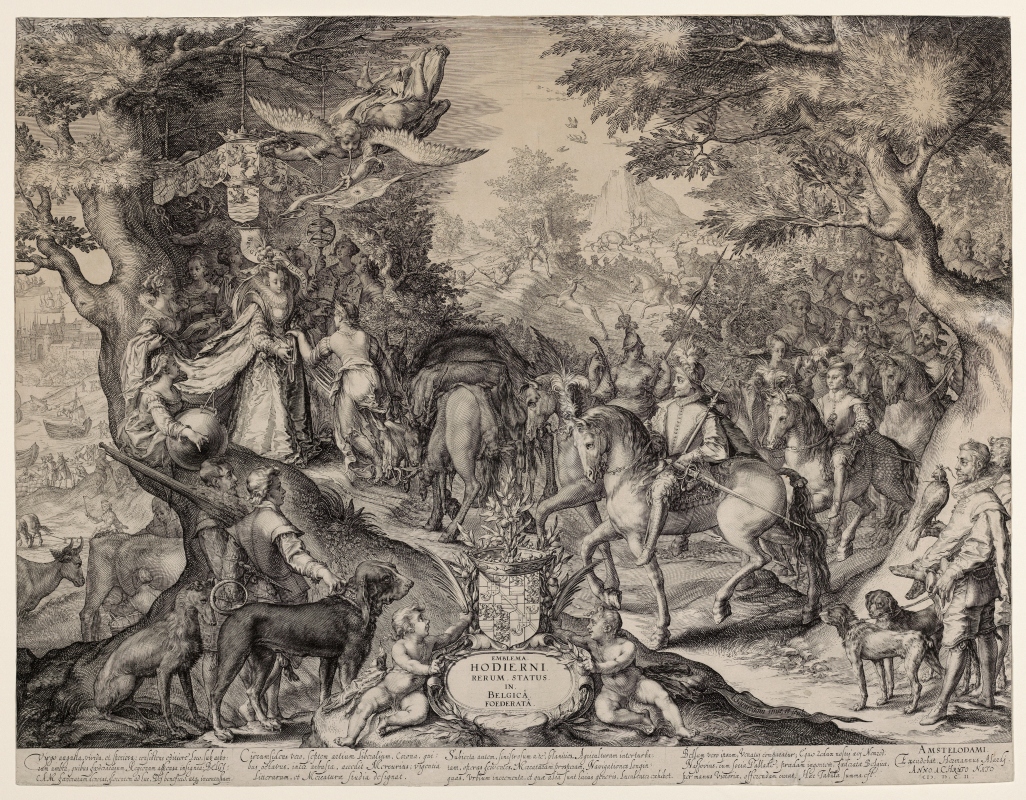 The historic art of political propaganda

Political propaganda is not as modern a concept as one might think. After being under the rule of Spain for nearly a hundred years the United Dutch Republic (the Northern part of the current Netherlands) finally gained its independence in 1648. Propaganda prints helped cement and celebrate the newly established Dutch Nation.  Allegorical prints like this one were made to be distributed among the people to help strengthen their new Dutch identity, one that had formally been intricately linked to foreign oppressors. The Netherlands in their new formation had a flourishing unrestrained printmaking community and since prints and pamphlets were the most effective way to disseminate news and ideas, anyone, but mostly aspiring leaders with means, would be able to commission artists to help spread their “gospel”.

This elaborate work is by the Dutch artist and printmaker Jan Saenredam who started his career as a cartographer. His artistry rose under the guiding hand of the famed Hendrick Goltzius (1558–1617), an apprenticeship which ended in rivalry. 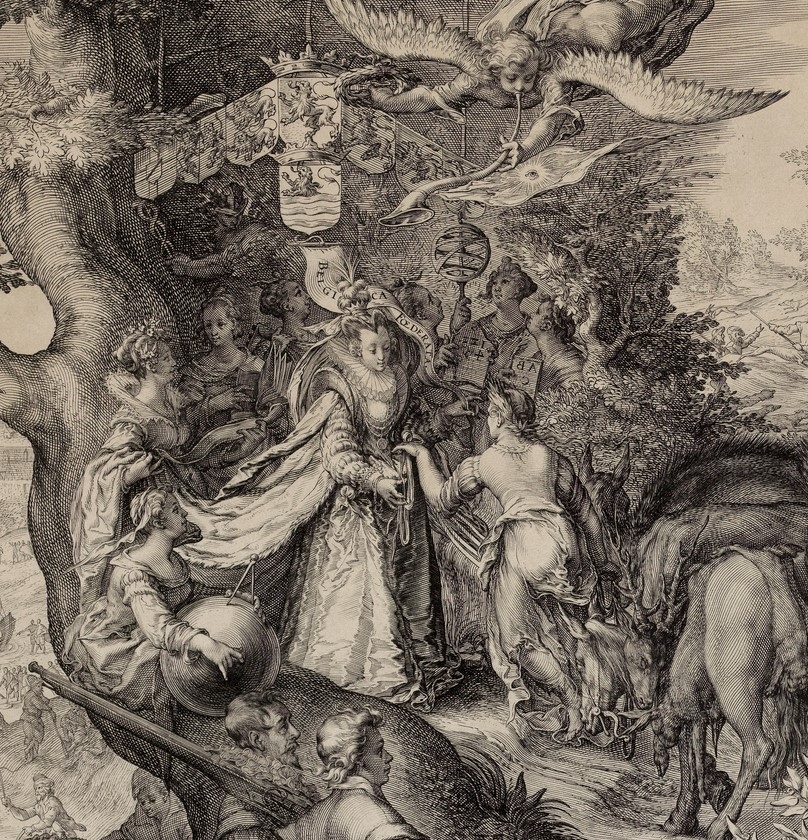 In this print titled: Allegory on the Present State of the United Dutch Republic from 1602, the allegorical “Maid of Holland” is legitimized by the presence of numerous ancient Greek gods and goddesses and receives offerings from a “hunting party” led by Maurice of Nassau. 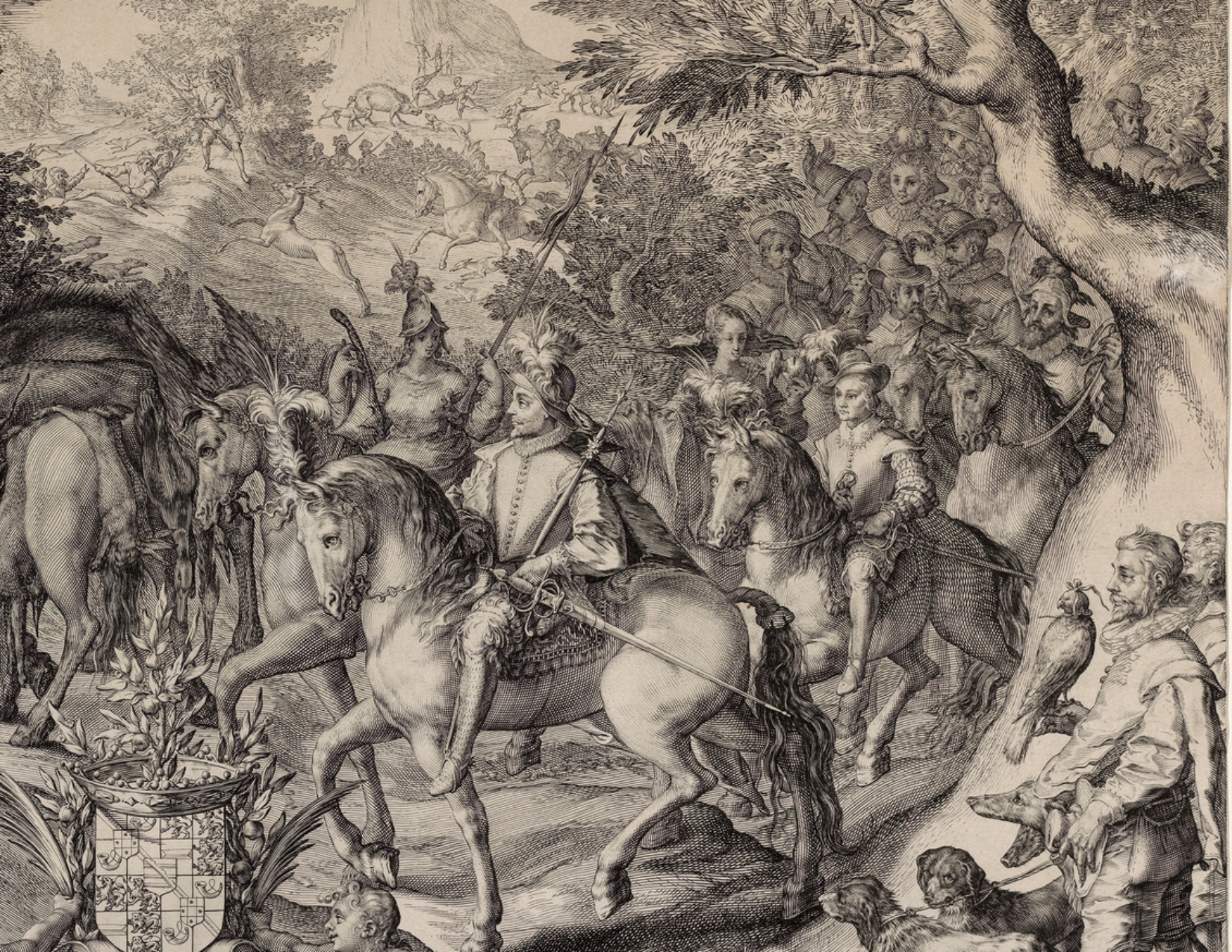 Maurice was a good publicist and after waging numerous successful campaigns against the Spanish invaders he used propaganda like this to help secure his role as the true anointed but humble leader of the new Dutch Nation.