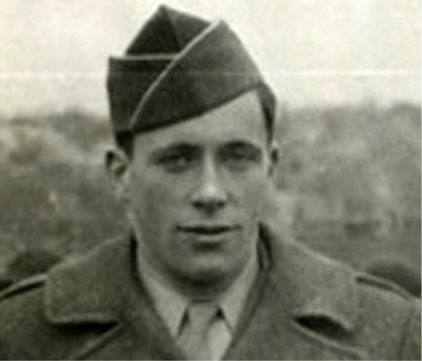 Henriette Kets de Vries is the Cunningham Center Manager and Assistant Curator of Prints, Drawings and Photographs at the SCMA. She worked closely with Kurt Lang and featured works from his collection in the exhibition No Man's Land: Prints from the Front Lines of WWI.

All of us at SCMA were very saddened by the passing of donor and scholar Kurt Lang on May 1, 2019. In 2014, Kurt and his late wife, Gladys Engel Lang, donated their extensive collection of over 1400 prints, drawings, and paintings to the museum. This collection was developed during the research for their co-authored book Etched in Memory: The Building and Survival of Artist Reputation (1990). Examples from this important gift have been featured in exhibitions in the Museum over the past five years, most recently in No Man’s Land: Prints from the Front Lines of WWI.

In addition to being a highly-respected scholar, Kurt was a remarkable person with an intriguing history. Born in 1924, he lived in Berlin, Germany, for his first twelve years before immigrating to the U.S. with his family. Kurt grew up in the shadow of the Great War. His father served as a medical officer in the German army and as a child Kurt heard harrowing tales of the war and read many accounts of these momentous events.

Both he and Gladys played important roles in the American war effort during the Second World War. Gladys worked at the Office of War Information in Washington, D.C., while Kurt served in the U.S. Army and shared his expertise to counter-intelligence operations, including the de-Nazification programs following the war. The fascinating story of Kurt’s experiences during the war and their impact upon his career were highlighted in an Atlantic article in 2017.

His perspective on the war spurred him to study the military and political propaganda and the effects of Television on politics in 1947. These interests ultimately resulted in a PhD in sociology from the University of Chicago. It was during his studies that he met Gladys.

In the early 1950s, the Lang’s began their prodigious careers as collaborators. Together they authored the ground-breaking study “The Unique Perspective of Television and Its Effect: A Pilot Study,” in which they documented how television coverage shapes and effects how viewers understand and react to current events. Their collaboration would continue for decades to follow and led to Etched in Memory: The Building and Survival of Artistic Reputation. This study focused on the painter-etcher movement from the 1860s through World War II, as they sought to understand why some artists are remembered while others languish in obscurity.

Kurt was generous with his expertise and his time. As curator of the No Man’s Land Exhibition I personally got to work with him during the preparations of the show, and it was his deep knowledge of the collection that helped me formulate its thesis. I will remember fondly the unique experience of his participation in the study session on the Lang Collection with Smith faculty. It was equally auspicious that he was able and willing to formally introduce the opening of the No Man’s Land exhibition and offer his perspective on the prints in the gallery.

The unique selection of prints Kurt and Gladys collected over the years bear witness to their life’s vision. Prints created during the 1930s from the Lang Collection will be included in an exhibition on the American Depression which will open at SCMA in November 2019. Kurt provided helpful insights for this show as well. These two exhibitions demonstrate the breadth of the resource represented by the Lang Collection. I am sad that this time neither of Kurt nor Gladys will be with us to see the show come to fruition, but gratified to see that their legacy will continue to be preserved at SCMA.