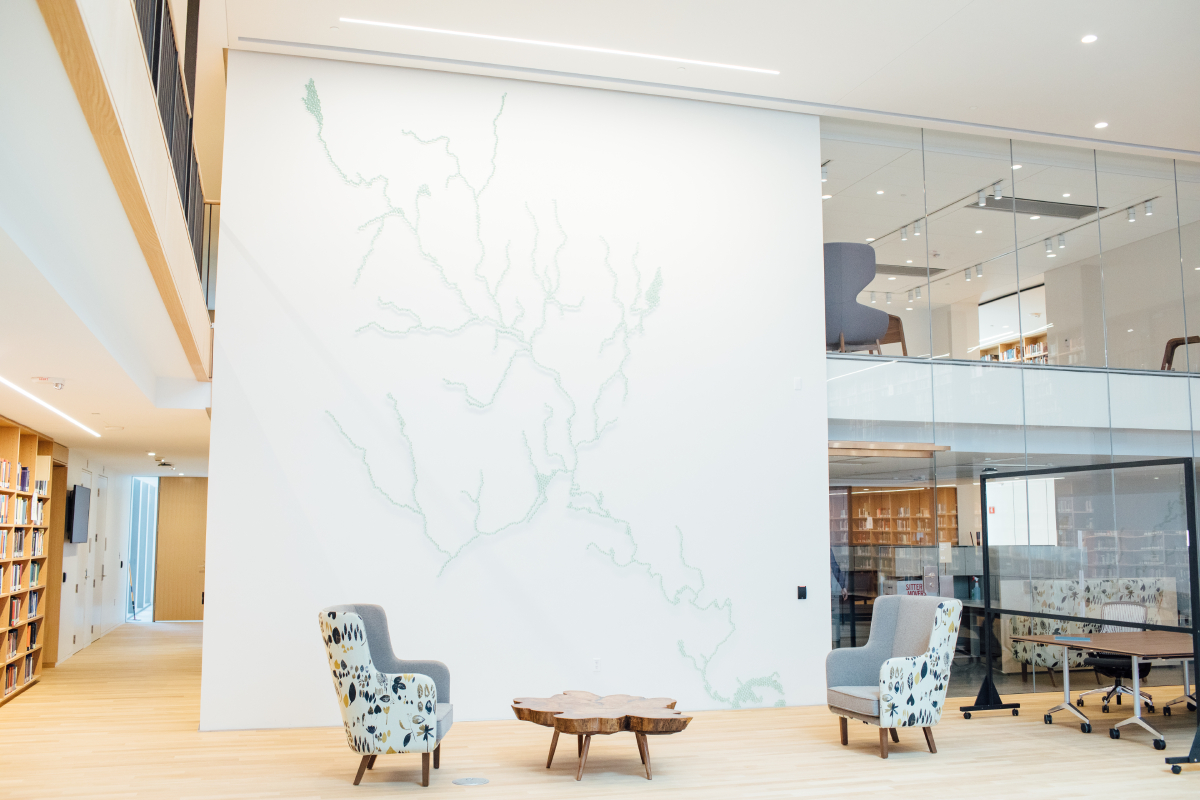 On the week of January 11th, SCMA Preparator Matthew Cummings and I were tasked to help out with the installation of Along the Cappawonganick (Mill River), a sculpture by Maya Lin created specifically for a wall in the lobby of the newly renovated Neilson Library. The library was still a hard hat area and construction was in its final stages. The sculpture is a river outline map of the Mill River — a tributary of the Connecticut river located in the Pioneer Valley of western Massachusetts — traced out by one-inch glass marbles. 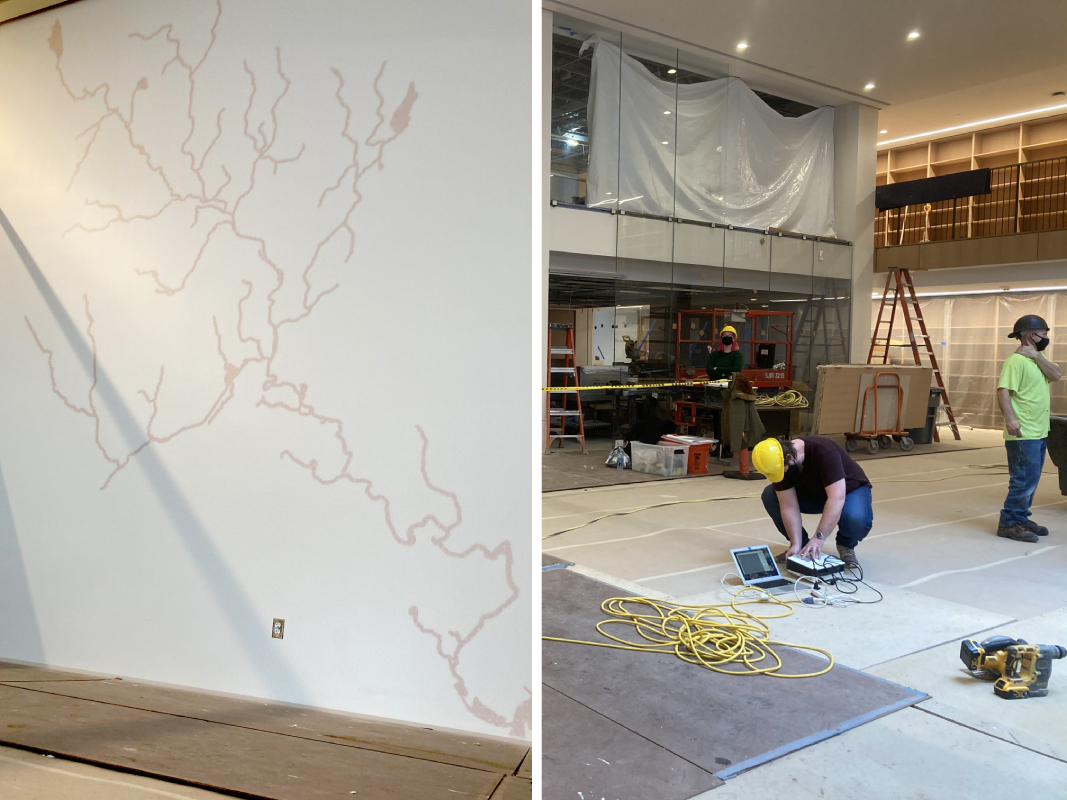 James C Ewart (manager of Maya Lin’s studio and lead for the installation) projects an image of the design he had created of the sculpture onto the wall.

Our materials were recycled industrial glass marbles, hot melt glue, and a wall. The first stage of the installation was to trace an outline of the path of the marbles. To do this accurately, James C Ewart (manager of Maya Lin’s studio and lead for the installation) projected an image of the design he had created onto the wall. Interestingly, his mockup was to scale and consisted of an outline composed of tiny circles approximating the size of the marbles — he had a pretty good idea of the number of marbles we were going to use before we even started (the final count was 2,088 marbles). One sidenote: in the initial planning of the project, they considered running the sculpture up past the wall and onto the ceiling, but the marbles did not adhere well to the soundproofing material of the ceiling. 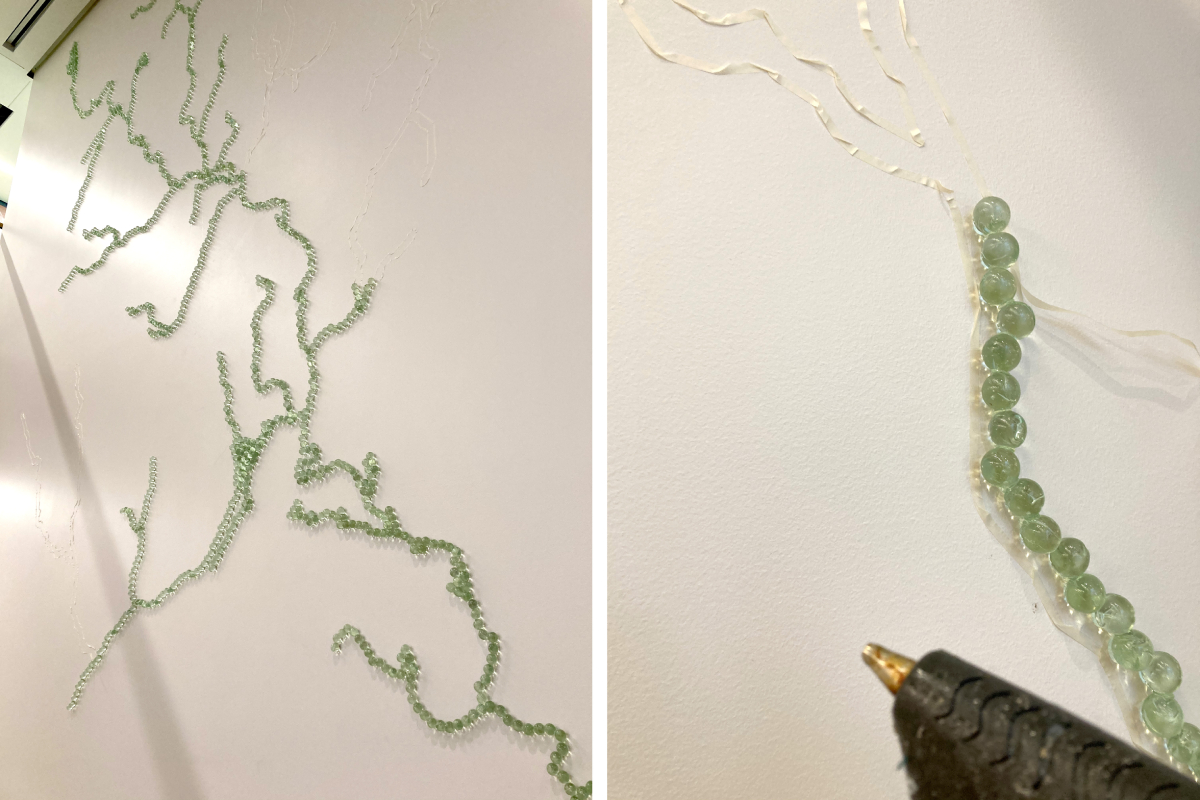 Glass marbles are glued on with hot melt following the masking tape outline.

James, his assistant Felicia Atanasio, SCMA Preparator Matthew Cummings, and I traced the outline of the projected path of the marbles with thin masking tape onto the wall (all the while trying to social-distance as much as possible). We placed the tape just over an inch apart so we would have room to adhere the marbles just in between and only have to remove the tape after we had installed the marbles. 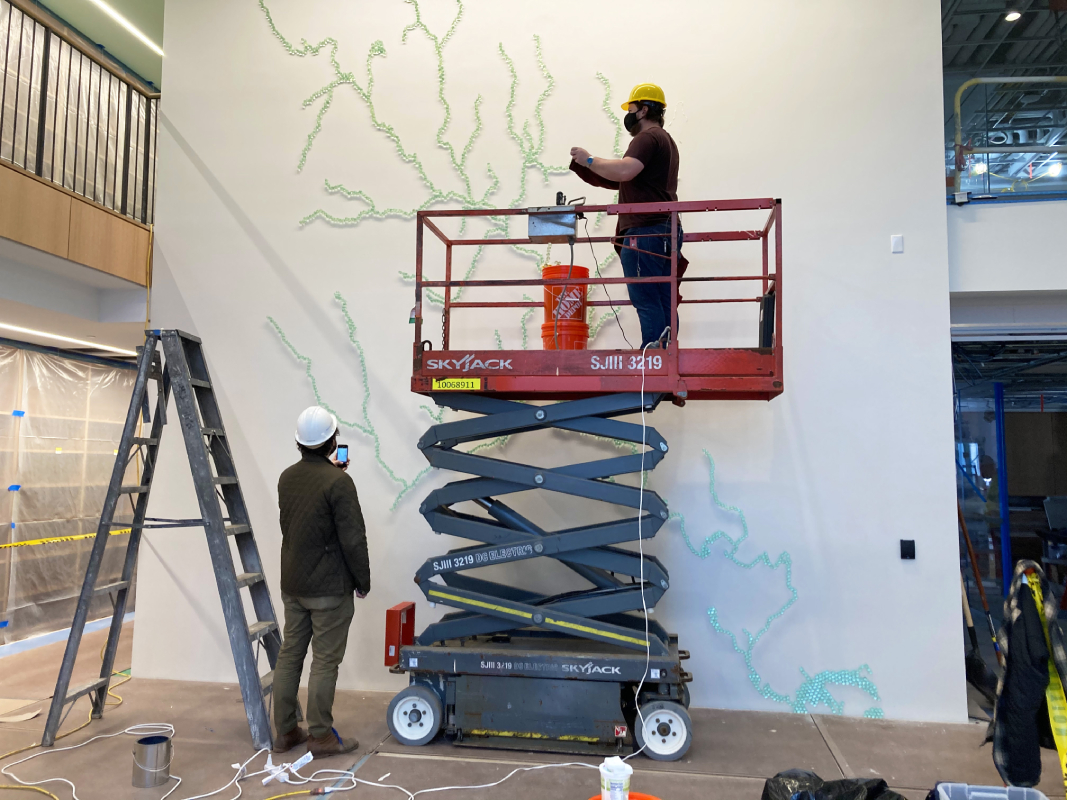 Then came the installation of the marbles. We used clear hot melt glue to adhere the marbles onto the wall. A glob of glue was applied to two adjacent sides of each marble so they would adhere to the wall and each other making a very solid bond. We only had to hold the marbles for a moment as the glue cooled and set really quickly. The trick was to apply just enough glue so it would not drip or squeeze out the sides so as to not be too visible (also, to not burn our fingers). The final step was to clean up any residual glue, wall smudges, and polish up the marbles with a cloth. Fortunately, no one lost their marbles during this installation. 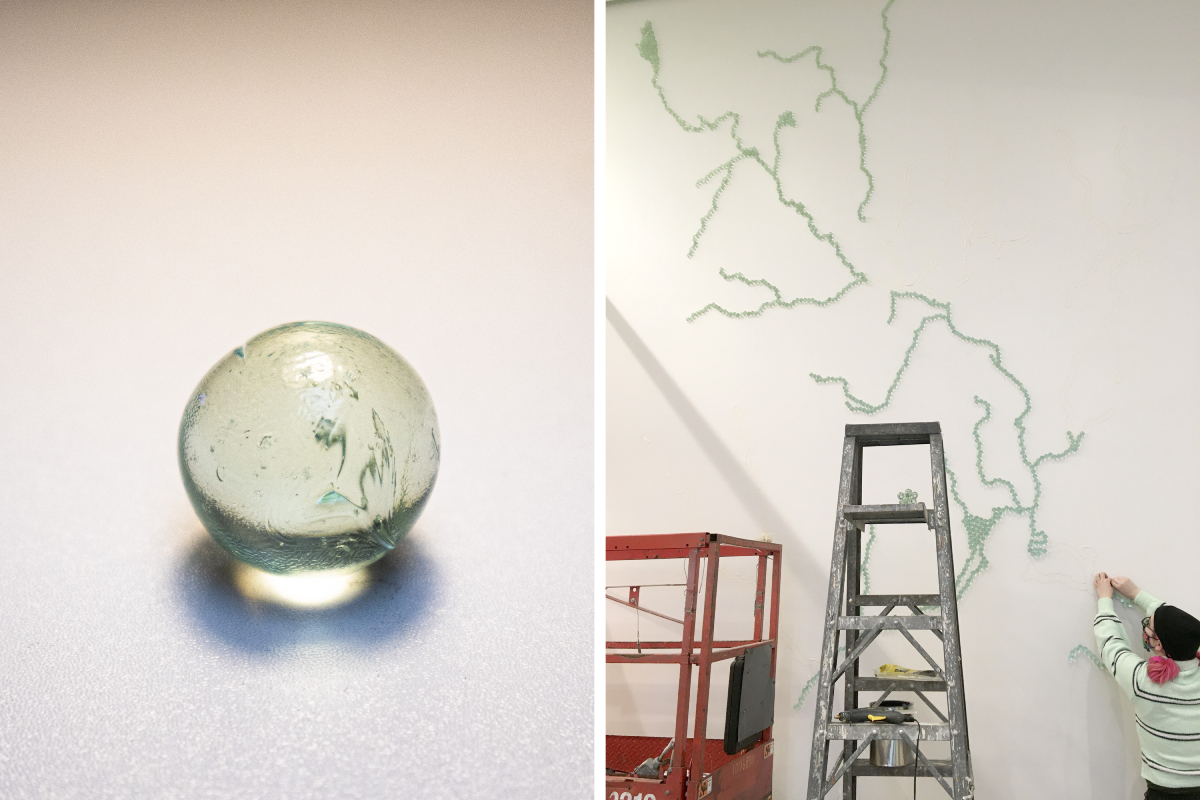 Felicia installing and a closeup of a recycled industrial glass marble.

The new Neilson Library opened to members of the Smith College campus community late last month. You can learn more about the new Neilson here.