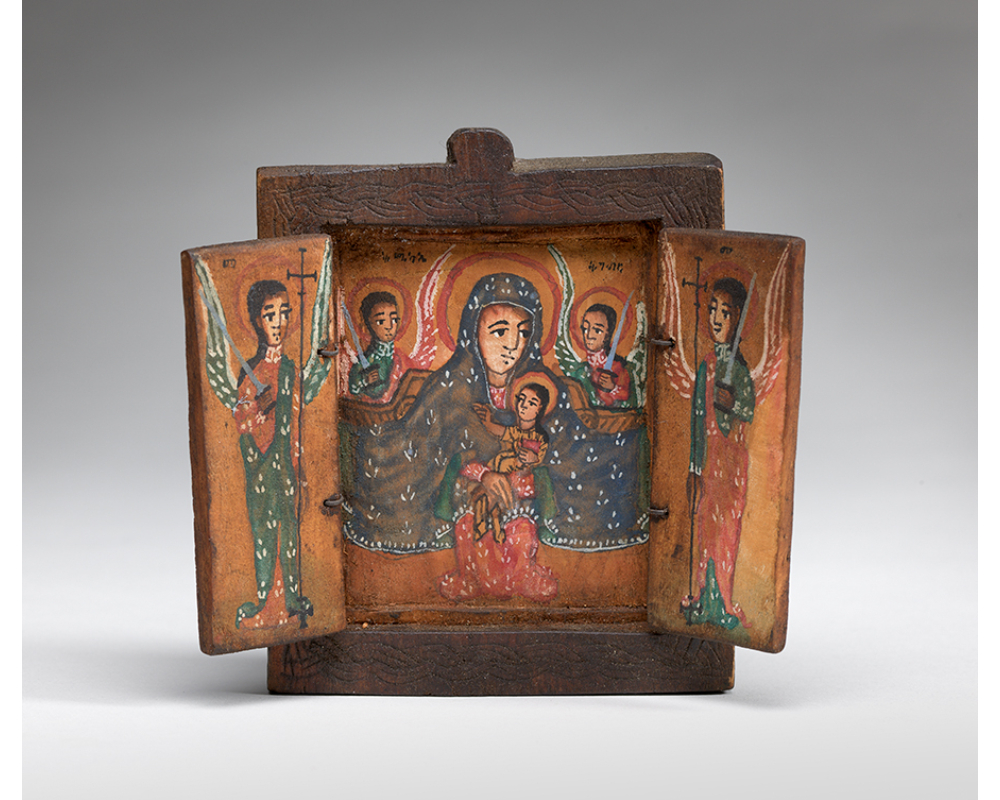 Molly Hoisington is an Assistant Preparator at the Smith College Museum of Art.

The triptych needed work; its twine hinges had unraveled or just disintegrated and needed to be replaced. It appears, at first, like a simple task: just thread new twine through the existing holes and be done with it but it wasn’t quite so. There were two significant snags (and a few less significant). First,  the holes the twine needed to pass through were literally in the paintings. Second and most complicated to deal with was that the holes in the center panel each had two openings which met in an elbow-shape. The worst part? The vertical holes had been drilled slightly past the horizontal ones to form a small well. 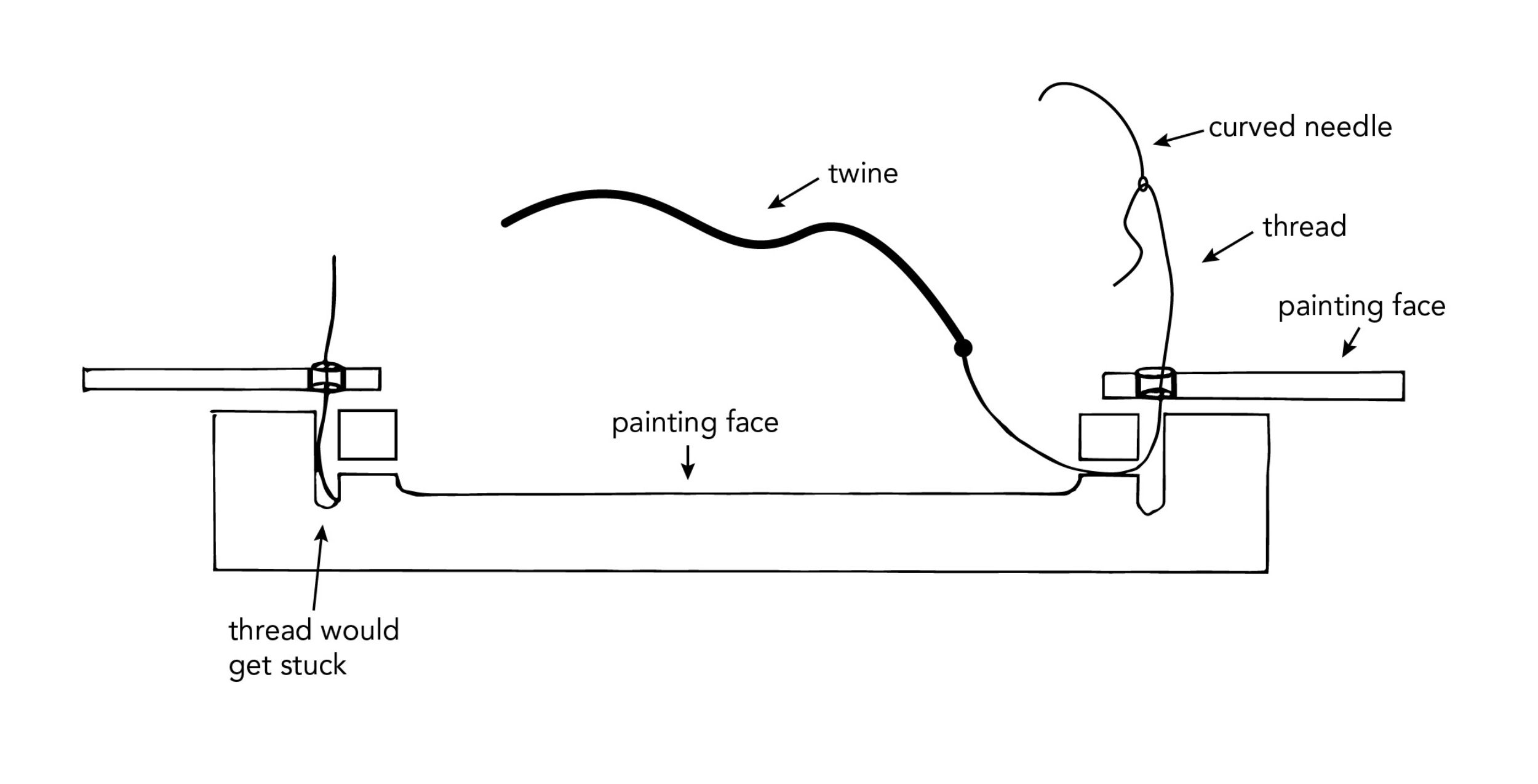 Nik Asikis, Chief Preparator, and I created this diagram to illustrate the tricky twine hinges on this triptych.

The simplest part of the process was preparing the twine: I stained it to match the tone of the wood, and then coated it with beeswax. The beeswax I thought would both keep the color in and, hopefully, make the twine stiff enough to make it past the well of the elbow. That idea was a bust, though, and actually made my successful theory a little harder than it could have been. It did, however, help with smoothing the knot, making it so I could hide the knot in the hole and thus making it less visible.

The two wing panels, where the holes were bored through the paintings, weren’t actually such an issue. The holes were uneven, kind of like the holes in my pierced ears, but in both cases you just have to carefully, gently, work it through.

On the center panel, I first tried threading the twine through the hole hoping that if I got the twine just a little way in, I could pull it the rest of the way with a pair of tweezers. Nope.
All of this is pretty delicate work and because it’s art, it’s important to wear gloves when handling it. But trying to manipulate the string and making knots can be very awkward and frustrating when you’re wearing gloves. This time, I was given permission to eschew the gloves and just be sure that I washed my hands very, very thoroughly.
Another problem was that the horizontal hole emerged just above the painting in the center panel and as such, there was a chance of damaging the painting with metal tweezers, and so I had to be very, very, precise.

Vews of Virgin and Child Flanked by Two Angels while closed from the front (left) and back (right).

Anyway, I thought that if I could bend a sewing needle into the right shape I could thread it through that way. I did manage to bend a needle – I think it was actually a quilting needle, it was so small – into the right shape to make it through the bend, but I had applied the beeswax too thick and when it was doubled up to thread the needle, the holes were too small for the twine to pass through.

Eventually, with the help of some brainstorming with Nik (the Chief Preparator, and my coworker), we figured out a solution: thread fishing twine – which is much more slender – through the needle, and pull that through the hinge holes in the center panel. Then, use the fishing twine to pull the hinging twine along the right path. I was pretty pleased; I wasn’t the first person to try to figure it out, but I did it (!), of course, though, by exchanging ideas back and forth with Nik.

Hi Molly,
Very nice job on the hinge replacement. I loved hearing how you (and Nik) solved the technical issues. The toning on the twine is beautiful. I'm sure that the triptych is much happier with its new "hardware."
Congratulations.
All the best,
David

Submitted by Benjamin Bradford on June 22, 2021

Incredibly useful and detailed information. You are growing rapidly and it shows in your blogs. Shed Parts