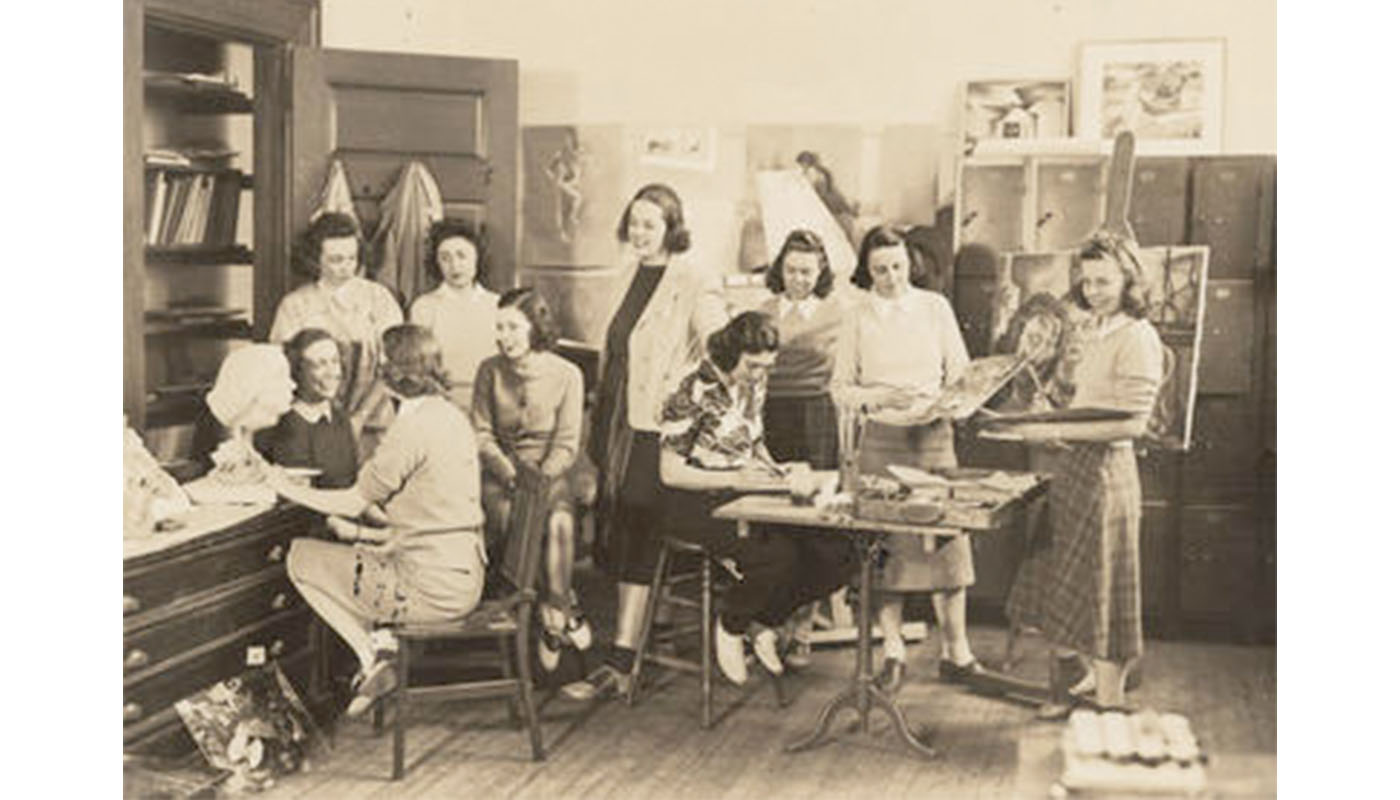 Maggie Kurkoski is a member of the Smith College class of 2012 and was the Brown Post-Baccalaureate Curatorial Fellow in the Cunningham Center in 2014.

This post is part of a series about the early years of the print, drawing and photograph collection.

While I was learning about the early years of the art collection, I happened to notice that several early additions to the prints collection came from Smith students, more specifically members of the Studio Club. 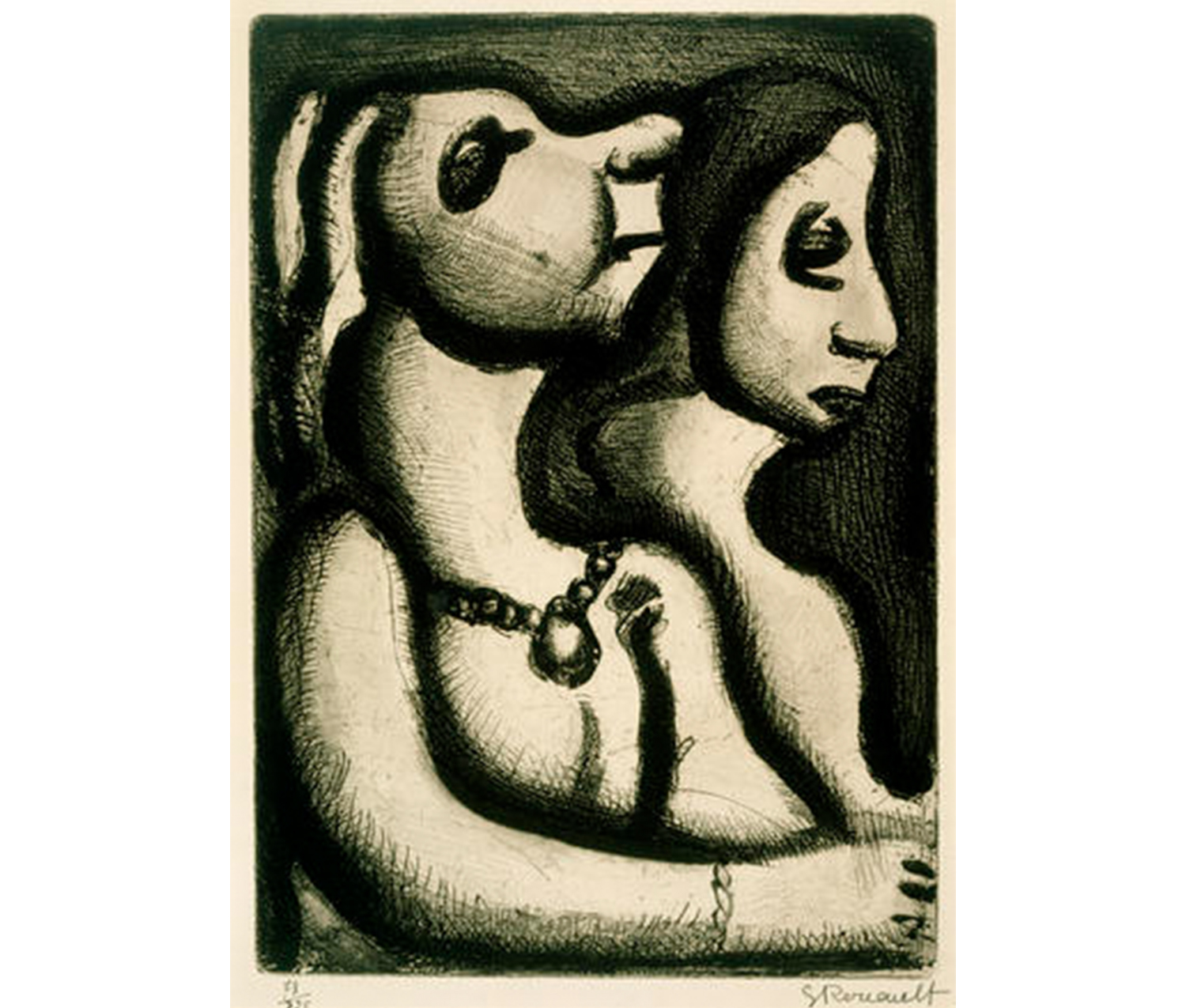 The Smith College Studio Club began in 1907. Some members were artists; others were more interested in the study of art. They kept busy bringing art to campus: they organized lectures by notable art historians, spoke about jobs opportunities in the field, and put on exhibitions of works by students and faculty.

At the time, Alfred Vance Churchill was the head of the Art Department. To him, art reproductions and plaster casts of statues were “mere shadows and substitutes for reality,” and during his tenure he brought in many original works for students to study. One such loan exhibition occurred in 1911, with several etchings by Dutch artist Rembrandt van Rijn.

One etching, titled Three Crosses, caught the eye of the Studio Club. The Art Department had already earmarked a large amount of its budget for a new lecture hall and couldn’t pay for the print outright, so the Studio Club members resolved to raise $200, the extra funds necessary to buy it themselves. In their words, “everyone knows the value of any original work of Rembrandt’s and we feel that this is an opportunity to procure a masterpiece for our collection at a remarkably low price.” 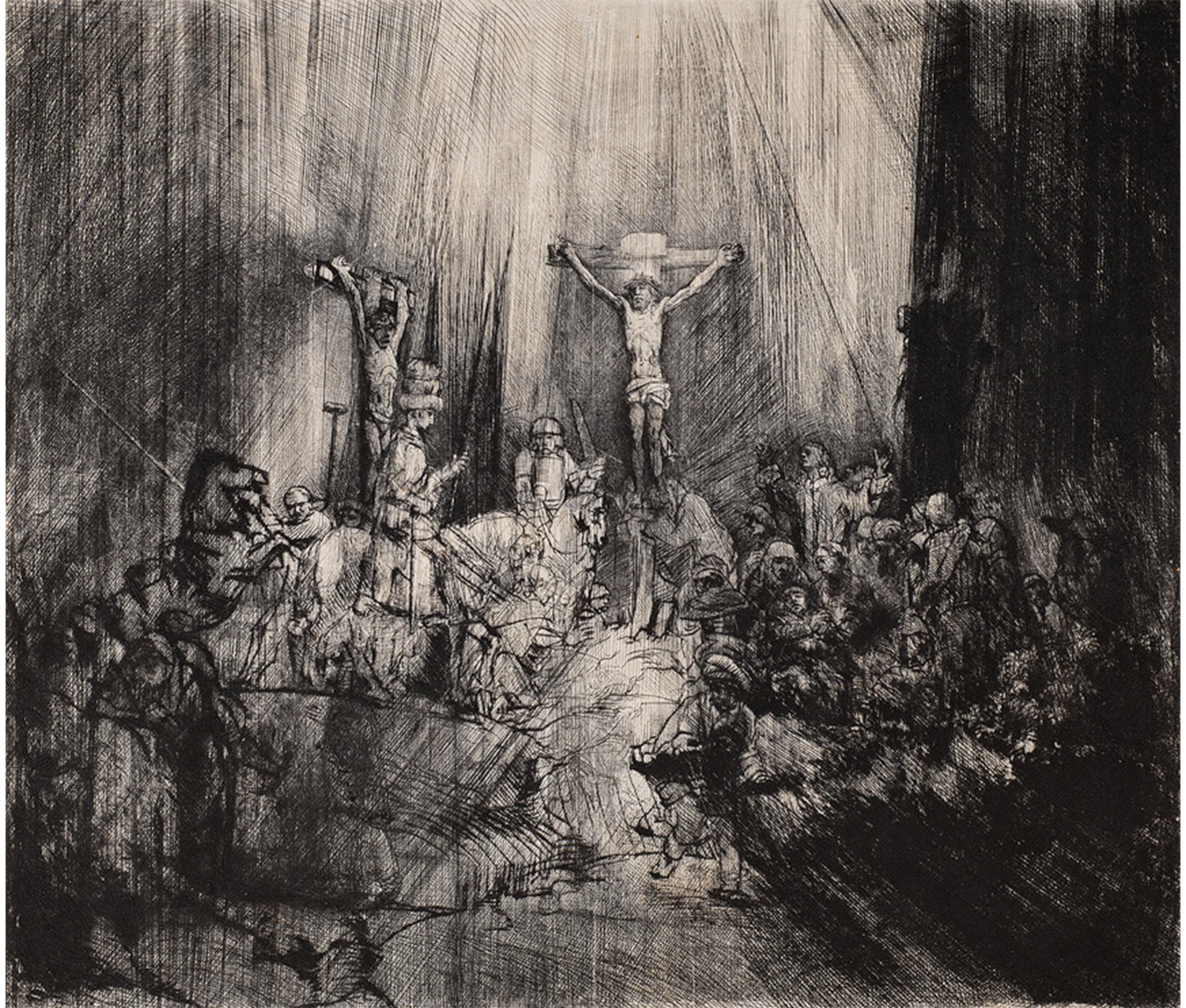 The fundraising became a campus-wide effort, with contributions from individual students and other organizations such as the Glee Club, which donated $40 from the proceeds of the Spring Concert. By the end of the year, the Studio Club was able to make their donation, a gift that marked the start of a serious print collection at Smith College. 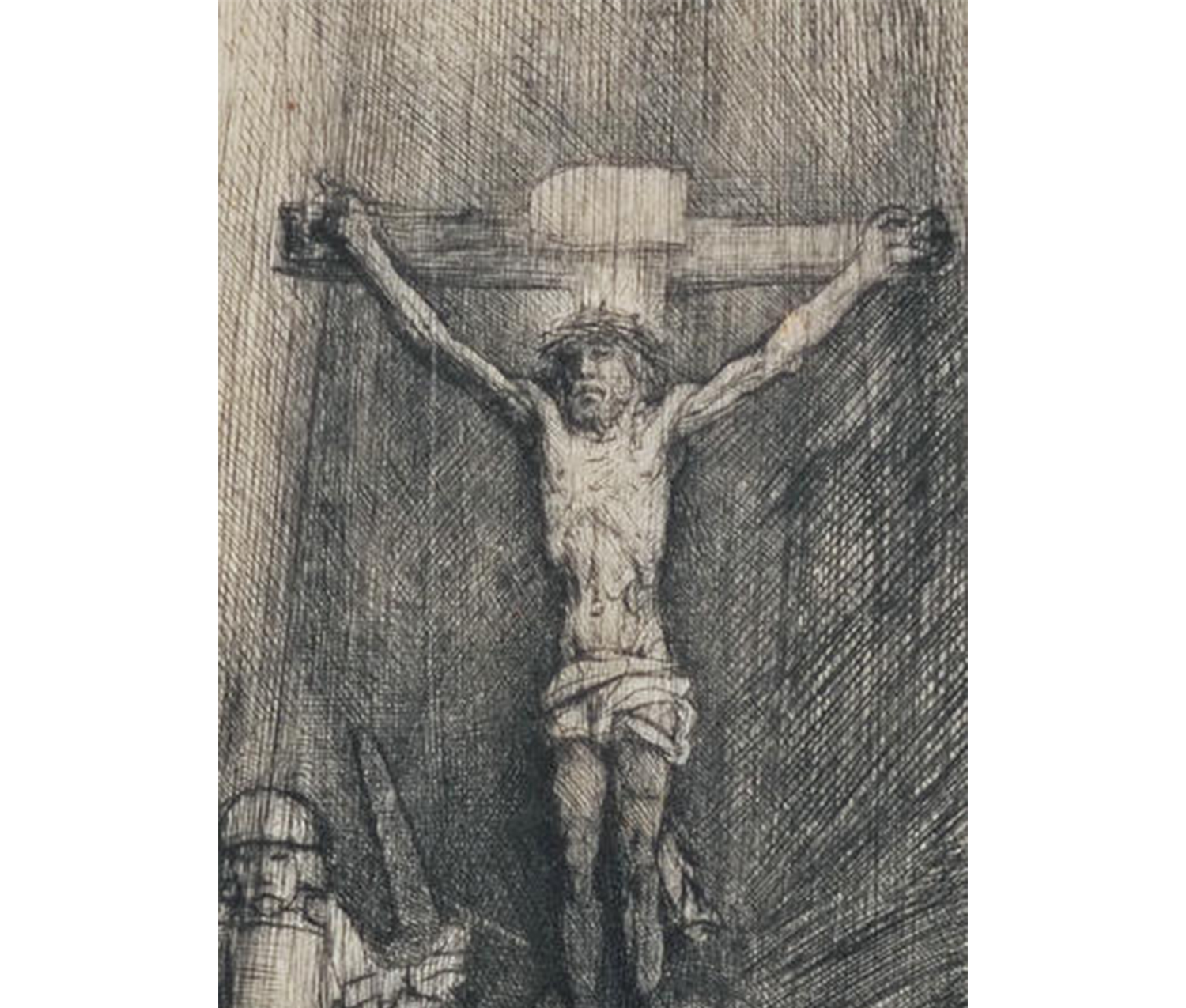 Detail of The Three Crosses, Christ Crucified Between the Two Thieves 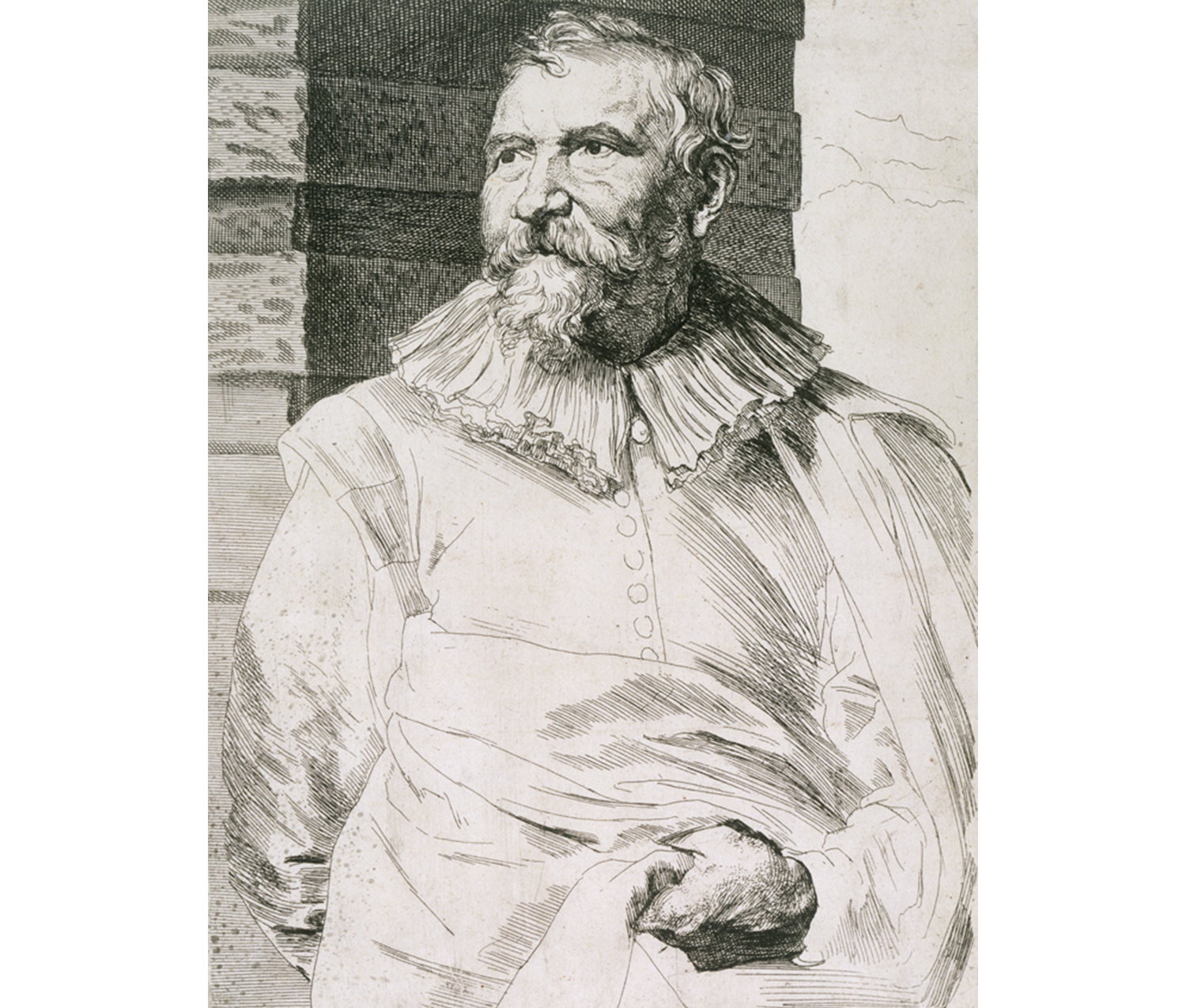 The next donation from the Studio Club occurred ten years later, in 1922; they gave an etching by Flemish artist Anthony van Dyck. While we don’t have much information about the Studio Club in this period, perhaps this gift was made in honor of the ten-year anniversary of the first. At this point in history, the Museum of Art had only been established three years prior. 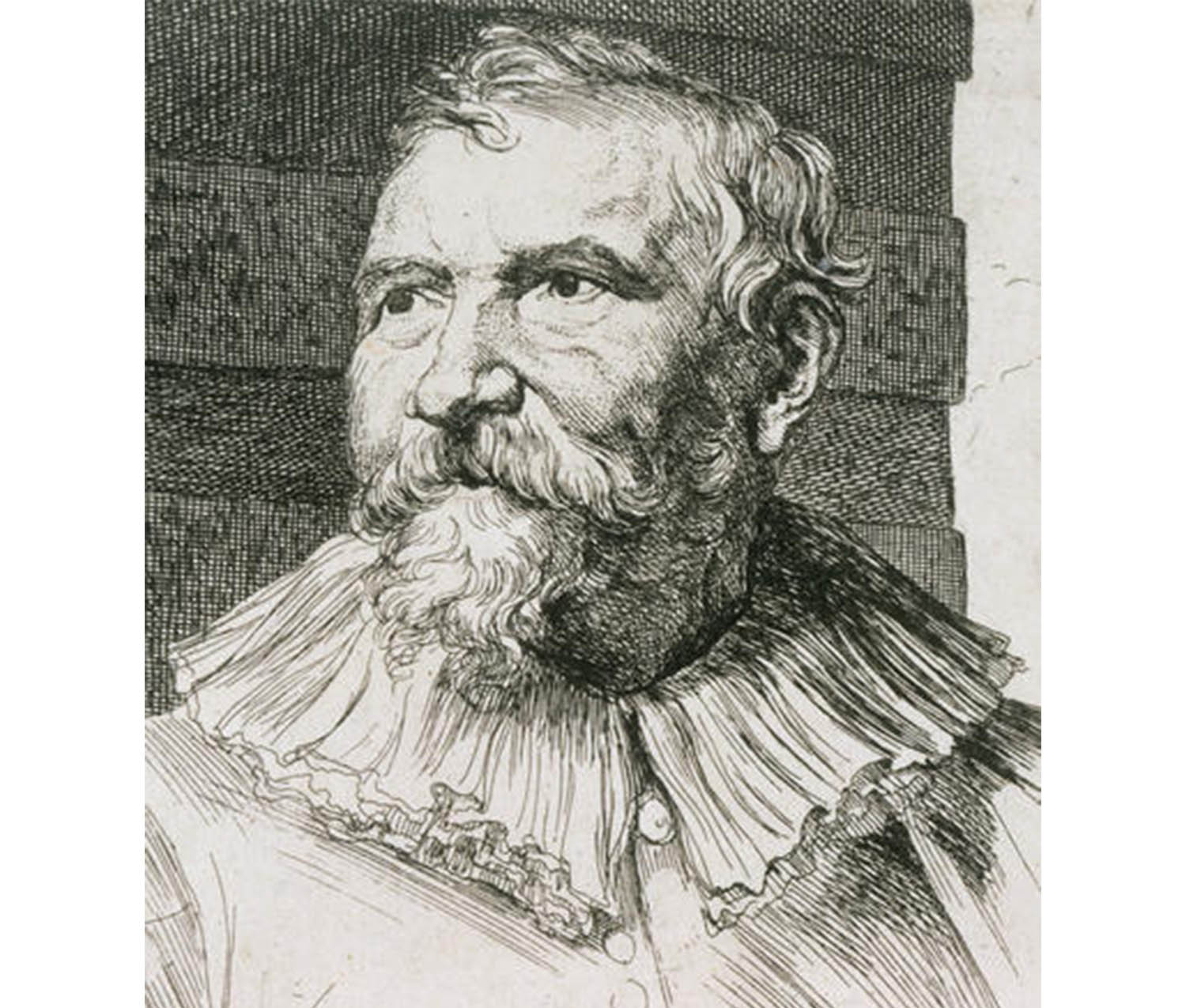 In fact, the next gift from the Studio Club was also made ten years later, in 1933, maybe for the same reason: Picasso’s La Toilette de la mère (Mother's Morning Ritual). It was the second Picasso piece added to the collection. 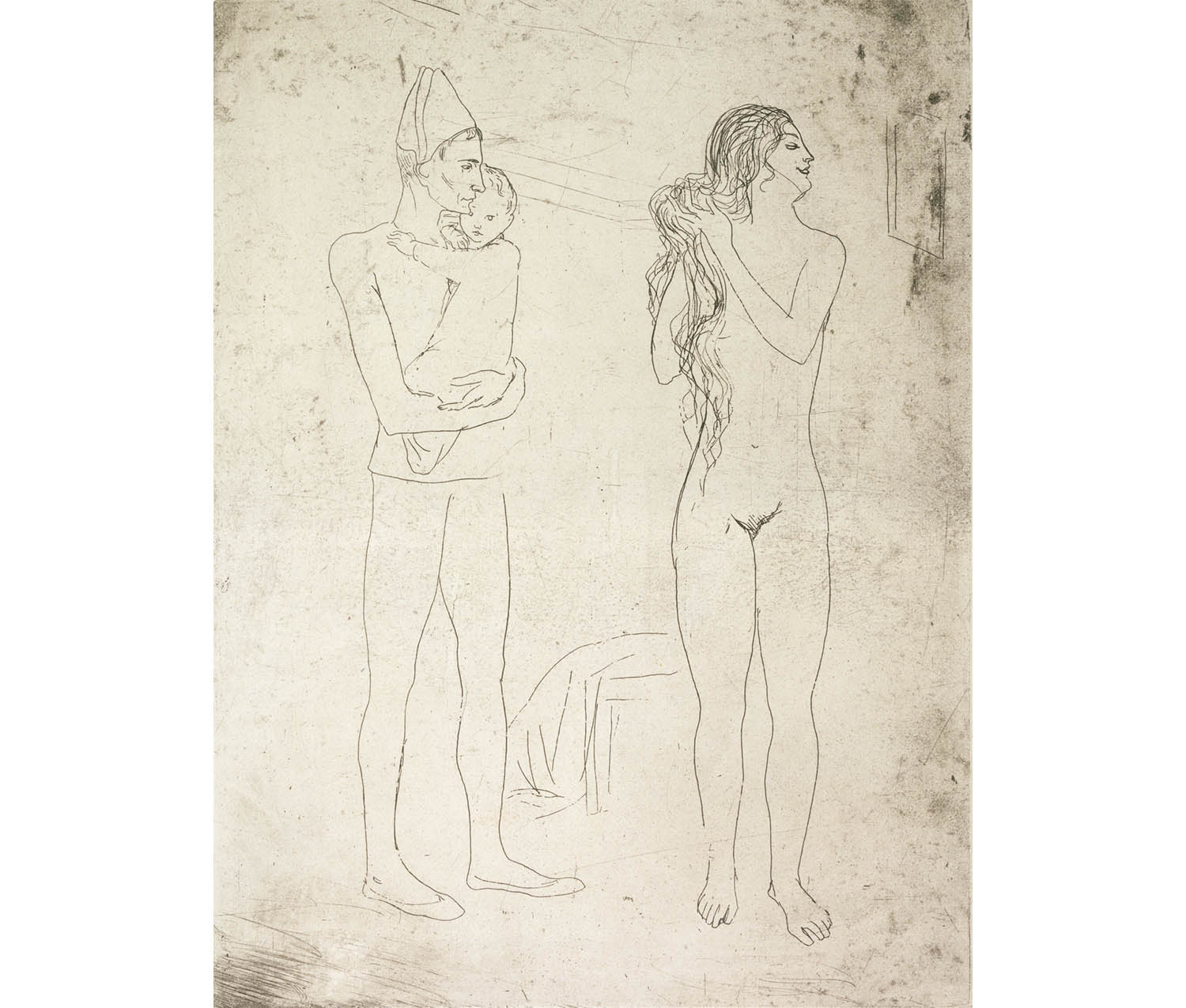 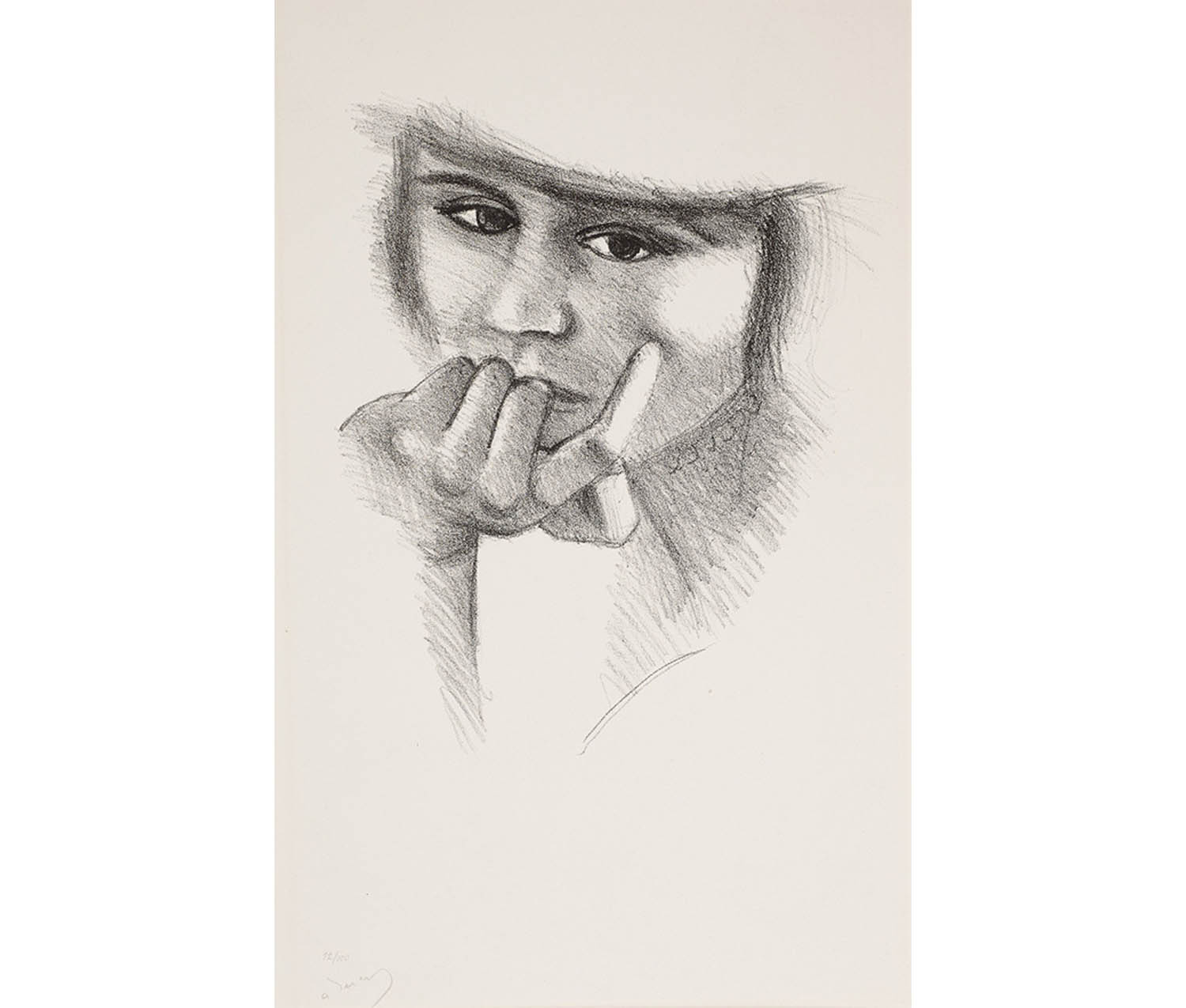 By the end of the 1940s, the Studio Club seems to have petered out. Other clubs rose up to fill its role on campus: in 1979, for example, Ars Artis likewise sought “to foster an interest in and appreciation of the visual arts, their origin in the studio and place in history” and “to increase student awareness of fellow students’ and faculty works and studies.” [source]

Today, there are a number of student organizations that engage with art on campus, and contribute to the Museum’s rapidly growing collection. SMAC (the Student Museum Advisory Council) is the voice of the student body in the Museum, while the Art Resources Committee organizes art events on campus. While the Smith College Studio Club no longer exists, Smithies today are passionate creators and promoters of in the arts, much like their foremothers in 1907.