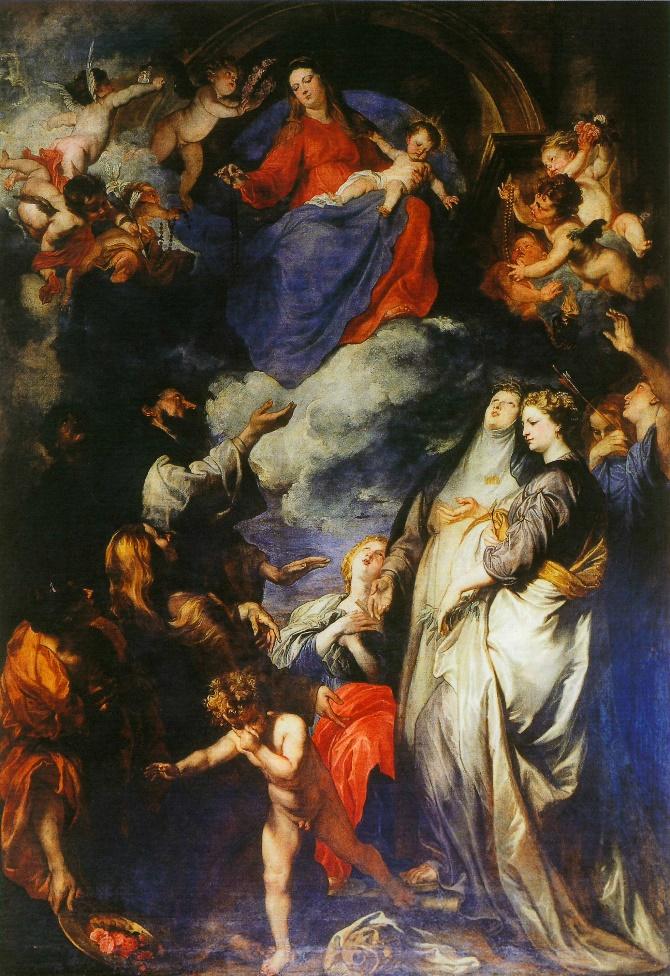 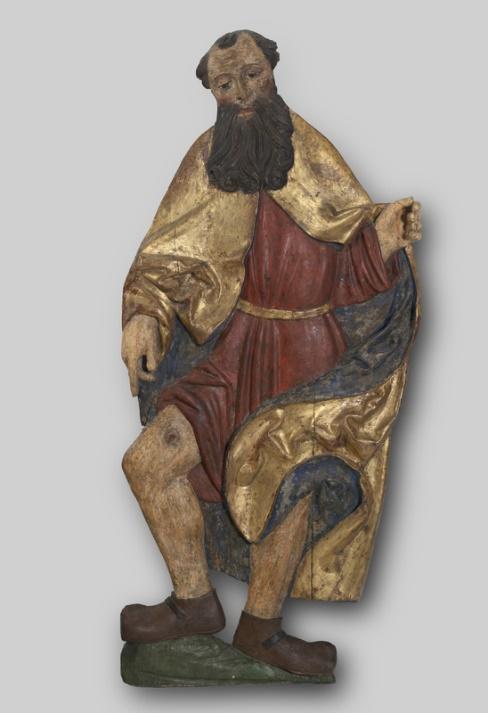 Staying Inside | Art in a time of Plague

Staying Inside is a series on SCMAinsider that regularly features contributions from SCMA staff and students about what we are into right now, be it a book, a work of art, a song, a podcast, a recipe, a way to get outside, a performance; anything, really, that we are holding close or that brings us comfort and connection right now. Today's post is by Danielle Carrabino, Curator of Painting and Sculpture.

In times of despair, I have often found comfort in history. Just when you think you are living in an unprecedented moment, history teaches us that people have overcome similar situations. In the not so distant past, just as COVID-19 was beginning to become more of a threat in the United States, the number of cases in Italy skyrocketed. The images on the news resonated deeply with me because I spent most of my early life in Italy and later returned there to work as an adult. As an art historian, I have also dedicated my research to Italian art and culture from the 15th to 17th centuries, which intersects directly with the Bubonic plague or Black Death. Beginning in 1348, the plague ravaged Europe for several centuries, long before the concept of a vaccine was even imagined. Like Coronavirus, the plague was invisible and therefore difficult to contain. Perhaps people at the time sought comfort in reading about the plagues of the ancient world. Similarly, I tried to restore a sense of hope in recalling all of the episodes of plague Italy had survived throughout its history. Despite devastating losses, the plague did eventually pass and curves were flattened. It has helped to reassure me that Italy, along with the rest of the world, will overcome this challenge as it has so many times before.

Although I never thought I would experience a similarly devastating pandemic in my own lifetime, I am fascinated to find that many of the responses to the plague are not unlike those to Coronavirus today. During times of plague, artists created some of the most powerful works of art. In addition to works of literature, music, and other artistic forms, deeply moving paintings and sculptures inspired a renewal of faith and extraordinary acts of charity. I now have a new insight into those works of art. They seem more relevant than ever before. I would like to share two of them here, which have special meaning to me and which I have been thinking about in the past few weeks.

One of the books I recently pulled from my bookshelf is an exhibition catalog from 2005 titled Hope and Healing: Painting in Italy in a Time of Plague, 1500-1800 (Clark University, College of the Holy Cross, and Worcester Art Museum). This is where I first learned about works of art created directly in response to the plague. In particular, an article on the 1624 plague in Palermo and artist Anthony van Dyck’s visit and subsequent quarantine there later informed an article I published. While in Palermo, van Dyck painted several images of Saint Rosalie, the saint who is credited with curing the city of plague. Every year since, Palermo has celebrated this miracle and honors Saint Rosalie as its patron saint. Although devotion to this saint never really disappeared, Saint Rosalie is once again being invoked to rescue Palermo from COVID-19. History, to quote an old cliché, repeats itself. Although I first considered van Dyck’s monumental altarpiece of the Madonna of the Rosary (slide 1) in the context of its intended setting in a charitable confraternity in Palermo, I now understand it as a document of the moment the artist lived in fear and uncertainty among the people of Palermo. It was created in the spirit of an ex voto, or an image that offers thanks for prayers answered. The detail I find most compelling among this image crowded with saints and other holy figures is the angel in the foreground who holds his nose from the stench of rotting bodies. The artist, surrounded by death, recounts the reality of its inescapable smell that hung in the air. It is a first-hand account that provides a visceral insight into what it felt like to be in Palermo at that time.

A work related to the plague from the SCMA’s own collection is the polychrome wood figure of Saint Roch (slide 2), created in 15th-century Germany (SC 2018.42.2). This sculpture is the first work of art I acquired for the museum as a gift, soon after taking up my position less than two years ago. I was instantly taken by it and was eager to add it to the collection. What better way to familiarize students with the popularity of this saint than with this seemingly jolly figure? This sculpture, which at first appears whimsical with its bright colors and playful pose, suddenly becomes more sobering when his identity is revealed. With one hand, he pulls up his tunic to reveal a large boil on his leg, the mark of the plague, to which he points with his other hand. As one of the patron saints of the plague, Roch was a figure to whom people could pray for themselves and their loved ones at a time when Europe’s population has already been reduced by a third. In short, he offered comfort during a time of hopelessness.

Although my own experience has led me to focus on Europe from a distant past, this is not to exclude or discount the many histories of illness that have had a significant impact on other parts of the world throughout time. The United States has had its own history of devastating diseases, such as tuberculosis, polio, the 1918 flu, and the AIDS pandemic, among countless others. There is a new curiosity about these illnesses and how they shaped history. It remains to be seen what lasting effects the current pandemic will have on our world. Life, as we once knew it, will likely change forever. However, once we do return to our lives, art will preserve the memory of this moment, even when we will try to forget. As it has done for many centuries, it will remind generations to come of this period of uncertainty and despair, and perhaps even provide hope during hopeless times in the future.

Wonderful narrative! Many thanks!

Art in the Time of Plague

What an interesting essay, Danielle! I can't wait for the museum to reopen so I can look more carefully at the figure of Saint Roch.