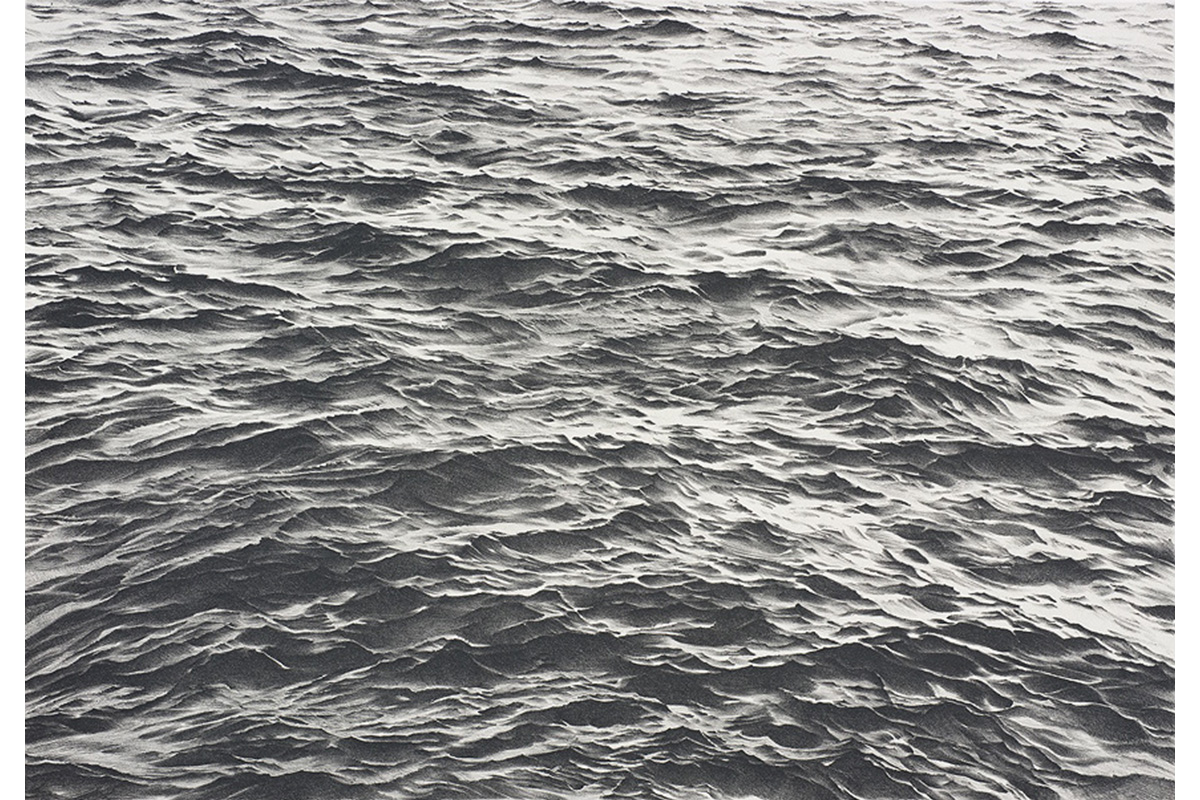 Vija Celmins: Always on the Surface

Julie Warchol is the 2012-2013 Brown Post-Baccalaureate Curatorial Fellow in the Cunningham Center.

Since the 1960s, Vija Celmins has been depicting the sprawling surfaces of the ocean, moon, desert floor, and night sky in remarkable detail. Her earliest works include a series of seemingly identical ocean surface images, including her 1970 lithograph Untitled [Waves]. This work is also one of Celmins’ earliest attempts at printmaking and has been called “one of the finest and scarcest American prints of the 1970s.”

In Untitled [Waves], Celmins renders the water with no visible depth, horizon lines, or other perspectival elements. While this is not a typical picturesque image of the ocean, the careful rendering is utterly captivating. Its mesmerizing hyperrealism draws the viewer into this shallow space and allows the eye to wander indefinitely. Despite Celmins’ obsessive repetition of the same ocean surface image in many different works from this period, she attests that for her water has no personal or symbolic significance: “It really went into a kind of rigorous building, and letting the material be the material. Letting the image be more and more like an armature. In some of these, the image is almost nothing.”

By Celmins’ own assertion, her work is first and foremost an exploration of the process of creating images and the physical properties of the medium with which she is working. In her ocean series, the works seem almost identical at first glance but are actually subtly individualized. For each work, Celmins uses just one drawing implement for the whole image; a soft 3B pencil, a hard 8H pencil, or a lithographic crayon (as in Untitled [Waves]) create different tonal qualities and marks in each of her works. 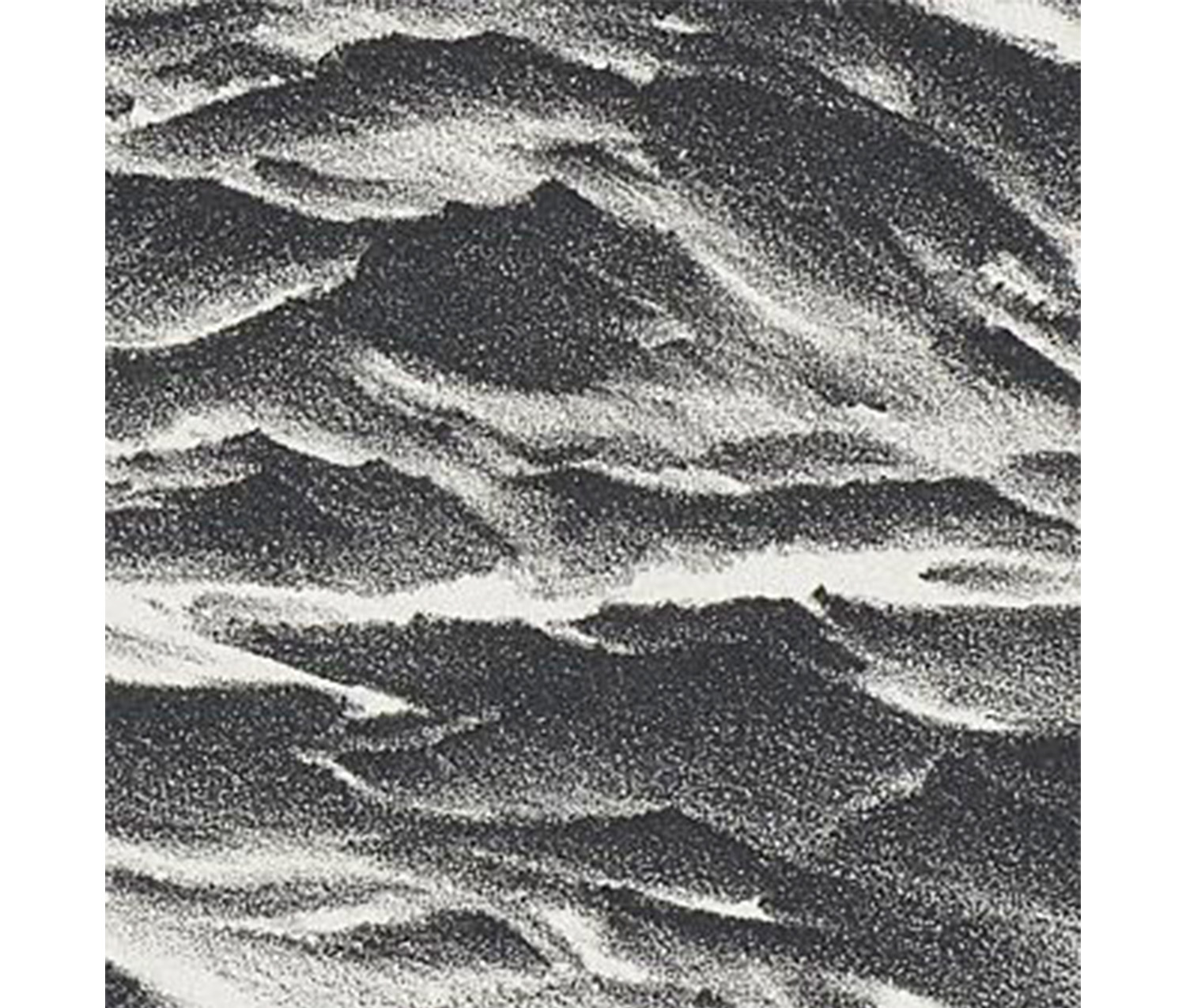 Drawing from a photograph of an ocean surface rather than by direct observation, Celmins distances herself from her original object of study. Working exclusively from her own photographs, an amorphous substance like water is distilled into sculptural forms of life and shadow, both allowing her to focus on the tonal possibilities of the medium and rendering the works devoid of symbolism, narrative, and specific context. By negating specificity in her images, Celmins explores the physical process of making a drawing or print. Celmins states: “I don’t think of the ‘ocean image’ as an image or something I’m interested in. I think of it as a way of identifying a piece of work that I can always return to… to work on…to perfect… to make ‘real’…” She uses water not as a subject in its own right but merely as a means of exploring the physical creative process – as a form to describe from a cool, unaffected distance.