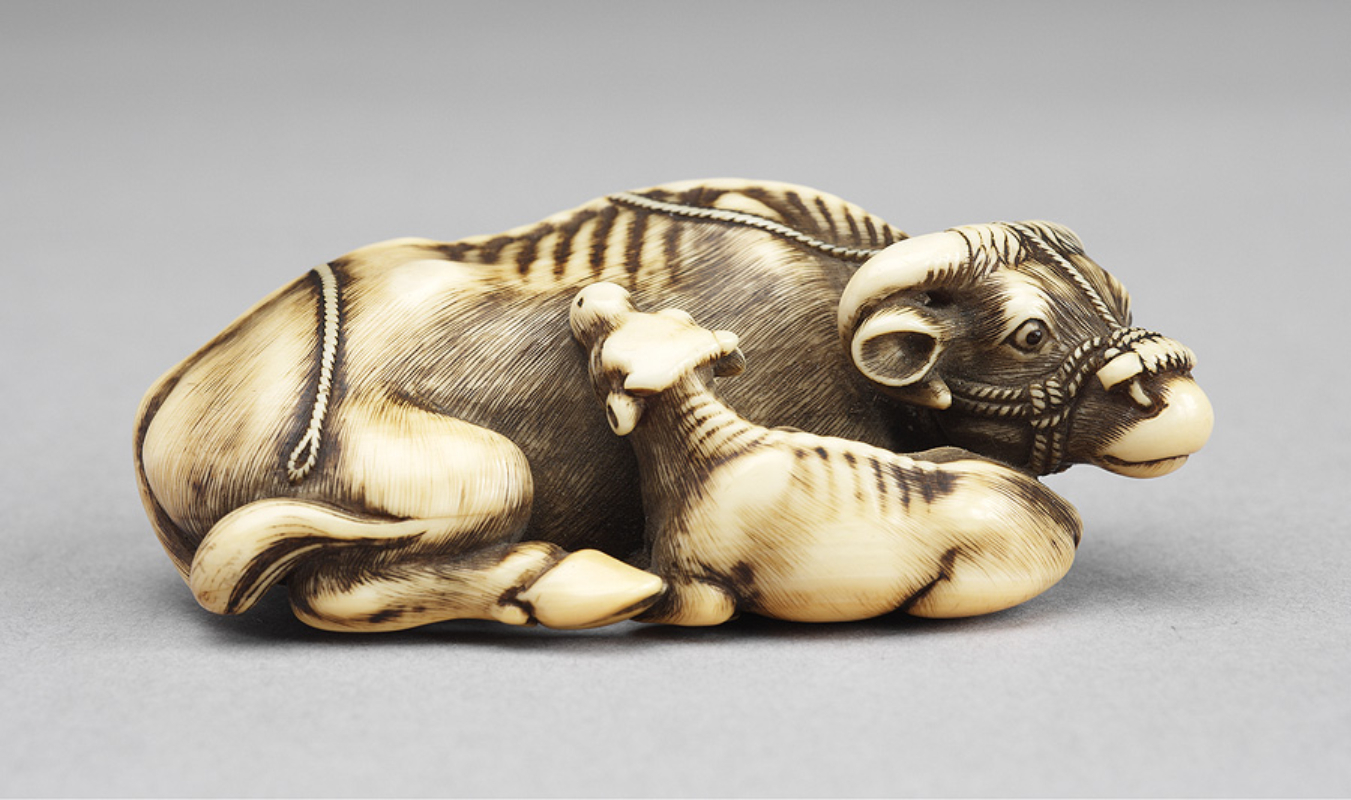 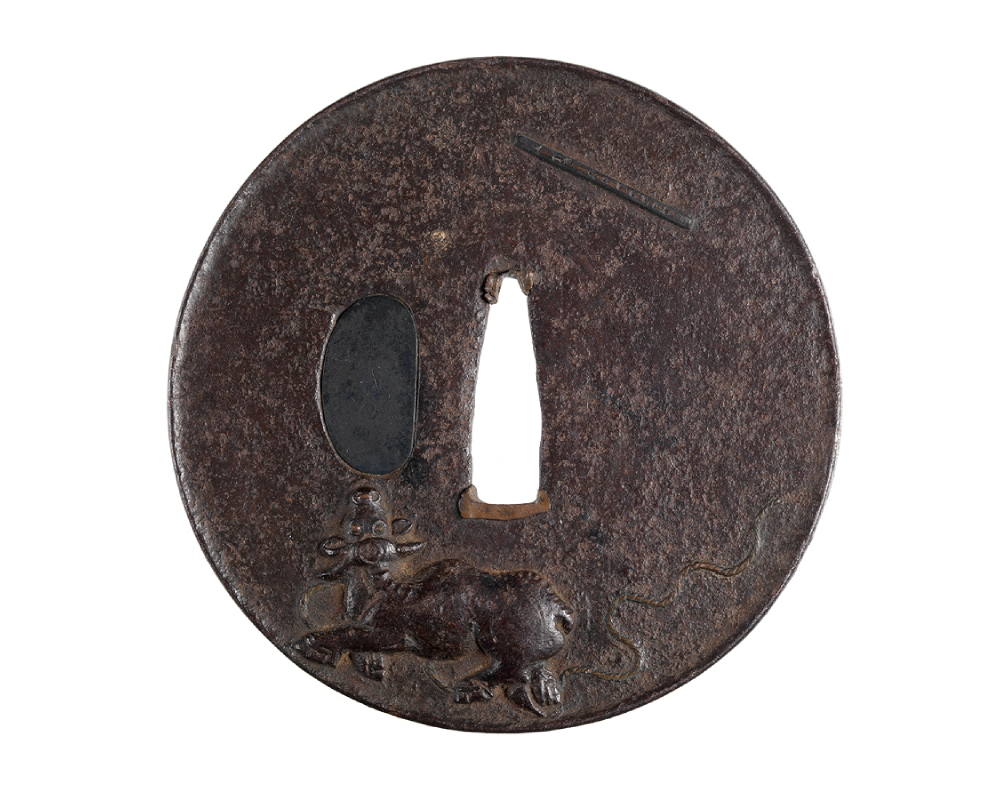 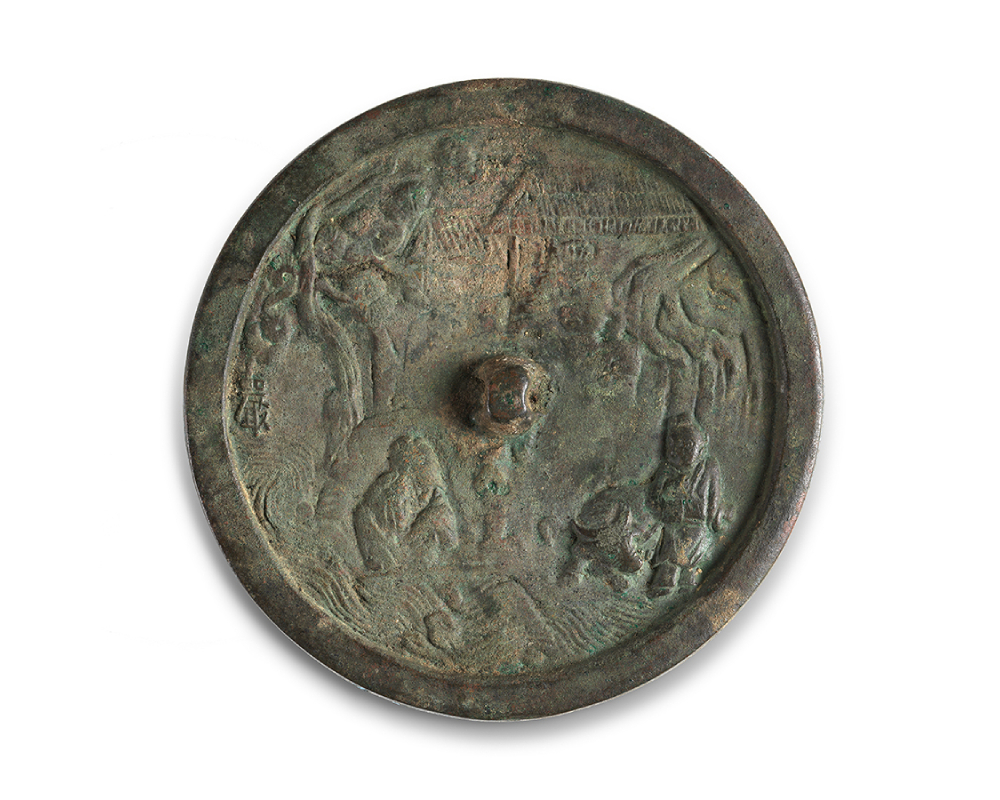 Mirror with the Design of Two Figures and an Ox
Unknown
Chinese
Gift of Doris Todd Brown, class of 1949

The Year of the Ox

Yao Wu is the Jane Chace Carroll Curator of Asian Art at SCMA.

The lunar new year is one of the most important holidays for more than two billion people in Asia and globally. Of Chinese origin and spread via historical influences and diasporic populations, the festival is observed in China, Korea, Mongolia, Tibet, Vietnam, Burma, Cambodia, Thailand, Singapore, Malaysia, Indonesia, and the Philippines and throughout Asian communities in the U.S., Europe and Oceania.

On February 12, the Year of the Ox begins. The ox is the second of the 12 zodiac animals associated with the Chinese lunar calendar, following the rat. Although conventionally translated as “the year of the ox,” the original Chinese character has broader denotation that includes water buffalo as well as cow. As plow animals, oxen have worked side-by-side with humans to cultivate fields for millennia, and have great significance for many agricultural Asian societies.

The animal is a beloved motif for Asian art, and is commonly found on decorative objects, such as a Japanese netsuke (ornamental toggle), a Japanese tsuba (hand guard for sword) and a Chinese bronze mirror, all from the SCMA collection. On a side note, the Chinese zodiac system had long been adopted in Japan along with the lunar calendar. As part of the Meiji-period efforts to modernize Japan, the Gregorian calendar replaced the lunar calendar in 1873. Although the lunar new year based on the old calendar became obsolete in Japan, the Japanese still celebrate the zodiac animals each year.

The lunar new year is a time for celebration and family gathering, but the festiveness has not come by easily for many Asian Americans this year. Not only does the pandemic make family gathering and food sharing, which are the traditional focuses of the holiday, difficult, more devastatingly, the country is seeing a massive spike in anti-Asian racism. The Stop AAPI Hate reporting center documented 2,808 hate incidents in 2020. Just over the past couple of weeks, right before the lunar new year, a 61-year-old Filipino American, a 64-year-old Vietnamese American, an 84-year-old Thai American, and three people aged 55, 60 and 91 in Oakland’s Chinatown were assaulted, robbed, injured and killed. But these atrocities get little public attention, and the Asian American communities are left alone to mourn our invisibility.

Personality traits are often associated with certain zodiac signs. For people born in the year of the ox, they are perceived as diligent and dependable. After reading the tragic stories circulated so far only among Asian American circles, I cannot help but think: doesn’t the ox embody the majority of the Asian American population, especially those elderly victims, regardless of their actual zodiac animal? Diligent, dependable, yet meekly waiting to be slaughtered at the end of a lifetime of hard labor—the ultimate “Model Minority” myth. As the lunar new year comes, I make a wish: may Asian Americans, other POC Americans, and white Americans collectively unlearn dismissing anti-Asian racism, speak up and take action. May the Year of the Ox be a year of justice.