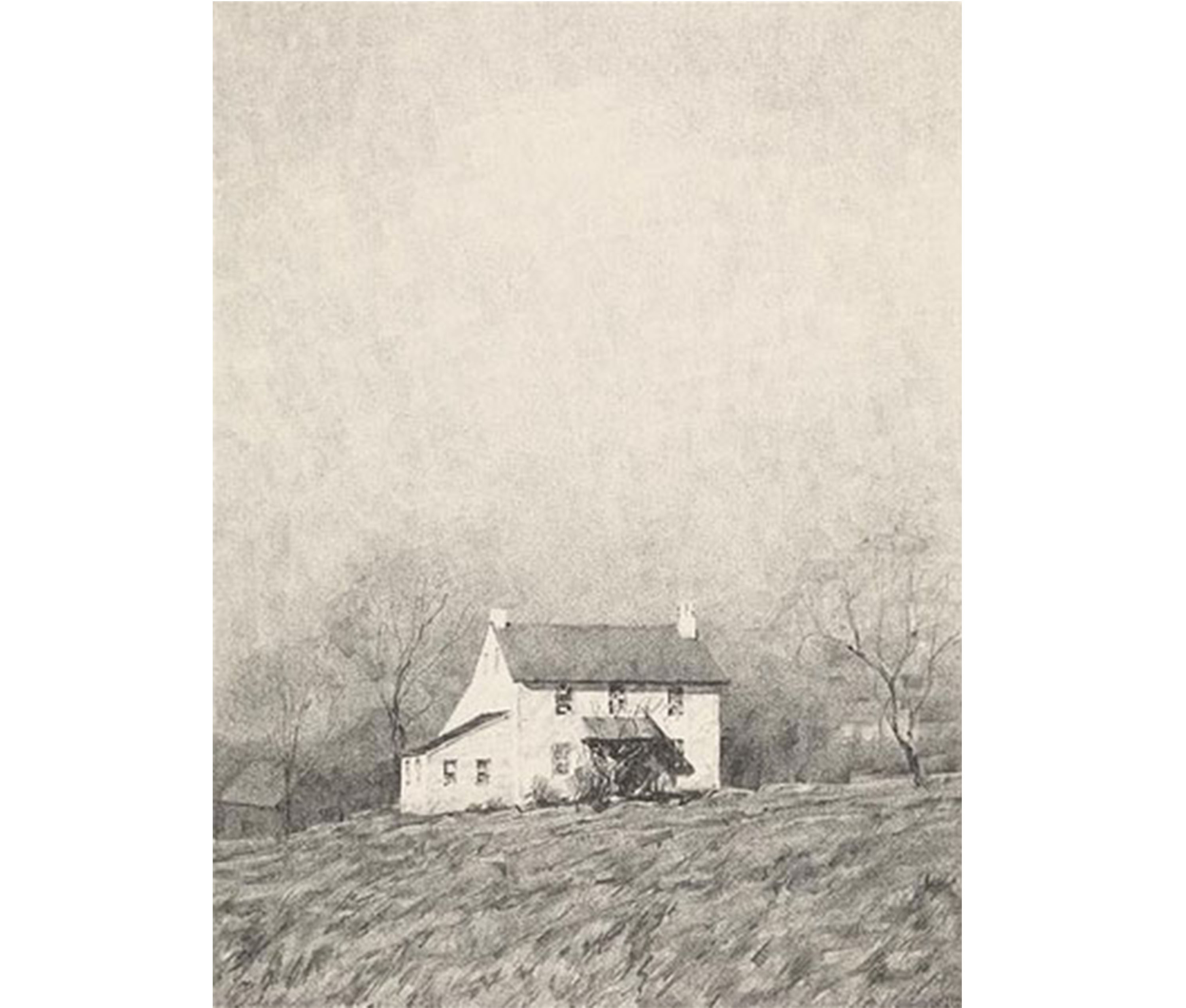 Guest blogger Sarah Ducharme is former Cunningham Study Center student assistant, East Asian Studies major, and member of the class of 2021. This is the third in a series of posts reflecting on the relationship between human beings and the natural environment.

While looking for a piece to pull for a class one day early on in my work with the Cunningham Center I stumbled upon another which struck me in a way no other piece had. Hidden beneath buffered tissue I could see but a faint image, yet it was enough to draw me in. Abandoning my work I turned to that which called me, lifting the sheet of buffered tissue to reveal a most astounding depiction of this mundane coexistence between humans and nature. I felt all at once a wave of calm, a weight of melancholy, and a sense of recognition. To me, such a response can only be the sublime.

This piece, Albert Barkin's November Sunlight, inspired me to explore pieces that to me, express the sublime in human-environmental coexistence. Unlike the older pieces, this one features something undeniably human: a house. Made not of nature, it stands alone within the landscape. With sparse, barren trees surrounding the homestead in an otherwise naked field, Barkin's illustration carries that sure sense of late autumn decay and the melancholy that never fails to accompany it. More recent than the other pieces I have explored thus far, it carries something new. Compared to the scenes within nature, this scene of human life brings to me a sense of melancholy -- a melancholy of a human takeover of nature.

I recognize this is but my own interpretation, but the allocation of space in the piece, as with the earlier pieces, reinforces my intuition. Rather than a positive nature enveloping the human component, it is the human component which stands alone in a landscape manicured to suit it. A bare sky, occupying the negative space above the house and its yard, brings a note of emptiness absent in the pieces set in nature. Along with the barren trees of late autumn, it emphasizes the lack of nature in this environment. It seems to me a mourning and an echo of the future.